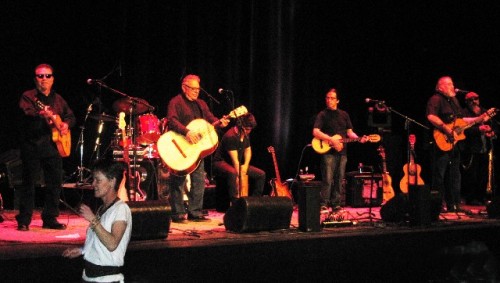 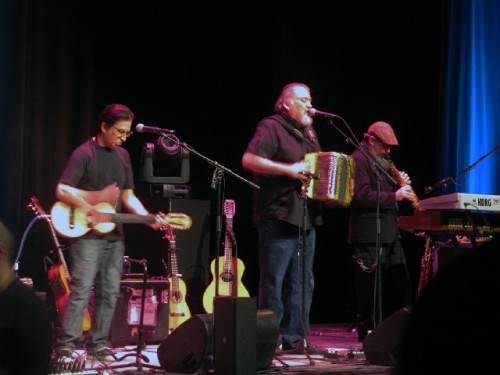 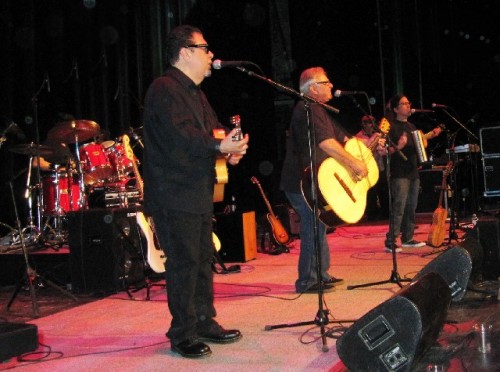 Another side of the East LA based band. 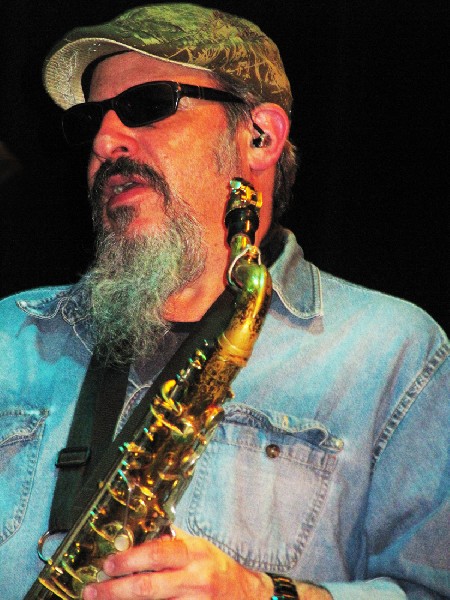 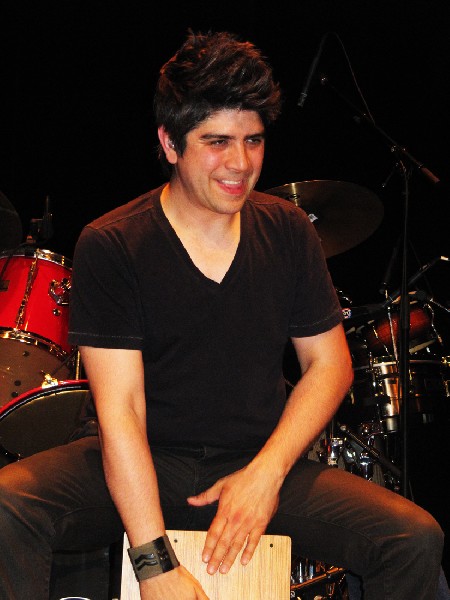 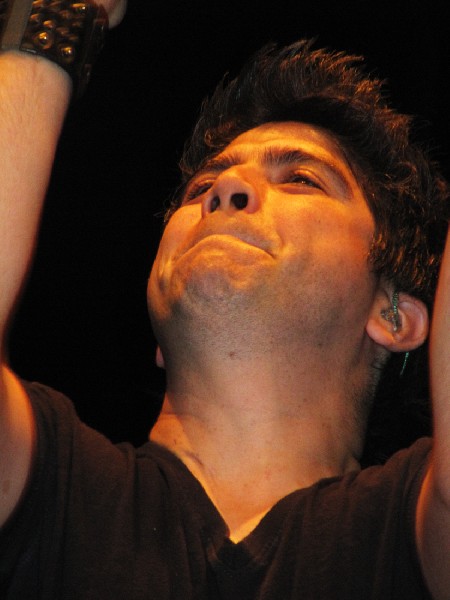 As the youngest and newest member of the band Gonzales is a sparkplug. 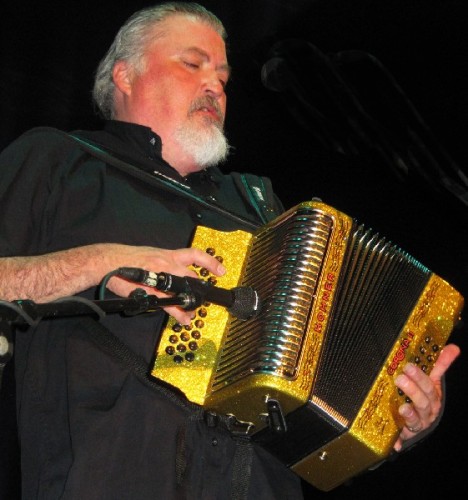 Hidalgo alternated between guitar and accordion. 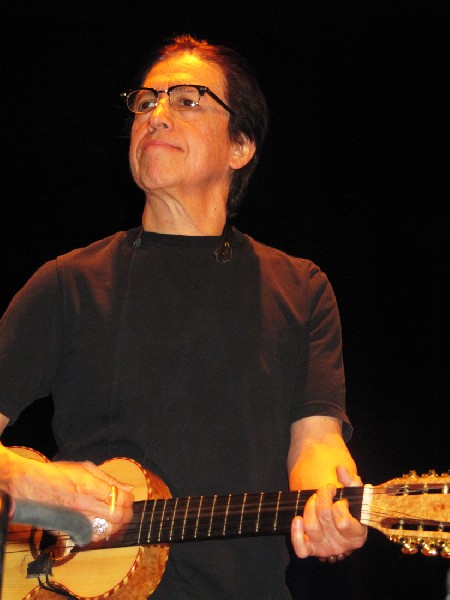 Louie Perez plays guitars and drums with the band. 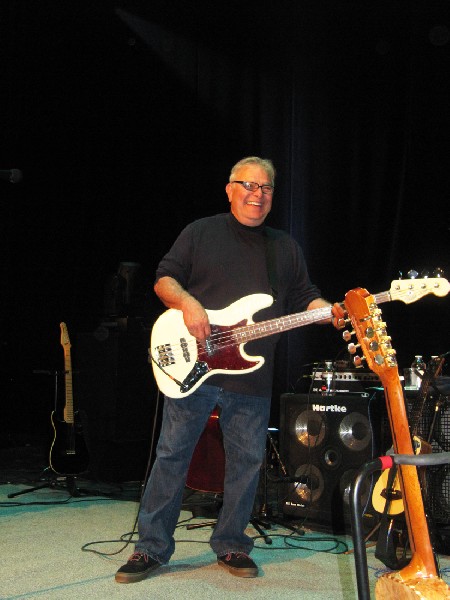 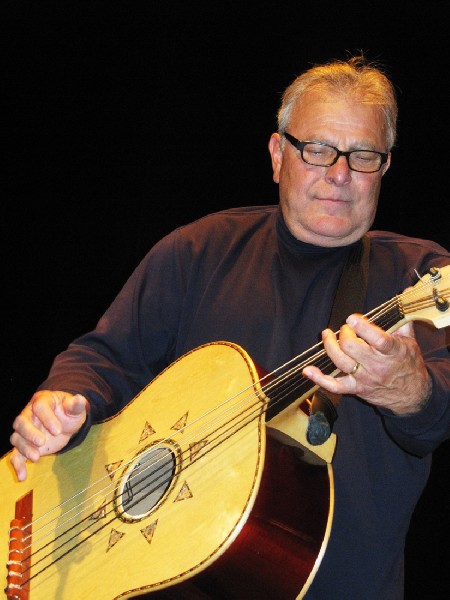 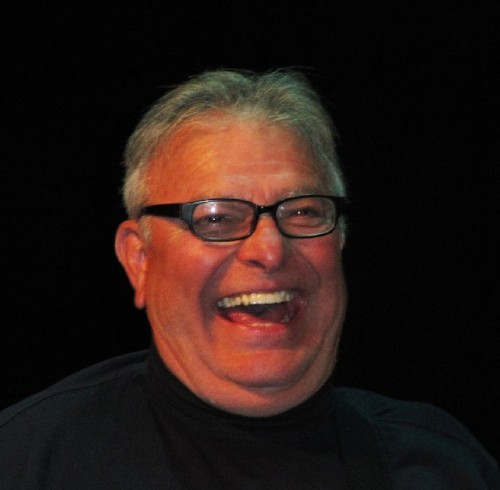 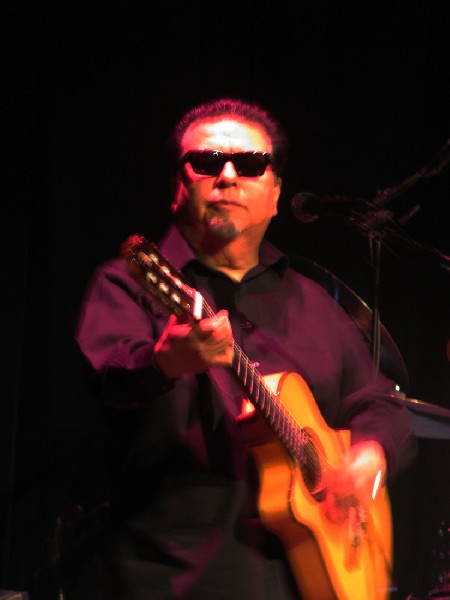 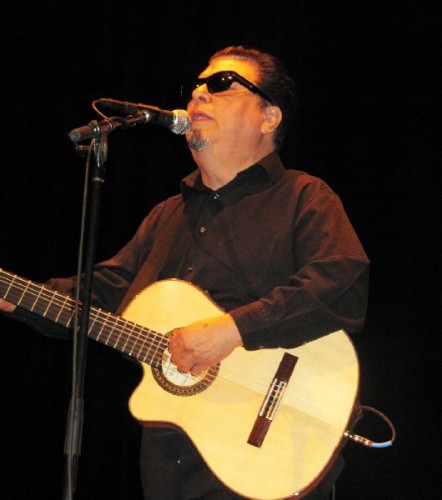 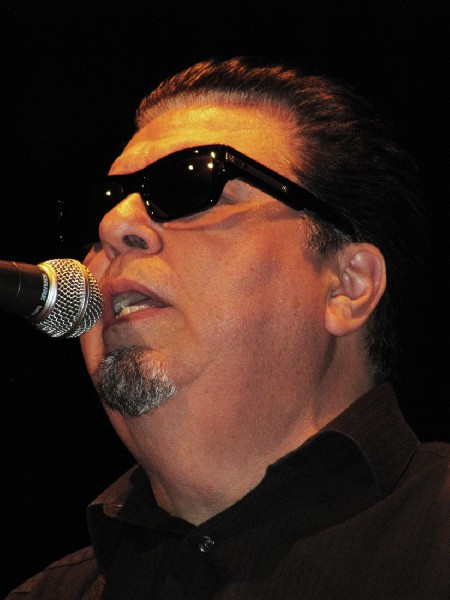 Adding another dimension to the band. 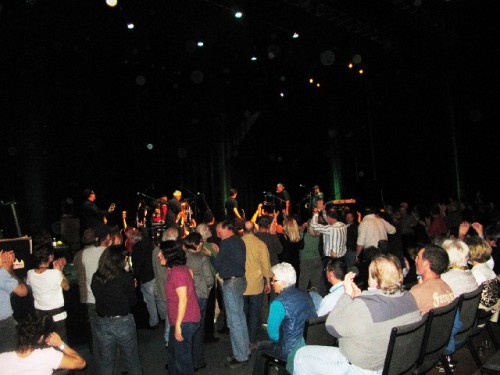 The audience jammed the area in front of the stage. 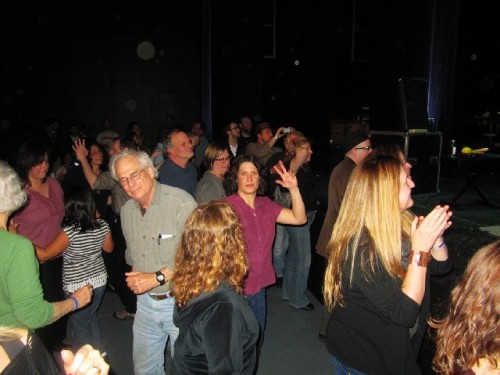 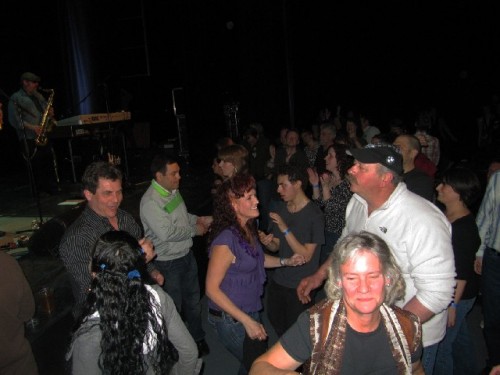 Signs of an early Spring in the Berkshires.

It was the ultimate bicoastal culture clash between the sizzling band with an eclectic mix of rock and interpretations of ratcheted up traditional Mexican music, and a nearly full house of mostly blue collar locals, aging hippies, and bluebloods from neighboring, posh Williamstown.

It was a great turnout for a school night on Holy Thursday prior to the Passover/ Easter weekend.

In April. Off season.

As the terrific programming at Mass MoCA proves over and over again if you book top talent an audience will come, in droves, year round.

Through blizzards if necessary. Though there weren’t any this year.

The pre-publicity had this show billed as the “acoustic” Los Lobos and a “sit down” concert. No they didn’t roll back the seats for a dance party.

“The last time we performed outdoors” commented Hidalgo. He was referencing the band’s last MoCA appearance during opening celebrations in 1999.

Their most recent, critically acclaimed CD, is Tin Can Trust. Over the years the band, which put out an EP (forerunner of CD) “And a Time to Dance” in 1983, has earned multiple Grammys.

While highly regarded it was abundantly clear last night why they are one of the best party/ dance bands of their generation. Significantly, before they dug up enough scratch to cop a van and burn some rubber, they performed  endless weddings and social events in East LA.

It is interesting that this appearance by the Chicano band occurs while the Williams College Museum of Art is exhibiting Asco: Elite of the Obscure. The four person group were to the art of the 1970s and 1980s what Los Lobos were to the music.

During an extended dialogue with Patssi Valdez, a charter member of Asco, she commented on attending Garfield High School with Los Lobos founders Hidalgo and Perez.

While the Chicanos of East LA were subjected to systematic police brutality, and held protest marches in the 1970s which ended in bloodshed, today, they are being absorbed into the mainstream of American social, political and aesthetic culture.

In her Letter from LA: Part Two, professor Patricia Hills of Boston University writes in depth about the Chicano segment of the recent, multi venue museum project Pacific Standard Time.

Given these seismic changes Los Lobos is the fitting sound track for experiencing a virtual reality, evolving American landscape.

That started at Mass MoCA when Enrique “Bugs” Gonzales, the youngest and newest member of the band came on stage to perform an extended drum solo. He was the rhythmic spark plug for an evening that was plugged in and anything but acoustic.

The set started slowly on a low key basis with “Angels of Dirty Faces.”

As was true all evening we strained to hear the lyrics. Between the first several songs Cesar Rosas seemed increasingly frustrated with the sound mix. He raised his arms indicating that the amps needed to be boosted. It seems the on stage monitors made it difficult for the musicians to hear what they were performing. During the first half hour the acoustics improved but were never right.

If you couldn’t catch the lyrics, well, you just rocked out to the music.

Among the songs we recognized were “Saint Behind the Glass,” “The Neighborhood,”  “Cumbia Raza,”  and  "Will the Wolf Survive."

Initially, a few ladies left their seats and started to dance off to the sides of the edge of the stage. A few more fans gradually ventured out and joined them. A gonzo, portly dude, an apparent enthusiast of the bar, flamboyantly danced across the area in front of the stage. Performing a slow drag with swirls and twirls. Then he bolted from one end to the other. Perhaps back to the bar for a refill.

Dramatically, Rosas followed his progress and gave the audience a “what the heck was that” look. He commented how much the band appreciated the dancers.

"Let's get this party started" he said.

That served as an open invitation as the broad area between the stage and seating became jammed with gyrating bodies with varying degrees of  skill. One dude, probably a Williams Prof, just stood in front of the stage hardly moving, arms folded, absorbing the music. By contrast a graceful chica had all the right moves.

The music was just wonderful as the musicians demonstrated a great range of instruments and techniques. Berlin wailed on a tarnished, vintage, baritone sax. It provided a lot of bottom to the sound. He switched off to tenor, soprano sax, flute and electric keyboard. He is also a noted studio guy and producer.

Lead vocals and guitar riffs were divided between Rosas and Hidalgo. Now and then Hidalgo switched off to accordion. Perez, who has a stoic stage demeanor, played rhythm guitar, and a variety of stringed instruments. He also sang backing vocals and occasional leads. At one point he took a turn at the drum kit.

In addition to electric bass Lozano also performed on a large, full bellied, six string guitar which one associates with traditional Mariachi bands. It had an interesting amplified sound somewhere between guitar, bass and cello.

By the end of the set those who didn’t make it down to the dance floor were cheering and stomping. The whole joint was rocking.

After a long set Hidalgo said “Buenos nachos amigos.” But hinted that it ain’t over till its over. Not till the fat lady sings. “We’ll be back. But it’s up to you.”

There was a long break before the band returned to the stage.

“Conrad wants to sing a song for you” Hidalgo announced. There were smiles of recognition and applause for "Guantanamera."

Astrid and I were dancing up a storm to the familiar anthem. Then, close to the witching hour, we were slip sliding away.