Still Alice Depicts Disease but Not Its Metaphors

Another Take on Alzheimer's 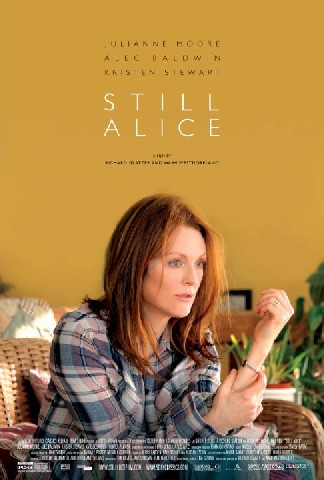 Photo from imdb.com. Some of that natural sunlight that occurs throughout the film illuminates Julianne Moore already well into the disease. 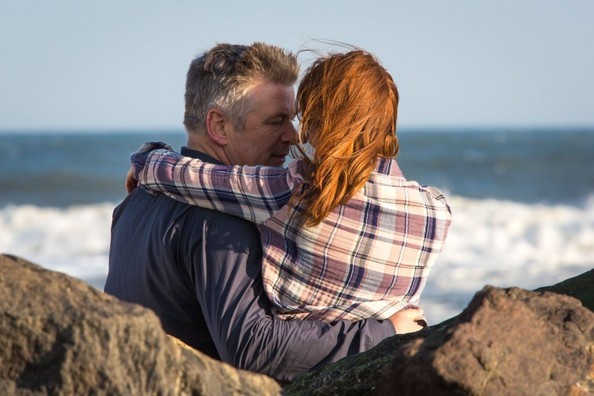 Photo from schmoesknow.com. Alec Baldwin and Julianne Moore cuddle on the beach outside their beach house; a lot of the film is set at this peculiar location. 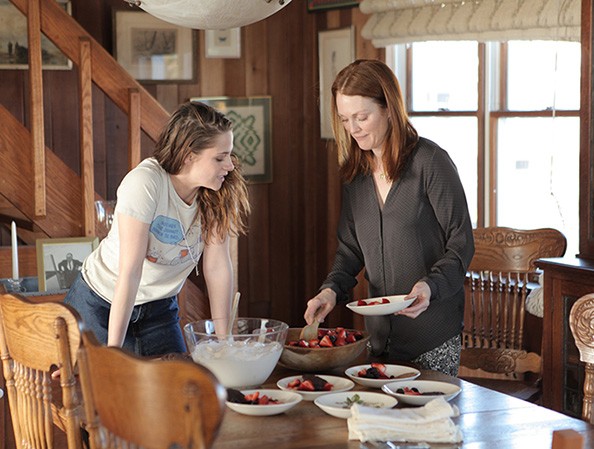 Photo from news.instyle.com Mother and daughter have a bonding moment as Lydia asks about how Alice is experiencing the disease. 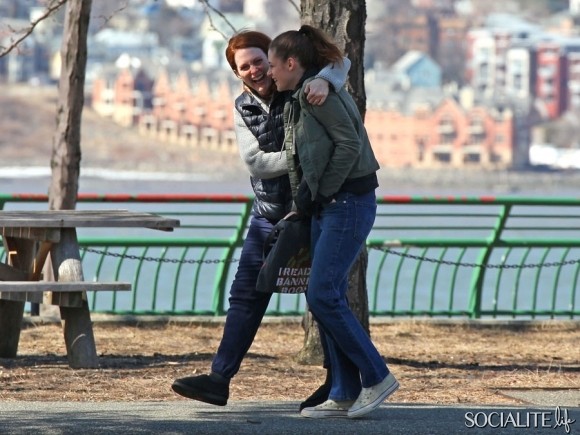 Photo from socialitelife.com Lydia and Alice continue to deepen their relationship through the film; it’s the most interesting dynamic in the film. 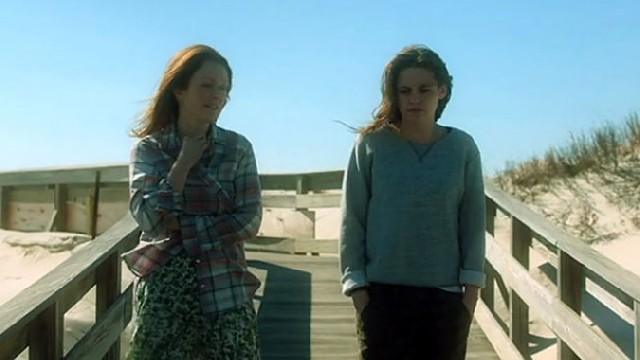 Photo from hollywoodreporter.com The tracking shot in this scene is one of the most interesting formal elements throughout the whole films and shows great finesse from both directors and cinematographer.

“Still Alice” can, like other films, seem to be a commercial attempt to propagandize an issue evoking more empathy about it. It is nothing like those types of film. Tt draws its portrait of Alice Howland (Julianne Moore) who has early onset familial Alzheimer’s disease with quiet precision, using a variety of cinematographic techniques. The blend of first-person closeness to Alice and the wider shots give the film  great pacing and let us understand this woman’s struggle.

Moore’s performance is one of the best depiction of a character with a disability, comparable to Eddie Redmayne (“The Theory of Everything”), Emmanuelle Riva (“Amour”), and Javier Bardem (“The Sea Inside”). The difference from those three is that her illness is internal, mental and so much more difficult to show. She portrays the fear that we all have of losing our memories and does so with such uncanny realism that it’s difficult not to weep out of exasperation at her state.

Her relationship with John Howland (Alec Baldwin) is difficult to take seriously because of his tendency to play more nefarious and less charismatic characters. The standout supporting performance is Kristin Stewart’s who has been an underrated actor and needs to be in more movies like “Still Alice.” She’s shown her talent in the voiceover of “Into the Wild” and her recent roles in “Camp X-Ray” and “Clouds of Sils Maria.” Lydia Howland (Stewart) is a struggling actor trying to make her way through theater but has only so far performed in small venues. She’s the one who gets closest to her mom as the disease worsens. She’s anxious and tenderly caring and completely understandable from a young person’s point of view.

The film doesn’t shy away from depicting the disease as ugly but as Alice says in a speech she gives at an Alzheimer’s disease conference: “I’m not suffering; I’m struggling.” It makes it so much more tragic that she’s a world-renowned linguistics professor and that her Lydia also tested positive for the disease since it’s familial.

A clear message from the film is difficult to obtain and maybe looking for one should be cautioned against. One of the directors, Richard Glatzer, was struggling with Lou Gehrig’s disease and died on March 10, 2015. Fortunately he was able to see the film released. His partner Wash Westmoreland is the other director and while the reference is subtle and maybe a little to allegorical, AIDS is brought up. Lydia performed in “Angels in America” before and the play serves as a key point of connection for the mother and daughter. But the film ultimately deals with diseases and not overcoming them, but living with them, going on even though they’re a part of everyday life.

“Still Alice” is a simple story but it gives us so many things that are never written out in the story, subtleties and images that make it worth following even if it is painful. We see all kinds of natural sunlight in this film, giving it warmth but also the feeling, sometimes, of an impending sunset but one that comes along slowly. This subtlety is interesting to follow throughout the film, to see how the sunset light falls on the characters, not as a signifier of death or an end but just as a meaningless, beautiful sunset.