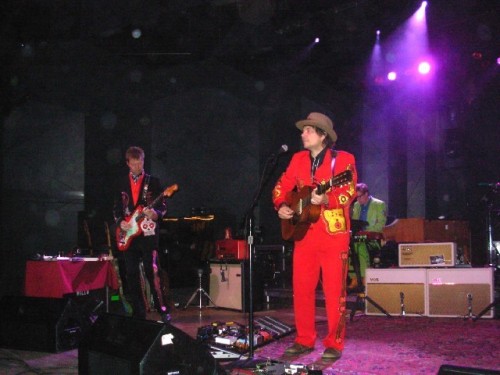 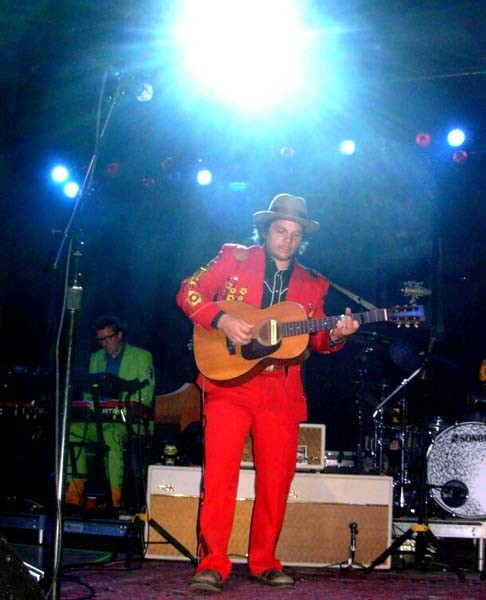 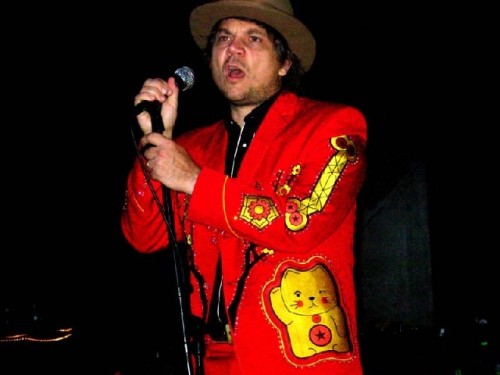 Jeff Tweedy in a groove. 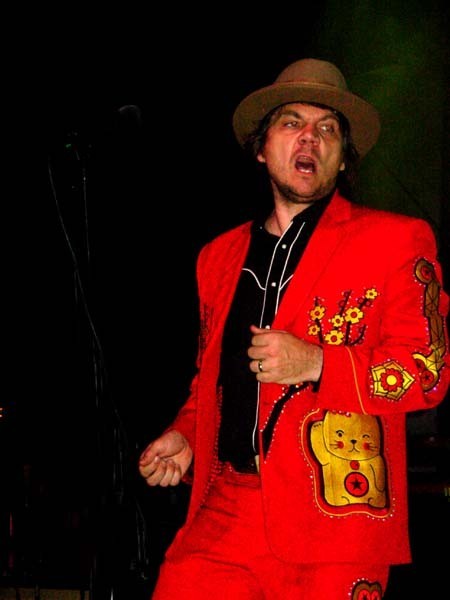 Tweedy in a classic Nudie’s of Hollywood suit of lights.

Two summers ago Wilco blew the roof off the shed at Tanglewood. It was a rare and memorable rock event in the Berkshires. It also put the fear of God in the hearts and minds of hard liners. Good grief, fouling the hallowed grounds of that great monument to tradition.

Sure the kids were rowdy and the mostly senior citizens assigned to usher and keep the kids in line were overwhelmed. We mobbed the stage, drank (actually Tanglewood sells beer) and that sweet smell wafted through the summer air.

The SOLID SOUND FESTIVAL is a new festival curated by the Chicago band Wilco. It debuts August 13 - 15 at MASS MoCA (Massachusetts Museum of Contemporary Art) in North Adams, MA. The SOLID SOUND FESTIVAL is an independently promoted and ticketed three-day event of music, art, comedy, interactivity and more. Wilco headlines the weekend, in the band's only East Coast performance of the summer. This new festival also presents individual performances by all the Wilco members' side projects including Glenn Kotche's On Fillmore, The Nels Cline Singers, The Autumn Defense featuring John Stirratt and Pat Sansone and Mikael Jorgensen's Pronto.

Tickets for SOLID SOUND FESTIVAL are on sale this Friday, April 9 through the band's official website wilcoworld.net and through solidsoundfestival.com

Art on display during the festival includes the Sol LeWitt wall Drawing Retrospective (chosen #1 exhibition of the year by Time magazine); Inigo Manglano-Ovalle's Gravity is a Force to be Reckoned With; a major exhibition of work by Petah Coyne; Material World: Sculpture to Environment, a group exhibition; Leonard Nimoy's Secret Selves; and a new installation by Michael Oatman.

Tickets for Wilco's Solid Sound Festival will go on sale on-line on Friday, April 9, at 10 AM through www.massmoca.org
or at 11 AM in person at the MASS MoCA Box Office.  More information is available at www.solidsoundfestival.com

From April 9 to May 31 tickets for the three-day event are $78, after June 1 tickets are $91. Children under 6 are free. The event is rain or shine. Tickets are general admission and are available through the MASS MoCA Box Office located on Marshall Street in North Adams from 11 AM until 5 PM daily.