Film Celebrates Women Who Made It Happen 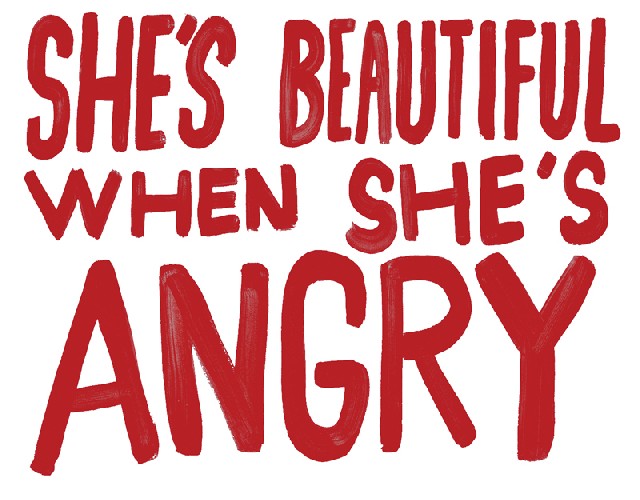 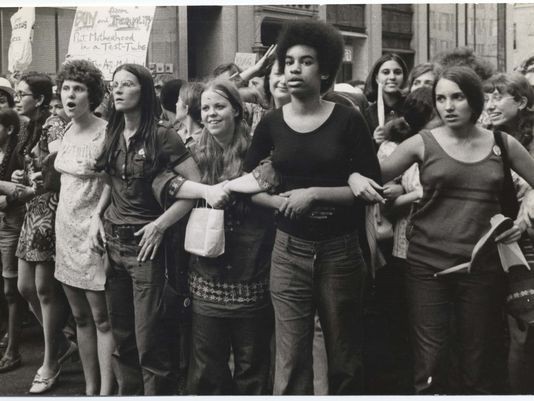 She’s Beautiful When She’s Angry is a new film documentary that takes us back to the early days of the women’s liberation movement in 1966-71. The film reminds us of how many gains were made back then, how much we’ve lost recently, and how much is still to be fought for in the future. If you’re a woman of a certain age, the film may make you mad at what we put up with then and still endure. If you’re a younger woman  the film can be eye-opening and provocative.

The battles for women’s rights are not over. Read the stories about the sexual harassment lawsuit against Kleiner Perkins, a major venture capital firm. Plaintiff Ellen Pao lost her case, but it shines a bright light on the gender issues in the VC and tech industries. (Best quote from the case: When another woman partner complained to her employer about sexual harassment, she was told she should be “flattered.”)

In the '60s, I would have been appalled but not surprised by a remark like that.

Yes, the world of the 1960s was as it’s portrayed in AMC’s "Mad Men." Classified ads, organized under “Help Wanted-Female” could specify that the secretary be attractive as well as skilled on the keyboard and steno pad. It was assumed that a woman would stay home, take care of the house and the children, and be ready with dinner and a drink for her husband at the end of the day. A career? Nope. Life was a series of no’s.

At Steinmetz High School, I couldn’t take print shop because I was a girl. No matter that my father ran a printing company. In college, we were told we couldn’t be lawyers and we couldn’t cover hard news for the newspaper. This almost-Missouri BJ grad couldn’t be hired as a copywriter for the big industrial company that was interviewing on campus. “We only hire girls as researchers.” As late as the early ‘80s, I was denied a credit card in my own name. It makes my blood pressure soar to think of it.

(To be fair, I should note that I was editor-in-chief of the Steinmetz Star, the student newspaper and co-editor of ShowMe, the Missouri humor magazine, formerly an all-male province. So I did overcome some barriers.)

"She’s Beautiful When She’s Angry," a 90-minute film directed by Mary Dore, does not spend a lot of time glorifying the feminist icons of the 1960s. Gloria Steinem, Betty Friedan, Bella Abzug and Germaine Greer make appearances. But the film focuses on the women—the activists and organizers—who made things happen on the ground in New York, Chicago, Washington, San Francisco and other cities. This is their story.

The film title itself, of course, is a male slur on women’s progress. The director just puts the title out there and lets it marinate with those of us who remember it. “You’re cute when you get mad,” a certain male used to tell me.

The women’s movement came together in the early 1960s in a confluence of other protest movements. The civil rights movement for racial equality, the anti-war movement brought on by the Vietnam conflict and women’s efforts for equality in all spheres of life.

The film focuses on so-called second-wave feminism: the fight for equal pay, career opportunities, abortion rights, and working mothers’ desperate need for child care services. (The first wave of feminism is considered to be the suffrage movement of the later 19th and early 20th centuries). The film shows the formation of the National Organization for Women in 1966 and the later fight within NOW for recognition of the rights of lesbians (who called themselves the “lavender menace”).

With excellent film sourcing and editing, the film shows footage of the organizers in their 1960s marches and speeches and interviews with them today. The strength and commitment to the spirit of the movement are still potent in  contemporary interviews.

Some of the important, albeit light-hearted, aspects of the movement are shown too.

Protests against female objectification at the Miss America pageant in 1968 with theatrical demonstrations outside the Atlantic City Convention Center, organized by the New York Radical Women.

The movement for women to know their own bodies, that began with a conference in 1969 and resulted in a stapled book titled "Our Bodies, Ourselves." Women are shown in one scene using mirrors and flashlights to understand and examine their own bodies.

The Chicago Women’s Liberation Rock Band, which performed from 1970 to 1973 and toured the Midwest and east coast. (There also was a sister band in New Haven.)

Publishing efforts such as" It Ain’t Me Babe," a one-shot feminist comic, and books published by The Shameless Hussy Press.

"She’s Beautiful When She’s Angry" is well researched and beautifully edited. It’s funny and fascinating in its overview of how far we have come and how far we still have to go. As activist Virginia Whitehill says near the end of the film, “the bitter lesson is that no victories are permanent.”

"She’s Beautiful When She’s Angry" will be screened again in May at the Gene Siskel Film Center in Chicago and screenings continue in other locations. If you’re a woman of a certain age, take a young friend to see this film. Our generation is still energetic and aggressive in fighting for women’s rights, but we need to recruit the Millennials to carry the crusade into the next generation.

Nancy Bishop is a Chicago native who writes about the city she loves, especially all its glorious theater, films, books, art, architecture, design, and rock and roll.  She blogs at nancybishopsjournal.com and contributes reviews to gapersblock.com, a Chicago-centric website, and culturevulture.net, a national arts website. Follow her on Twitter @nsbishop. Reposted courtesy of Chicago Literati.