Response to Pandemic Challenge for 2020 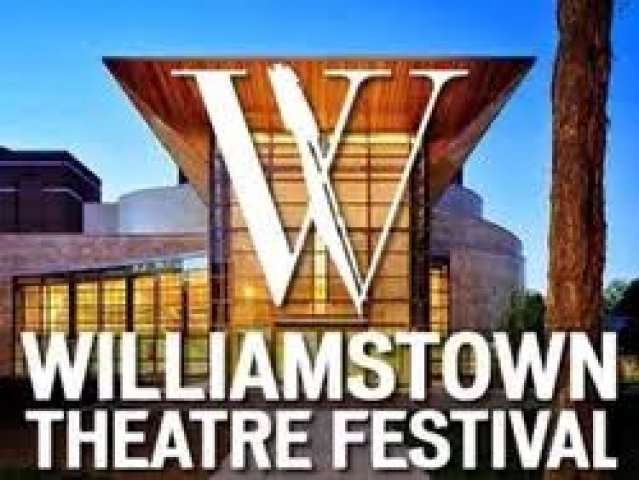 Forged during and in response to a fraught moment in history, this unprecedented collaboration between two industry leaders preserves the Festival season in a different format, provides continued work for the artists involved in the Festival season, and produces a body of work that will be made available for global Audible listeners to enjoy and experience. It also marks the first time that a theatrical season of work will be produced on Audible.

“This virus might get to tell us what we cannot do but it does not get to dictate what we can do,” Greenfield said. “The voices of these artists will be heard. Through this alliance with Audible, we keep artists and the generative artistic process centered and steady through this unspeakably difficult moment when public gathering simply isn’t possible. Doctors, nurses, healthcare workers and scientists are on the frontlines saving humanity right now; theatre makers can only continue to create work that gives the life we arrive at, on the other side of this crisis, meaning, depth, humor and beauty.”

“Powerful and transcendent, Williamstown and its artists have consistently produced some of the most memorable theater of our time,” Navin said. “Deeply dedicated to our mission of bringing more theater to more people, Audible is thrilled to collaborate with Williamstown in making an extraordinary lineup available to millions of people worldwide. The artists and these poignant works deserve to be experienced and will undoubtedly entertain and inspire audiences everywhere.”

ABOUT THE 2020 WILLIAMSTOWN THEATRE FESTIVAL SEASON

Following his 2019 production of A Raisin in the Sun, celebrated as “an absorbing, watershed revival,” by The New York Times, Robert O’Hara returns to Williamstown Theatre Festival to direct this Tennessee Williams masterpiece. With Emmy, Grammy, and six-time Tony Award winner Audra McDonald as Blanche DuBois alongside Carla Gugino as Stella and Emmy Award winner and Tony Award nominee Bobby Cannavale as Stanley, O’Hara takes a fresh and visceral look at the emotionally charged relationship between these two iconic sisters. Haunted by her past, Blanche seeks refuge with Stella and Stanley in New Orleans, where she wrestles with the nature of her sister’s husband, her sister’s denial, and her own unraveling mind.

Ginny (Emmy Award winner and Tony Award nominee Kate Burton) and Bill Dahl raised their family with love, music, and Jesus. Every Christmas they welcome home their adult children with carols, figgy pudding, and a vat of Manhattans. But the holiday sours when their devout daughter Diana (Emmy and Golden Globe nominee Taylor Schilling) unsettles her secular siblings (Michael Esper and Rebecca Henderson) with her evangelicalism. Trip Cullman directs this dark comedy by Leslye Headland about a family whose fierce determination to love each other may not be enough to keep them together.

In 1951, chemist Rosalind Franklin works relentlessly in her King’s College London lab, closing in on a major discovery that could unlock the mysteries of the DNA molecule. Undermined by her colleague Maurice Wilkins, she struggles to compete with rival team Watson and Crick as pressure intensifies to produce results. Following a critically acclaimed run in London, Anna Ziegler’s play is brought to life in a new production directed by five-time Tony Award winner Susan Stroman, honoring the monumental contribution of one scientist with two X chromosomes whom history nearly left behind.

Nazanin (Marjan Neshat) and her friends are on the brink of adulthood. As they prepare for a wedding, outside their living room the Iranian Revolution simmers and threatens to alter the course of their lives. Set over the course of 14 years, Sanaz Toossi’s timely world premiere play, directed by Gaye Taylor Upchurch, shines a light on the daring potential of friendship amid the relentless aftershocks of political upheaval.

In Shakina Nayfack’s world premiere play, a vibrant, international group of transgender women band together at a hotel in Thailand to confront the challenges and joys of gender confirmation surgery. Despite the group’s warm welcome, Kina (Nayfack) prepares for her life-altering operation all alone. But a caring nurse, a wise couple (Kate Bornstein and Annie Golden), and a karaoke-loving bellhop may be exactly who she needs to ignite her truest sense of self. WTF Associate Artistic Director Laura Savia directs this spirited comedy about one woman who tests the bonds of an unlikely sisterhood.

Tori aims to be the first woman to row solo across the Atlantic. As a child, she raised her younger brother Lamar, defending him against discrimination and neighborhood bullies. Now, with nothing but her body and a hand-built boat, she squares off with her own tormentor: the ocean. Inspired by A Pearl in the Storm by Tori Murden McClure, this uplifting world premiere musical, directed by Tyne Rafaeli with a book by Daniel Goldstein and music and lyrics by Dawn Landes, interrogates and reveals the resilience, fear, and ambition inside one individual undeterred by the odds.

Lydia and Henry’s dinner guests are about to arrive when Henry’s spontaneous marriage proposal threatens to burn the evening to a crisp. Wine bottles and years of unspoken tensions are uncorked, and, before the evening is through, Lydia must confront her long-held fears and feelings if she’s going to commit to a future with Henry. Directed by Whitney White, Stacy Osei-Kuffour’s world premiere comedy marches into the muddy intersection of romantic entanglement, identity, pride, and survival.