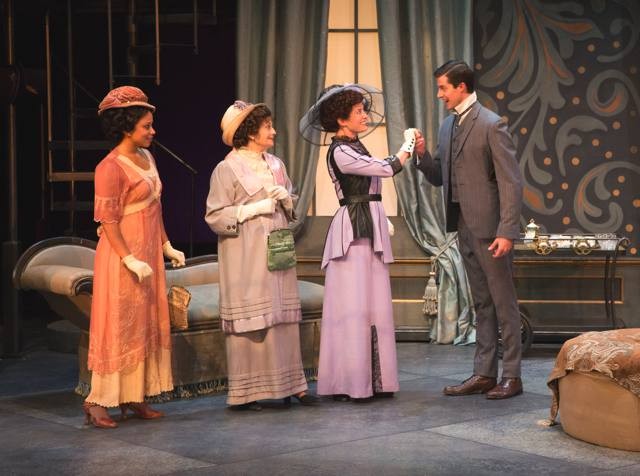 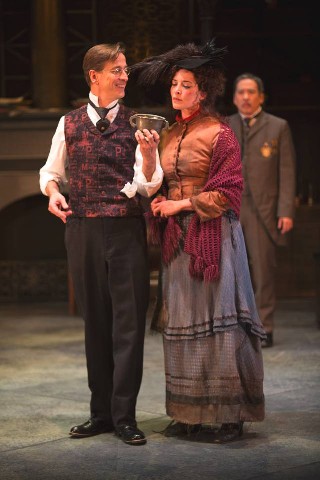 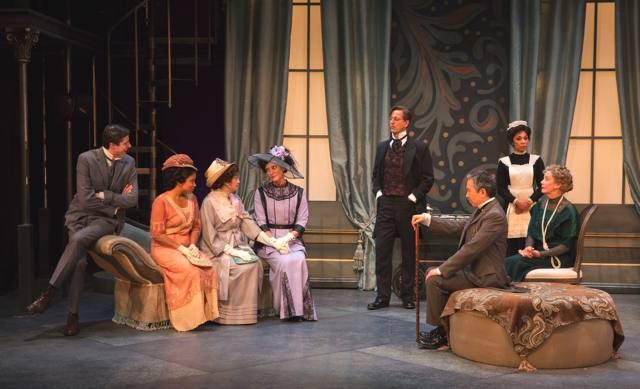 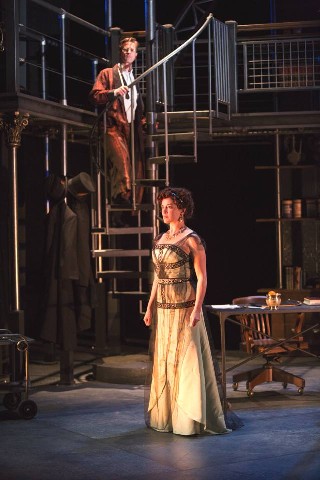 The brilliant, irascible and prickly Irish playwright George Bernard Shaw never met an upper-class Englishman that he didn’t want to skewer in some way.  Mainly, he did it with his blistering wit and biting sense of humor with particular emphasis on the upper-class Edwardians and their way of life and language snobbishness. Drop that “h sound” and you were relegated to the working class or worse – a life apart from the entitlements of those maddening Brits beginning with Queen Victoria.

Ireland has produced some pretty fair writers over the years. But arguably, Shaw, Oscar Wilde, James Joyce, and Sean O’Casey, are in the upper tier of writers who love to poke their literary fingers into the eyes of those residents just to the east and across the Irish Sea.

“Pygmalion”, Shaw’s best known work on this side of the Atlantic shouldn’t be confused with the love child of Alan J. Lerner and Frederick Lowe – “My Fair Lady”.  MFL is a musical block-buster that has forever altered the perception of Shaw’s more erudite and provocative insights into the Anglo and American society of acceptable misogyny.  When it comes to Henry Higgins and Eliza Doolittle, in “My Fair Lady” love triumphs and they fall in love, and everyone lives happily ever after. Americans dearly love happy endings. At the end of “Pygmalion”, however, Shaw insisted that Henry and Eliza do not fall in love and marry.  Therefore, please bring your acceptance of an unexpected and ambiguous ending to Shaw’s original interpretation of “Pygmalion”.

Staged with intelligence by director Jessica Kubzansky, who has a complete mastery of Shaw,      the story, unless you have been living in a cave for the last 100 years, centers around Henry Higgins (Bruce Turk) a comfortable upper-crust English language and phonetics professor who meets Eliza Doolittle (Paige Lindsey White) a cockney flower girl outside Covent Garden following a performance with his friend Colonel Pickering (Stan Egi).  Higgins decides, as a lark, that he can turn this flower-selling cockney girl into a proper sounding lady of high society; worthy of attending the annual Governor’s Garden Party Ball in just six months.  A wager is placed with his friend Colonel Pickering to seal the deal and the transformation of Eliza into a lady begins.

Along this arduous road of re-invention, Shaw throws biting and challenging societal road blocks into the Higgins/Doolittle dynamic.  In short, Eliza resists Henry’s attempts to “civilize” her.  He views her as a maddeningly screeching, stubborn, lower-class female creature.  His misogynistic tendencies, however, are not lost on his mother, sensibly played by Mary Anne McGarry, who loves her son but is weary of his uncalled for and outspoken comments when in the company of her upper-class lady friends. His friend Colonel Pickering, an enlightened English gentleman, and Mrs. Pearce, Henry’s housekeeper nicely and patiently played by Ellen Crawford, along with a wonderfully comedic performance from Time Winters as Eliza’s dustman father (a garbage collector in America) Alfred P. Doolittle, enliven the talky play.  In the musical the narrative threads of the story are propelled by the lyrics.

Bruce Turk’s Higgins is idiosyncratic, properly self-absorbed, and oblivious to the female sex and to his hormonal urges.  He is guarded and slightly smug in Act One, but begins to weaken in Act Two when his latent feelings for Eliza begin to kick in.   It’s a nice nuanced study in focus, commitment, and restraint on the part of Turk, despite his leading man good looks and the chemistry between himself and Eliza.
Paige Lindsey White’s take on Eliza is different in that she is a strong counter-weight to Henry’s misogyny.  A beauty, once Mrs. Pearce cleans her up, even Henry has to take notice. Even before Women’s Voting Rights arrived Eliza was probably on the front lines of the budding movement.  When two such well-drawn and interesting characters come together it’s a safe bet that there will be a testing of wills somewhere along the arc of the story.  This is the war between the sexes that so fascinated Shaw over the years.  His own relationship with Irish Heiress Charlotte Payne-Townsend, whom he married in 1893, was an odd contract.  Their marriage was never consummated.  Charlotte encouraged Shaw to have affairs with married women.  Sort of the first marriage agreement that we would call today “an open marriage”.  Pretty racy and scandalous stuff for 1893 Edwardian England.

One of the strengths of the Pasadena Playhouse is their diverse casting choices which has become a Hallmark of their productions.  For example, in “Pygmalion” Colonel Pickering is solidly played by Asian-American actor Stan Egi.  Freddy Einsford-Hill’s sister Clara, is portrayed by young African-American actor Carolyn Ratteray, who dazzles with a beautiful smile and flashing eyes and fits the family profile of any proper English family.  Remember, it’s the acting that counts, paraphrasing Bill Clinton’s political slogan of “It’s the economy stupid” of twenty years ago.

The creative team led by director Kubzansky is first rate as evidenced by the sumptuous set design by designer Stephanie Kerley Schwartz, and the gorgeous costume designs of Leah Piehl captured in the lighting design Jaymi  Lee Smith.  It’s good to see Casting Director Julia Flores’ name once again in the program (she has a sharp eye for just the right people to consider for her directors).

This highly entertaining “Pygmalion” production runs at The Pasadena Playhouse through April 12, 2015.