What I Learned in Paris 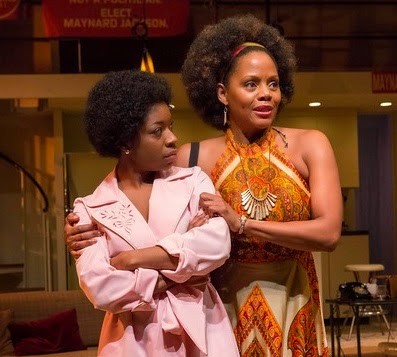 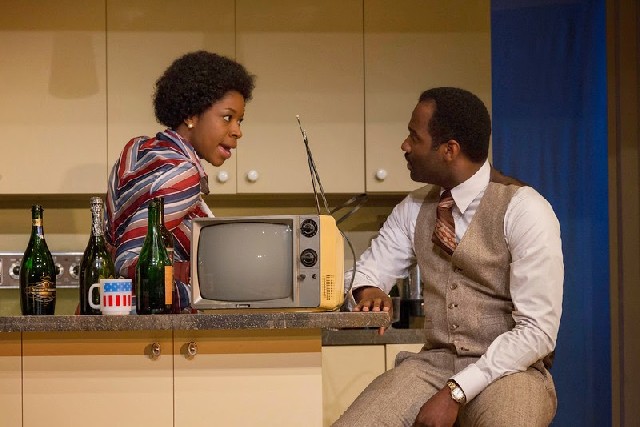 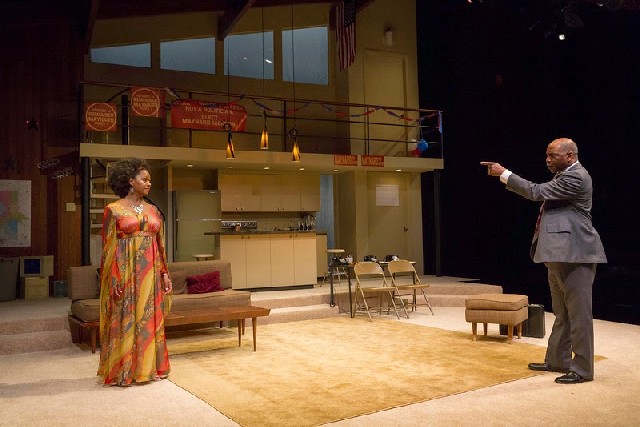 It’s not often that you can go to a play with no preconceived notion and have your socks off. That was my experience at "What I learned in Paris" at the Indiana Repertory Theatre. The play, set in Atlanta in 1973, deals with issues of race, gender, and romance. And while that sounds like heavy fare, it manages to be delightfully funny and engaging. The playwright Pearl Cleage’s dialogue and farce-like cast of characters popping in and out of a single apartment lends a sense of humor to each scene.

The plot opens on the night that Atlanta elects its first African-American mayor, Maynard Jackson. Some members of the campaign have met to celebrate the victory. The next day the appearance of one man's ex-wife, Evie, throws everything into a tizzy. She drops truth bombs and stirs things up as she waltzes through the city.

Evie, played by Erika Lavonn, is one of the most charismatic characters I've come across in years. She's sexy and full of energy. She breezes into a room and can charm the darkest scowl off any one's face. Lavonn gives her an effervescent presence as she sashays through every scene, but she never neglects the character’s depth. Tracey N. Bonner’s Lena is the lens through which we see all the action. She's the straight man (woman) to everyone else's drama. She says more with one arched eyebrow or smirk than most character can say in a full monologue.

The costumes are beautifully done by Matthew Lefebvre. Each character, particularly the women, say so much with their clothes. Ann’s slightly prudish style is juxtaposed beautifully with Evie's flowing gowns in brilliant colors. The characters’ unique personalities are clear in their outfits. Vicki Smith’s set is a two floor apartment, complete with a winding staircase that feels straight out of the 1970s. It’s littered with remnants of the campaign that’s just ended. The music choices between each scene were also perfectly chosen to reflect each mood.

The play is a meditation on love, hope, change, and finding strength you might not have realized you had. It’s funny and entertaining while still giving you a bit to chew on. If you were thinking about skipping this one because you aren’t sure it’s for you, I’d recommend you reconsider and treat yourself to a wonderful play!

The Indiana Repertory Theatre is located at 140 W. Washington St., Indianapolis, one-half block west of the Circle Center Mall between northbound Illinois St. and southbound Capitol Ave. "What I Learned in Paris" runs until April 12 on IRT's Upperstage. Times for performances can be found at www.irtlive.com or by calling the IRT box office at (317) 635-5252. To purchase tickets call (317) 635-5252 or order online at www.irtlive.com