Its Time to Celebrate 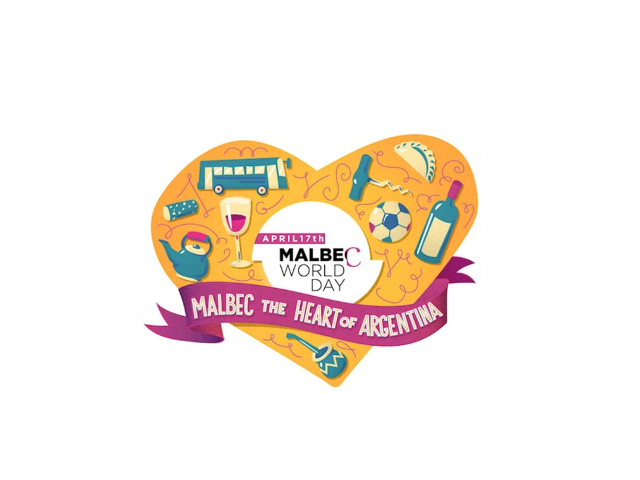 Choose your favorite Holiday in April 2018.

I guess that you know where I am going with this. To me, even though April Fool’s Day is my Birthday, as a #Winelover and journalist, the most important holiday in April, each and every year, is always  April 17th, Malbec World Day.

How did this day happen?

Historically, President Domingo Faustino Sarmiento of Argentina was on  personal mission in 1853 to transform Argentina’s wine industry. He asked Michel Aime Pouget, a soil expert from France, to bring over new vines for winegrowers to experiment with. Malbec was one of the new varietals. Ten years later France underwent a phylloxera plague that wiped out the varietal  in the Rhone Valley. Malbec flourished in Argentina. In the 1990s, years after France’s 1956 freeze, that wiped out the majority of France’s Malbec vineyards, Argentina positioned Malbec as its rising star and declared that on April 17th, “Malbec World Day” would be celebrated throughout the world.

To celebrate “Malbec World Day”, starting in 2011, Wines of Argentina has been responsible for branding the event.

To celebrate the event, I have chosen two iconic Malbec varietals that represent the day.

Amalaya 2016 Malbec
13.9% abv
85% Malbec  10% Tannat  10% Verdot
25% of the wine is aged 8 months in French Oak
The palate is really alive with this Malbec. Lots of vanilla, spice and cherries and raspberries make up this balanced tannic wine. ($15)
The vines grow at high altitude in a dry climate with rocky and sandy soil. The Calchaqui Valley in northern Argentina (Salta) has vineyards growing at 5,700 feet. This is one of them.

Colome 2015 Estate Malbec
14.9% alcohol
100% Malbec
Aged 15 months in French oak and 6 months in the bottle
In the Upper Calchaqui Valley in the Salta region, these grapes are the highest in elevation Malbec grapes in the world. At 7,400 feet, the environment lends both complexity and weight to grapes that are sustainably farmed. Rich tannins and acidity paired with over the top dark fruit mixed with spices make this wine a truly complex giant. ($25)