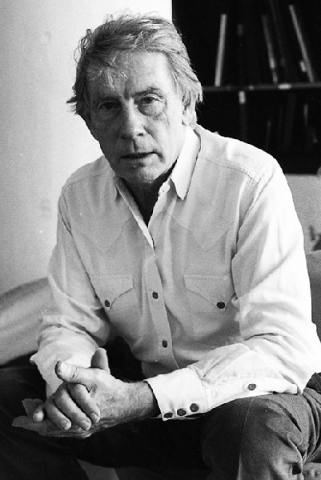 ACME Fine Art’s forthcoming exhibition, titled Lester Johnson in Provincetown, traces the relationship between one of America’s pre-eminent Figurative Expressionist artists, and the place that has been called the most important summer art colony in America, Provincetown, Massachusetts.

The watercolors and ink works making up the exhibition were selected from the artist’s estate by Gallery Director David Cowan. Collectively they chronicle Johnson’s response to the landscape that surrounded him during his summers in the art colony during the 1950s, and reveal how the sights of Provincetown informed the development of his unique and important visual voice.

In the 1950s, Abstract Expressionism, as the dominant movement of the time, drove the direction of the New York art scene. Lester Johnson was one of a few artists to deviate, and resist the pull towards the completely non-objective, painterly abstraction that had become mainstream in Manhattan. Instead, his focus became the human figure, and he harnessed the visual language of the Expressionist movement to produce works of bold, unflinching energy and strength that ultimately made him famous as one of the premier artists of the Figurative Expressionist Movement.

There was little space for these renegade artists within the New York gallery scene, which remained focused on non-objective painting, and subsequently, the emerging Pop-Art movement. Provincetown, with its long history as a refuge for avant-garde communities and artists, became a natural gathering place for these figurative painters.

The beauty of the landscape, paired with the low rents and ready availability of part time jobs supporting the tourist industry, made the art colony an attractive option for artists who had yet to find commercial success. Thus, Johnson, and other artists like him, including Bob Thompson and Jan Muller, escaped the city and returned each summer to Provincetown.

A new venture, named “The Sun Gallery,” located at 393 Commercial Street, became the locus around which this new experimental group of painters formed. There, the owners, artists Dominic Falcone and Yvonne Anderson, were dedicated to new art that ventured beyond the limits set by Abstract Expressionism. Johnson spent summers there from 1951 to 1961, and in 1957 the gallery recognized him with a retrospective exhibition that tracked the evolution of his mature style.

The upcoming exhibit at ACME Fine Art also looks to reflect on Johnson’s years in Provincetown. Many of the watercolors collected for this exhibition have never been shown before, and present a unique opportunity to tie Johnson’s stylistic development directly to the landscape that surrounded him during those formative years. In these works, the piers and many boats that crowded Provincetown harbor are depicted with a kind of primal, gestural line that came to define his later figures.

The black and white ink landscapes, including the crowded and dark Landscape with Boat, foreshadow the psychological content of his later work. Others, such as Ocean, showcase Johnson’s brilliant handling of color and interest in pattern, which reemerged in his work in the 1970s.

The exhibition will open on 20 May 2015, and be on view in ACME Fine Art’s 450 Harrison Street gallery until 2 July 2016. This special exhibition is being mounted as a benefit for the Fine Arts Work Center in Provincetown, MA.

The Fine Arts Work Center is a nonprofit organization dedicated to encouraging the growth and development of emerging visual artists and writers and to restoring the year-round vitality of the historic art colony of Provincetown. A portion of all sales proceeds throughout the duration of the exhibition will be donated to the Fine Arts Work Center. A special ticketed Preview Event will be held on Thursday, 19 May, from 6:00 to 8:00 p.m, with cocktails and nibbles provided by MAX Ultimate. Tickets will be available for purchase through the Fine Arts Work Center at web.fawc.org.