Art Meets Activism in the Berkshires 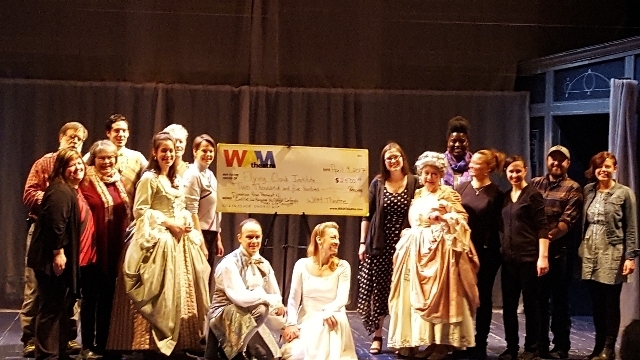 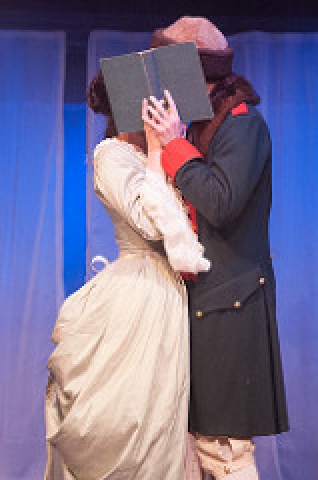 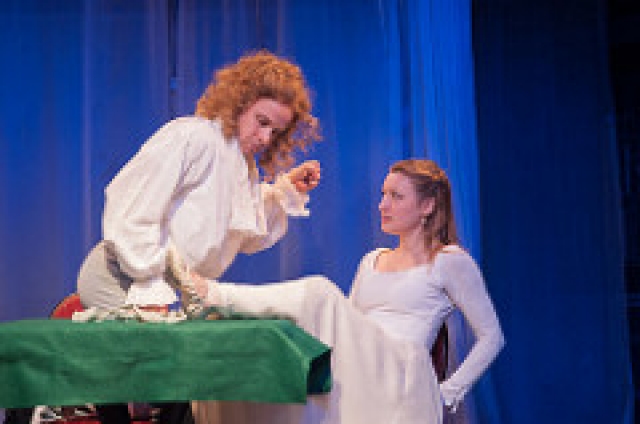 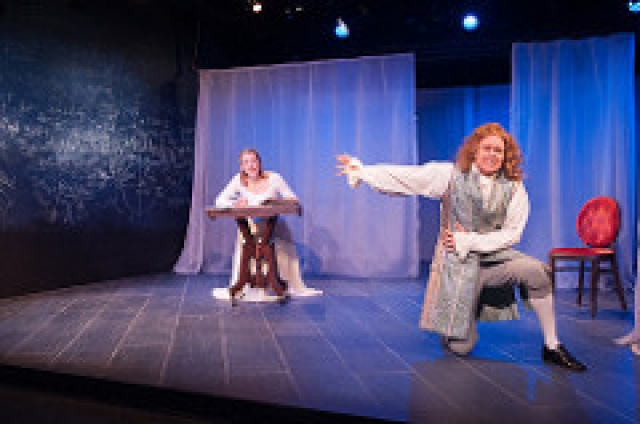 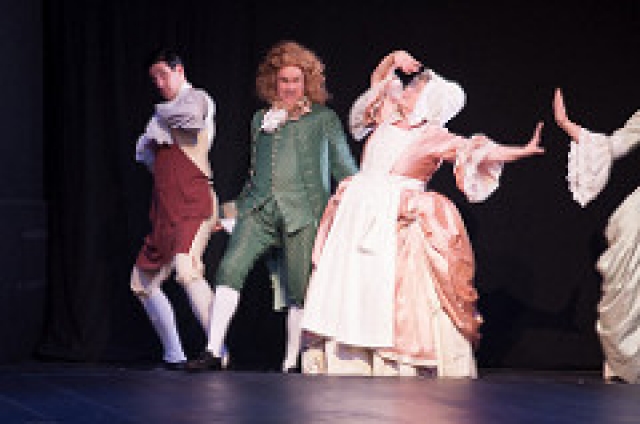 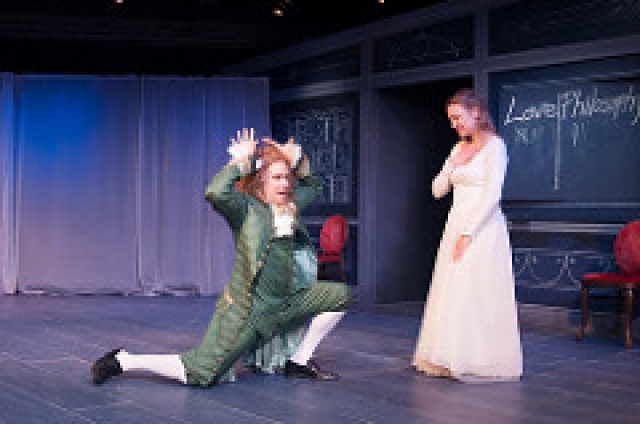 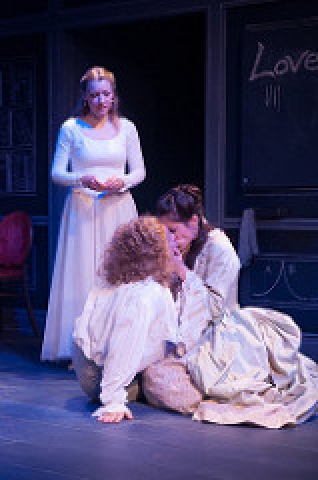 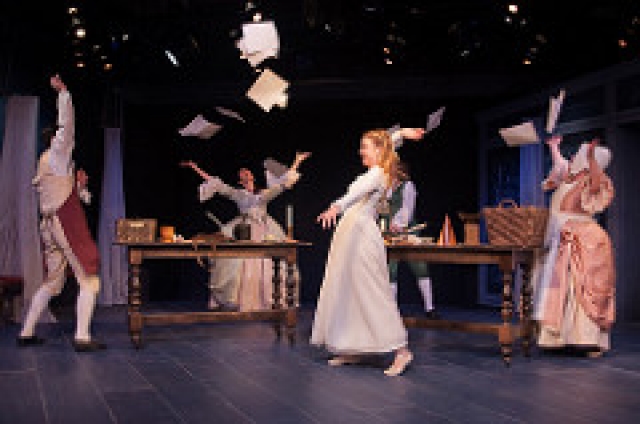 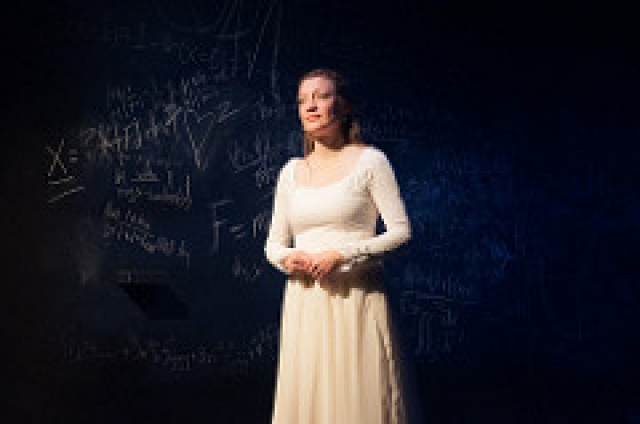 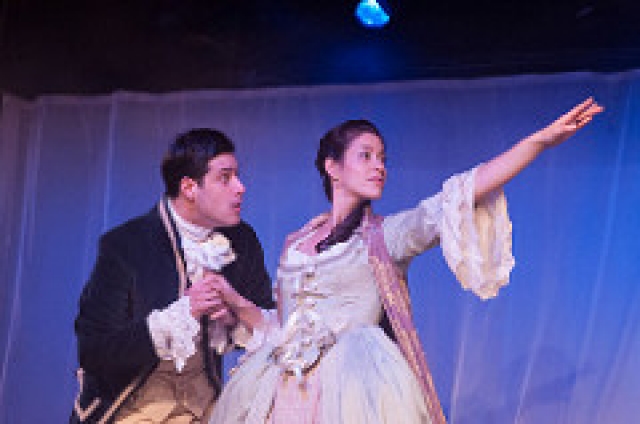 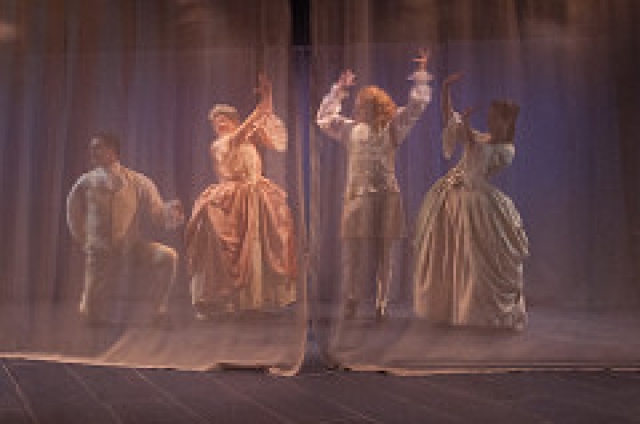 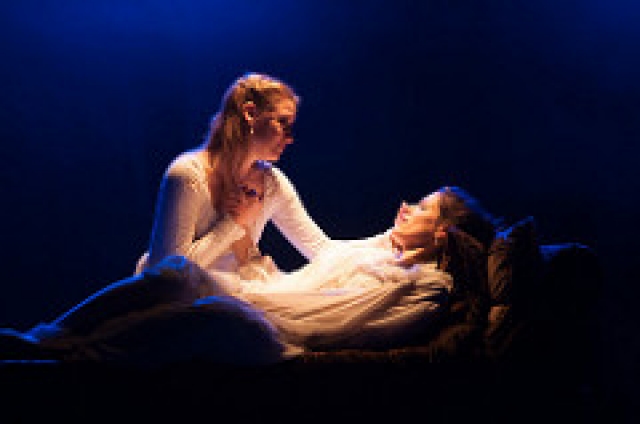 This past weekend WAM closed out a delightful and poignant re-mount production of Lauren Gunderson’s Emilie: La Marquise du Châtelet defends her life tonight, directed by WAM’s artistic director, Kristen Van Ginhoven.  In this piece, Gunderson shines a spotlight on a woman famous in her day for her work in the field of physics, who has since largely been overlooked or who is mentioned only in association with her more famous lover, the French philosophe, Voltaire.

Chalkboards with mathematical inscriptions and a scoreboard tallying a lifelong competition between love and philosophy lined the walls of the stage. Wheeled furniture props and several sheets of scrim on wire provided the perfect amorphous backdrop of different times and place as Emilie (played by the vivacious and earnest Kim Stauffer), worked backwards from her death. They  provided a ghostly narrative of her accomplishments, failures, good and bad luck.

Oliver Wadsworth co-starred with Stauffer and offered a delectable needy, fickle and lovable rendition of Voltaire.  The three remaining cast members played a plethora of shifting roles with great skill and just a touch of tongue and cheek pantomime a la the French theater of the 1700s.

In this piece, Emilie’s constant desire is to find the solution to Force Vive, or the study of objects in motion,. Her work eventually  woud lead to our modern understanding of energy embodied in a short Einstein equation that almost everyone can recite.  The direct English translation of Force Vive, is living force, which in this play translates into Emilie’s struggle to find the point of her life and to analyze the force that constantly drives her life.

Emilie was brilliant, but  able to pursue her brilliance only because she had men i who granted her an education, allowed the time and freedom to be curious and granted money needed to support her passion.  So many other women may have had similar intellectual gifts as Emilie and yet circumstances prevented them from reaching their potential.  In the play, Gunderson brings the point home in a scene where Emilie is fraught with guilt when realizing that she had all of the keys in hand to set her own daughter free. Yet she left those doors of opportunity locked.

This moment in particular beautifully dovetails with WAM’s mission to donate a portion of their box office proceeds from each production to an organization that benefits women and girls.  Directly after the performance a check for $2,500 was unveiled which will be used to support summer camp scholarships for public school girls who attend Flying Cloud Institute’s after school Girls Science Clubs. The Young Women in Science summer camp programs will allow these girls to conduct experiments with women scientists and engineers working in laboratories at Bard College at Simon’s Rock and Berkshire Community College.

What better way to honor the life and accomplishments of La Marquise du Châtelet than to clear the way for many young women to follow in her footsteps?  Score: 1 point Love, 1 point Philosophy.