Responses from a Reader 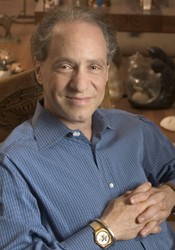 I have never had the good fortune to meet nor communicate with Ray Kurzweil. I have been aware of him and an admirer of his work for forty years. If you do not know of him, you certainly  have benefited from or probably have used at least one or more of his creations.

Recently on his news site Ray wrote critically about Avatar though noting at the beginning as did I that he found it enjoyable but had many reservations.

For his full review see the following link.
http://www.kurzweilai.net //

When, after seeing Avatar in 3D, I left the theater feeling as if I had had a glimpse of the next stage in cinema and that the experience was what movies had been aiming at all along. In terms of the artistic value of Avatar there is certainly room for a wide range of disagreement and like good illicit sex or a top notch hot fudge sundae, I thoroughly enjoyed the experience at the time even if I would come to have reservations about it in retrospect.

As with Ray's observations, a considerable number of mine have to do with anachronisms, i.e. for a time frame 100 years in the future there were too many technological devices unlikely to coexist either at all or in the forms displayed. He points out that much of what is shown already exists or is on the verge of existing. He then expounds on his perceptions of the anti-technology bias of the film.

I cannot, would not, argue with most of his observations, though they did get me to thinking about the problems of setting stories in the future. It is of tales of the future as an art form in general I wish to discuss, for I felt much as Ray Kurzweil writes about a good deal of science-fiction as far back as Star Trek in the '60s.

I have read thousands of futuristic stories from when, as a prepubescent, I discovered the flourishing, (and florid) pulps of the '40s and '50s and continuing to today where I still delight in the works of such as Peter Hamilton, David Weber, Eric Flint and many of their professional brethren. All such works, if placed more than a decade or two in the future, are technologically flawed in the same way as is Avatar.

I conclude that this cannot really be laid at the feet of the writers for even the most diligent and techno-savvy author cannot untangle the complex relationships formed by the integration and synthesis of even the simplest of technologies over a brief period of future time.

The classic sci-fi of the '40s, '50s and '60s has been made obsolete by the introduction of computers, cloning, cell phones, DNA analysis, electronic gaming, VR, GPS, RFID etc., etc., etc. And I expect with few reservations that the current work in nano-technology, (carbon nanotubes) solar power, fuel cells, molecular biology, augmented reality, and quantum physics will make irrelevant most of the current scenarios in the SF genre.

Writers of contemporary based fiction do not have to worry about such. Their work can be firmly planted in a specific, documented and personally experienced setting. Writers of historically based fiction who diligently research their periods escape most of the problems of anachronistic technology. Both are, however, subject to an incongruity of perception, the former as cultural values, religious, political, social and aesthetic, change with the passing of time, and the latter because they write from a perspective of changed cultural values. They must do so if they are to communicate with their audience.

Pity the writer who writes from a contemporary perspective of a period where such a perspective is unlikely, (witness the social changes resulting from the civil rights and feminist movements of the '60s) or writes of the common use of technologies. The integrated effects of which, neither they nor we are capable of imagining.

Holding art to standards of realism is a futile effort. The embodied meaning of the work, (whether resulting from the intention of the artist, or the inference of the witness,) is derived as much from the incongruities, contradictions, paradoxes and ambiguities of the work as from any overt exposition.

Ray is dismayed by the nature vs. technology argument he perceives is embedded in Avatar. I would say that argument is in itself contradictory. As part of nature everything we do or create, constructive and destructive, is an element of nature.

What we do and the way we do it tends to be far less sophisticated than the way other components of "Nature" might accomplish it.  We are newcomers and have had far less time to refine the process. Some of our indiscretions produce ugly results. Anyone who has dealt with the intrusion of beavers in their neighborhood can testify that we are not the only species to despoil landscapes.

The magnitude and accelerating pace of our attempts to match and surpass established natural processes is more apt to concern me. We are now poking and prodding at fundamental components of matter itself. I am not sure that it might not take more than one "ooops" moment to undo millions, maybe billions of years of a slow but steady progression.

In conclusion, and to get back to the simpler point I had intended to make when I started this, stories of the future, may very well convey meanings of value or not. The background and incidental descriptions created to garb that story will never hold up to any extensive examination for credibility. I am not going to let that interfere with my enjoyment of an exciting or thoughtful tale if the author can manage to keep me distracted from the obvious.