All Our Children at the Sheen Center 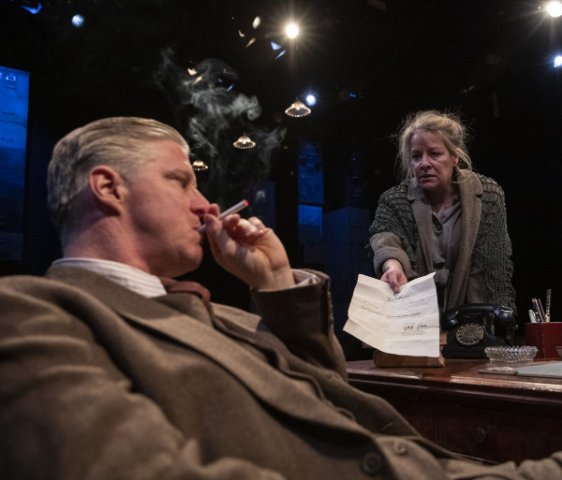 All Our Children at the Sheen Center Photo Credits Maria Baranova 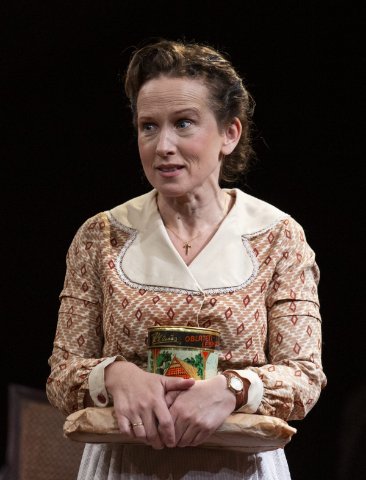 Jennifer Dundas is everyperson in All Our Children 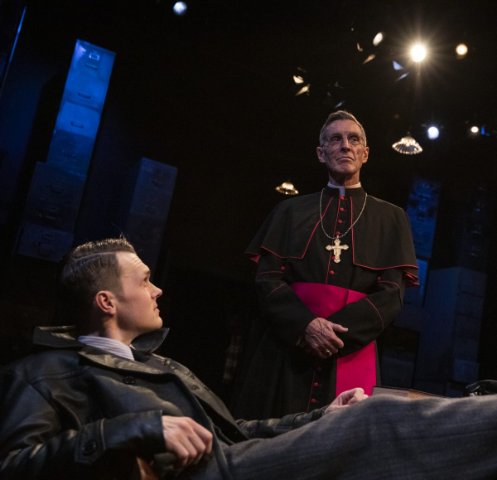 Sam Lilja as a good Nazi and John Glover, a priest who can not make him see the light 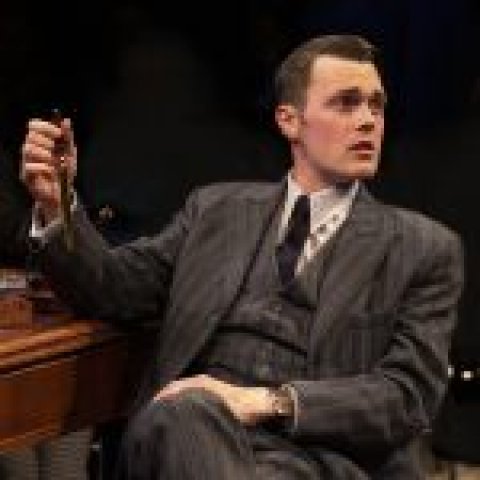 Sam Lilja succeeds in being human although he has chosen an alternate route to success.

All Our Children
By Stephen Unwin
Directed by Ethan McSweeny
Sheen Center
New York, New York
Through May 12, 2019

The Sheen Center's Black Box Theater is stacked with files of records of 'defective' young people who are institutionalized and awaiting their death.  All Our Children takes up a theme  developed in Florian Henkel von Donnersmarck's latest film.  The doctor in the film and the doctor running a clinic for children in the play, both are charged with duties best left to God.   Who is to live, and who must die, is in play because upkeep is expensive and the State needs money for munitions.

Dr. Franz, head of a clinic for disabled young people, is tormented by nightmares as we meet him. Played by Karl Knenzler, he is faced with another day of signing off on the lives of these children.  His deputy (Sam Lilja) is committed to the principles of the Third Reich and argues that these children cost a lot of money which is needed for munitions.  The year is 1940.

The NAZI doctor is killing himself at the same time he checks off the lives of others.  He can’t control his cough.  Blood spatters his hands.  This is not pretty business.

It is his maid Martha (Jennifer Dundas) who provides the moral anchor.  She is devoted to her employer and careful to execute her job perfectly, from making coffee to pouring wine.  From time to time, her preoccupation with her own children erupts in questions and concerns.  Her daughter is a hot teen, ready for illicit liaisons.  Her son flies for the Luftwaffe.  Will he ever come home?  Martha darts and dances between her responsibilities and her maternal concerns.  She seems an everyperson.

Tasha Lawrence enters as the mother of an epileptic son who she wishes to visit.  It has been a year.  She comes bearing coffee cake and cookies.  She returns when the conviction that her son is dead overwhelms her. Lawrence etches the move from charm to fury with just the right pacing.  We weep with her when she realizes that she will not even be given her son’s ashes.

John Glover gives another of his authoritative and satisfying performances as a Priest who would intervene in the clinic’s program of euthanization.  He demands that all human life be respected, forcing the Doctor to face the terrible truth of his job.

Ethan McSweeny directed at the right swirling and dipping pace.  The emotion created by the drama is heightened by Unwin’s personal experience with a disabled child.  The Sheen Center for Thought and Culture has mounted an important and compelling drama.