A New CD: Nothing But Illusion 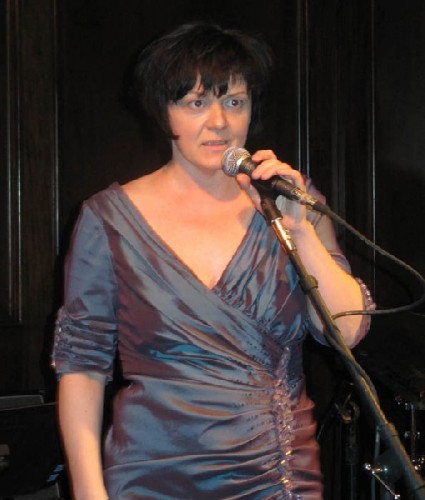 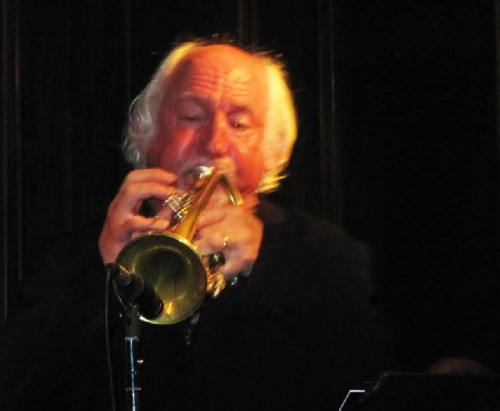 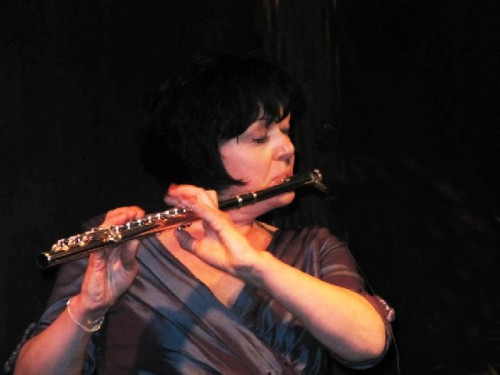 Kudina was classically trained in her native Latvia. 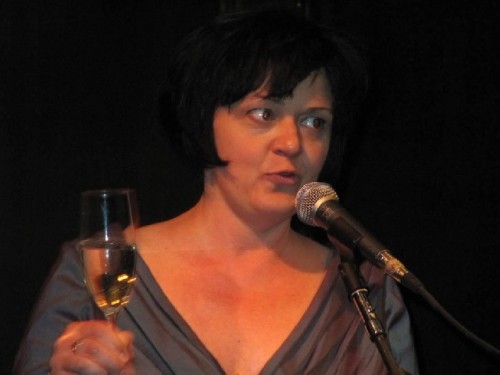 A toast to the launch of the new CD. 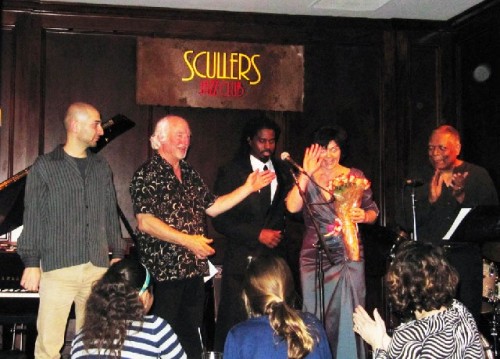 The band took a bow. 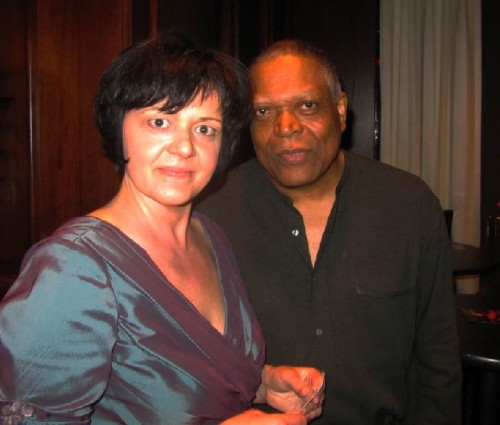 With the veteran drummer Billy Hart.

There was a strong turnout for the midweek one nighter and CD release party for the Ilona Kudina Quintet at Scullers. With just one set, making for a relatively early evening, the Latvian born flute player and composer led the quintet through selections from the new release Nothing But Illusion.

In the current economy it is particularly difficult to hear emerging jazz artists. Patrons will come for the tried and true but it is challenging for young musicians to find gigs.

With lilting charm and an exotic, breathy accent that proved to be uniquely seductive she told us how thrilled and honored she was to be performing at Scullers “The finest jazz club in America.” No aficionado would argue with that statement.

The classically trained flute player was backed by superb musicians. She proved to be less a leader than a generous and skilled collaborator. There was wonderful synergy between her full, rich, resonant tone and the understated, firm and fully supportive trumpet playing of Greg Hopkins. They were in perfect step and the stronger sound of the trumpet never dominated the more delicate tone of the flute. To achieve this Hopkins often used a mute and occasionally switched to the more mellow flugelhorn.

The rhythm section of Akili Jamal Haynes, Bass, the veteran Billy Hart on Drums, and Vardan Ovsepian, Piano always respectfully seemed to be in the right place at the right time. We were particularly impressed by the expressive sensuality of Haynes. Particularly the solo on his composition  There's Only Now.

With the exception of Hart all of the musicians contributed original compositions and arrangements. Although expressing four distinct visions they blended seamlessly. One sensed a true level of generosity and cooperation among the musicians.

In every sense, however, Kudina is the true leader of the ensemble. She provides the exotic accents and charm that made the evening infectious, delightful and memorable.

Since the music was wrapped around the flute not surprisingly it was mellow and melodious with wonderfully rich harmonies. But using that adjective mellow kind of scares me. No, this is not Kenny G. or Herbie Mann.

Rather the music recalled Miles Davis from Kind of Blue or the earlier experiments of Birth of the Cool. Miles is indeed an important influence for Kudina expressed in And So What? A response to his standard So What, an anthem of the hip and cool. Kudina seems to belong to the tradition of the West Coast cool sound of Chico Hamilton’s groups, or the music of reed player Jimmy Giuffre. Although the instrumentation was different the playing makes me think of the collaborations of Gerry Mulligan and Chet Baker.

But enough of comparisons. I urge you to consider Kudina as a wonderfully fresh and unique artist. Much is being made of her Latvian classical sources but it is very much filtered through Berklee College of Music, of which she is an alumna, and the American jazz mainstream.

While the band took a break Kudina switched to piano to sing Nothing But Illusion. I agree with Freddy Taylor who commented that she sounds like a Latvian Blossom Dearie. There is that same breathy, pixie like, small voice meld between sung and recited. On the CD she is accompanied by the trumpet of Hopkins and strings by Ravel Virtual Studios. But the song with her original lyrics was well conveyed by Kudina on piano.

She is a wonderful flute player but we urge her to consider offering more of her singing.

We hope to have more occasions to hear this unique and ravishing emerging performer.

And thanks to Scullers for providing us with an opportunity to hear Kudina and her truly remarkable accompanists.