One Foot Out the Door then Kate Called 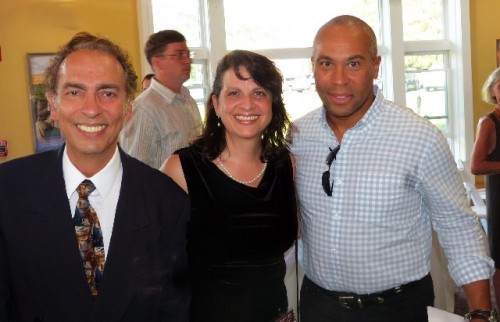 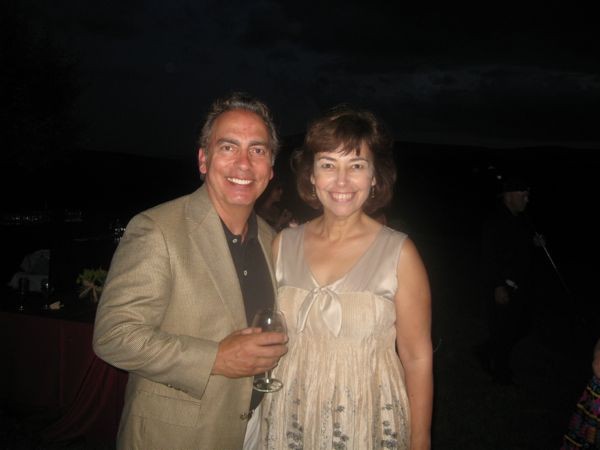 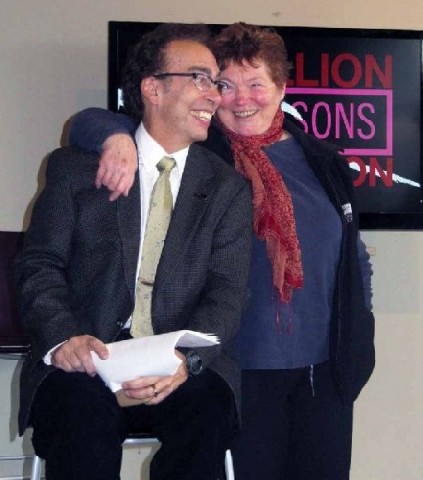 Tony and Tina put on a happy face. Giuliano photos. 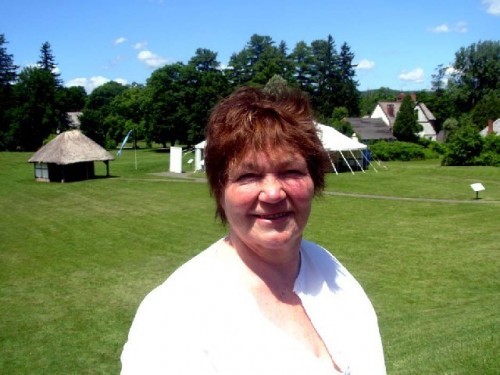 Tina has her own vision for the company. 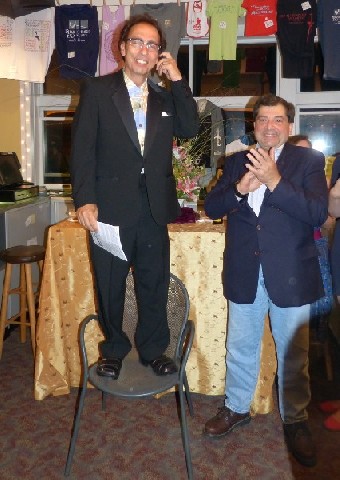 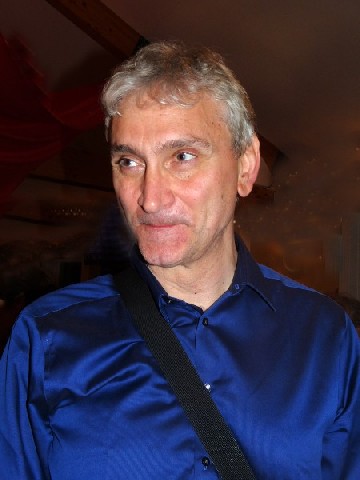 Tony confided his dreams of working with Kate to Rocco Sisto
Charles Giuliano There was the initial shock of your abrupt departure from Shakespeare & Company. That was followed by the hasty escape of Rick Dildine who briefly replaced you. While we were absorbing that news there was another surprising development. With one foot out the door to an academic appointment you were nabbed at the last second to join Kate Maguire at Berkshire Theatre Group. This almost plays like one of those five door, quick change farces that you love to produce. In biting irony S&Co. is producing "Comedy of Errors" this season. Talk about art and life upstaging each other.
Your decision to stay in the Berkshires says a lot about the region and its strong audience for arts and theatre. Your decision to work with Kate sends a loud and clear message. Can you walk us through these surprising developments?
Tony Simotes It feels like script writers in Hollywood sat down and said "Let's write an improbable story." I came here from a position at the University of Wisconsin. I was director of the theatre. I was a tenured full professor. When the opportunity arose at S&Co. it was the chance not just to head a theatre company but one that I had helped to create. One I  helped not just to develop the aesthetic but the methodology of teaching over almost 40 years.
I felt a deep commitment, not just for the Berkshires where I first came in 1978, but also a great theatre that I had helped to create back in the late 1970s. I met Tina when I was still at NYU. Kevin Coleman and Dennis Krausnick were my classmates. So many of the people who created S&Co. in that first decade were all my friends. Most of us were out of NYU. There were so many of us that were bred out of the NYU experience. Tina came there as a guest artist.
When that offer came through I thought this was my last big job and opportunity. I had no idea the journey that would take me on over the next five years.
Then things started to change. They are always changing and the leadership on the board changed. There was a push to create a new administrative structure. It really felt like, OK, now things are going in a different direction. In the past, in the academic world when things went in a different direction I was able to say, OK, now it's time to exit stage right. It felt to me that I had achieved my major goals and with all the things going on at the company this was a time to release myself from where the company was now moving.
Could I have survived within that structure? Yes. I could have. I was doing that. When Rick Dildine came on and there was an obvious push to go in another direction. Then it was important to me to step away from the company completely. I cannot comment on what happened at S&Co. internally because that's up to them. Rick left. Leadership changed again on the board. I hope for their sakes that they have grounded themselves again and will move forward. I felt that the only thing for me was to find another job. Leave the area. Say thank you to everybody for the many years we spent creating here and go back to academia.
The job at Millikin University (Decatur, Illinois) was exciting because they were creating a new performing arts center. I grew up in Illinois and had always heard of their program which was a really solid training program for actors.
CG You would have enjoyed that position. TS I would have been fine. In a sense I would be going back home.
CG Would you be a tenured professor.
TS Yes. They were hiring me with the idea that within a year or two I would be given tenure.
CG So what's not to like?
TS So what's not to like?
Recently we were doing a reading at Berkshire Theatre Group. We rented the space as a part of the Berkshire Festival of Women Writers. I was doing a new play "When the Sky Falls" by Yvette Sirker. A wonderful piece of theatre. I've known Yvette for a few years here in the Berkshires. I read her play and found it fascinating. It's about Hurricane Katrina and the characters that are around it. I loved her take on it particularly as it had a New Orleans flavor. I was just coming out of doing my New Orleans "Midsummer Night's Dream" and I thought it would be an extension of those ideas as I was in that milieu. Living as I had for many years in Tallahassee, Florida I had experienced hurricanes. So I was fascinated by the play and we rented Berkshire Theatre Group and its Unicorn Theatre. That meant I had some dealings with Kate more recently.
She reached out to me and said "Tony I would like for you to do the fights for 'Deathtrap.' " I said OK I would love to. Then they asked me to teach in their apprentice program over the summer and I said absolutely. Then she said "Can you do 'Homecoming' for us in the fall?"

I had known Kate from all those years ago at S&Co. She was an administrator doing development and business management for the company. She was the person I was always talking to in terms of contracts. I had grown to know and like her, and felt very comfortable working with her over the years. When I came back in the 1990s she hired me any number of times to do fights for Berkshire Theatre Festival. It was nice to have her reach out to me again.
The night before I did the reading I said to Rocco Sisto "Wouldn't it be great if Kate offered me a job?" And I was able to stay here because she has these two campuses and could probably use some help. That would be so cool. Rocco said "So why don't you call her?"  I said "Oh no. I'm not going to call her. I've already got a job. We're leaving. We're going to Millikin. I'm not into begging for a job."
Sure enough she sent me an e mail and said "Tony I'm in New York. Can you send me your C.V.?" She said "I'm talking to some people." I thought she was talking to another theatre. She had expressed interest in me as a fight guy. She knew my work as a director and actor. That Monday she wrote to me and said "Can we have breakfast?"
That Monday my contract for Millikin was supposed to show up. It didn't.
That night she called me and said "This is what I'm thinking." Lucy and I were so excited. Realistically we were set to move to Illinois. If we had the opportunity to remain here and continue our relationships in the Berkshires and work on the level of professional theatre that BTG offered, as opposed to going to a college situation, I felt that this would be so much better.

The next morning we met and I told her I had this other job. I told her I'm waiting for the contracts to come and I can only delay them so long. She said "Let me continue to make phone calls and talk to people." Literally the next day she said "It's a go."  I said "Are you sure? Because I'm calling Millikin." (laughing) She said "We're going to do this." The contract had still not shown up.