The Divine Comedy at Harvard 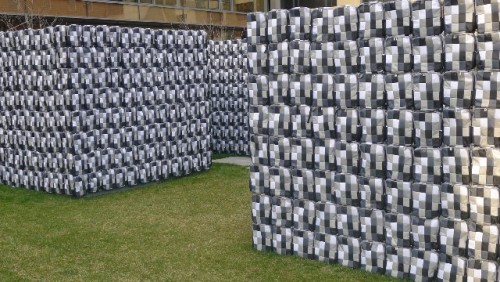 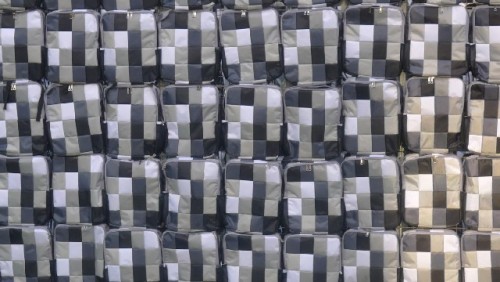 Detail of Backpacks by Ai Weiwei, 2011 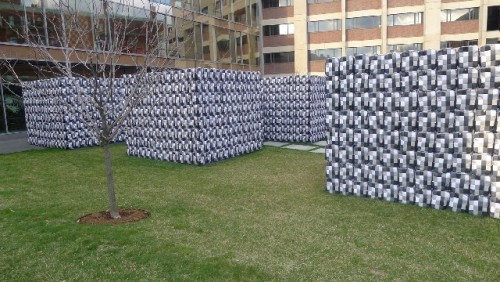 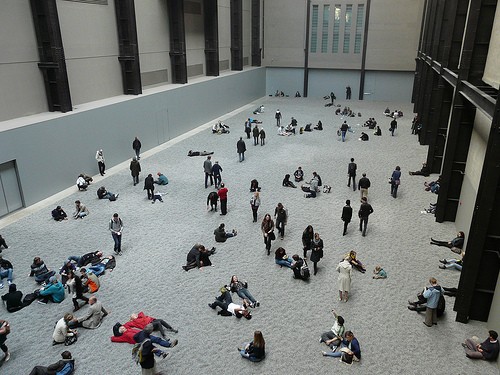 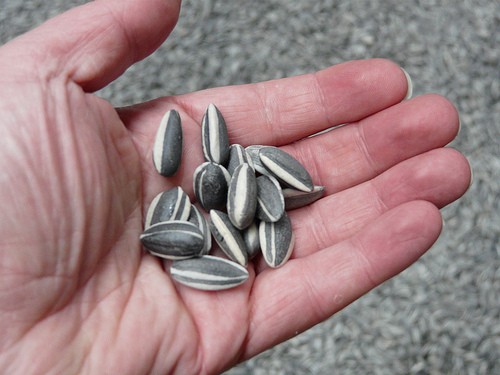 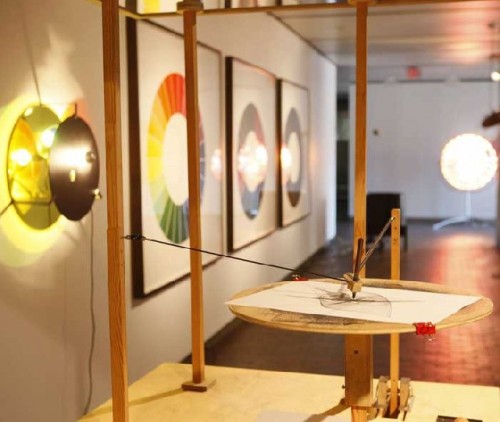 Installation of The Divine Comedy with works by Olafur Eliasson, 2011 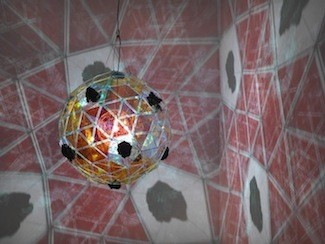 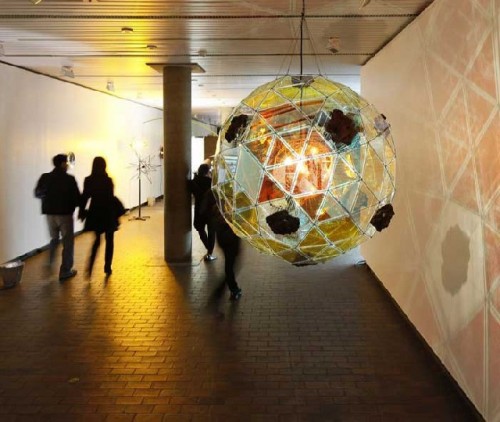 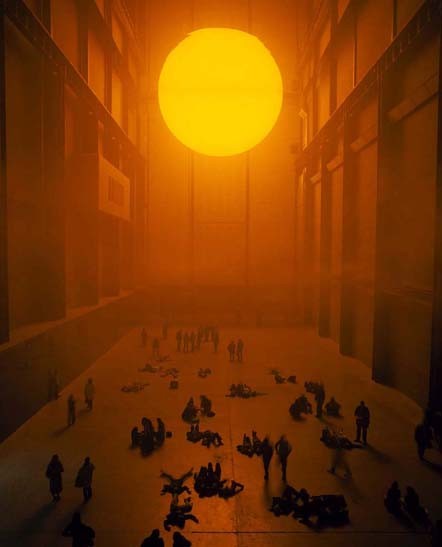 The Weather Project Installed in Turbine Hall at the Tate Modern by Olafur Eliasson, 2003 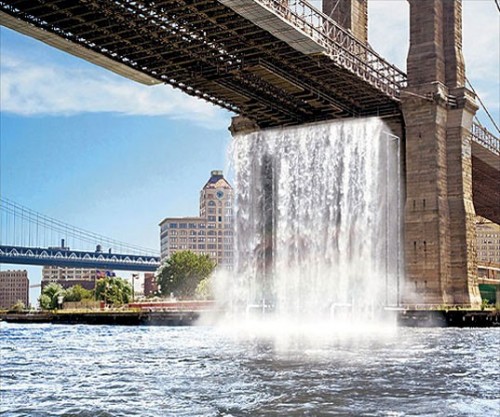 The Waterfalls Project in New York Harbor by Olafur Eliasson, 2008 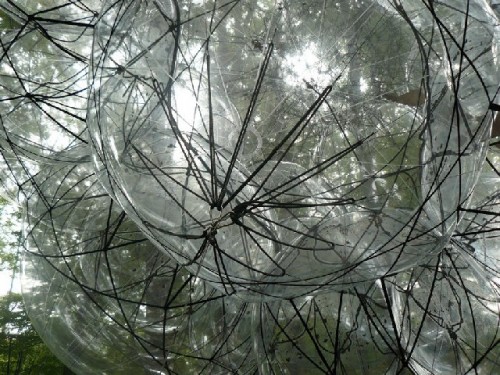 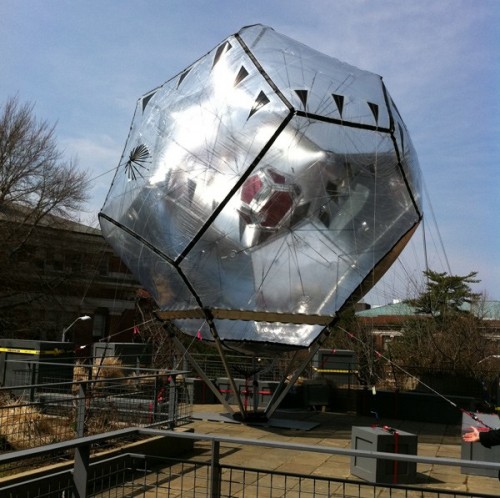 Installation At Carpenter Center for Visual Studies At Harvard University by Tomas Saraceno, 2011 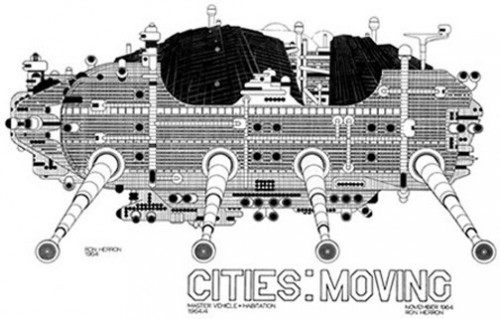 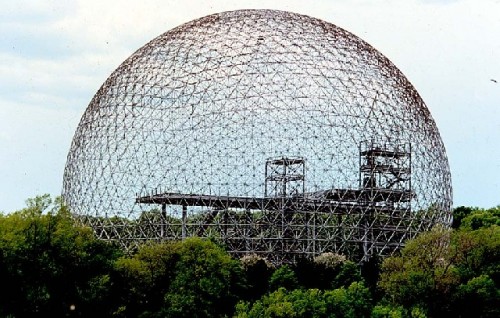 There is a wonderful exhibit currently at Harvard University. Entitled The Divine Comedy, the show consists of major installations by Olafur Eliasson, Tomás Saraceno, and Ai Weiwei. According to its catelogue, the exhibit attempts to  explore intersections of art, design, and the public domain. It is on display through May 17, 2011 at the Harvard Graduate School of Design, the Carpenter Center for the Visual Arts, and the Northwest Science Building.

Exhibition curator Sanford Kwinter, Professor of Architectural Theory and Criticism at the Graduate School of Design, notes that “these three artists reflect an important new habit of thought and work that is emerging today in a hybrid realm between activism, art, and design."

"It is here that aesthetic practice can be seen as inseparable from the production of knowledge in our society. The presentation of their work within a major research university thus operates both as a kind of homecoming and as an inherent challenge to the boundaries on speculation that still persist within the walls of academia.” Professor Kwinter is known for his rather dense and sometimes academically obscure writing. The exhibit is appealing despite this commentary.

The Divine Comedy borrows its title from Dante Alighieri’s epic medieval poem in which the author presents a vision of earthly existence as an allegorical journey through the realms of Hell, Purgatory, and Heaven. Dante’s masterwork is considered to be the first poem in which scientific and philosophical themes were primary. According to Kwinter, "This exhibition explores the political dimensions of History (Weiwei), Mind (Eliasson), and Cosmos (Saraceno), and how these aspects of contemporary experience are being engaged by art and design speculation today." Engaged by art and design speculation today...hmmmm?

Apparently, at one point in the exhibition planning process, Ai Weiwei's work was to be underground (thus, Hell), but this did not technically work out. Eliasson's work is on the ground floor at Gund Hall (Temporary Purgatory to many students anyway), and Saraceno's was supposed to suggest Heaven. When it "worked," Saraceno's piece was heavily tethered to the land balanced by tons of earth though it was connected outside to the third floor of the Carpenter Center for Visual Studies.

Saraceno's sculptural form is the least resolved of the three artists' pieces. Unlike the two months of this exhibit, this artist's work is usually much more temporal and temperate outside (a couple of mild Summer days, a few hours, etc.) and better controlled for exhibitions inside. His work is diminished in this setting.

Much in today's news Chinese activist/artist/architect Ai Weiwei's work is set outside at the Northwest Science Building, 52 Oxford Street, Cambridge, MA. Untitled (2011), memorializes the thousands of schoolchildren who died as a result of the huge earthquake in China’s Sichuan Province in May 2008. The piece is a site-specific work of 5,335 identical school backpacks representing the exact number of children who died during the earthquake caused by the collapse of poorly constructed school buildings.

A related sound piece by the dissident artist, a voice recording reciting the names of the victims, titled Remembrance (2010), was to play in the adjacent inside space. It was not working when I visited the site. The counting of the earthquake victims and collection of details about their deaths are products of a “citizens’ investigation” conducted by Weiwei and his studio. This has lead to growing Chinese government censure.

All of Ai Weiwei's pieces relate to current and often dramatic issues. Each of his art works makes a statement that is not just conceptual but contemporarily social and political. Last year, he placed 100 million sunflower seeds in the vast Turbine Hall at the Tate Modern in London forming a seemingly infinite landscape.

Outspoken and defiant in regard to the Chinese bureaucracy, police and courts, Ai Weiwei has become a major voice against things as usual in China. He does not want the government to hide corruption or incompetence. This Harvard piece speaks to this notion. For the past several weeks, Ai Weiwei has been incarcerated by Chinese government authorities. Hopefully, he will be freed soon.

Olafur Eliasson's work takes up most of the ground floor at the Graduate School of Design's Gund Hall, 48 Quincy Street in Cambridge, MA. The work engages implied forms of experience and understanding that underlie both scientific theorization and our knowledge of the exterior world. This installation consists of 55 beautifully made technical machines and objects that challenge the familiar notions of perception. Though several appeared to be rather retro and basic, all of these technical elements were visually appealing and elegant. They speak volumes to a new generation.

All of this artist's work are well-made and provocative. Their beauty is in their big ideas and utter humanity. In The Weather Project at Turbine Hall at the Tate Modern in 2003-2004, Eliasson took this ubiquitous subject as the basis for exploring ideas about experience, mediation and representation. Visitors to the museum actually "sun bathed" at the installation. His WaterFall Project in 2008 in New York's harbor was controversial for its high cost but well recieved for its visual and technical virtuosity.

Argentinean-born architect/artist Tomás Saraceno has an installation piece at the Carpenter Center for the Visual Arts, Terrace, 24 Quincy Street, Cambridge, MA. According to Kwinter, "Saraceno is known for his rethinking of urban geography and its potential migration into the physical and political atmosphere over our heads. His inflatable sculpture, Cloud City—part planet, part vehicle, and by definition humanly inhabitable—is embedded with solar technology and sensors that record and interact with aspects of the wider environment." True suspension of disbelief was needed to accept these pronouncements about Saraceno's current contribution. Concept was certainly better than completeness.

Though this sculpture is supposed to have the potential to appear "to launch and travel through the atmosphere while harvesting data and communicating back to the installation site," it is awkward and clunky not air-borne and ethereal. In fact, the second time that I visited it, it was taken down due to high winds. The piece looks unrefined and rather heavy-handed, not like some of the photographs from his former more controlled and temporary works.

Sarceno is a follower of Buckminister Fuller and makes reference in his work to Fuller's concept of Spaceship Earth. For a few years, he was an assistant at Eliasson's studio. He also is extremely interested in ecological and climate change issues and is taken very seriously by many international curators. However, his work is derivative of the work of earlier artists like Otto Piene (SkyArt Series), many art and technology artists from the 1960s and 70s and the theoretical 1960s British architectural group Archigram. However, considered a preiminent eco-artist, Saraceno does bring a strong "green" component to his projects that was missing from the others' earlier art and architectural pieces.

Despite the pretentious pronouncements of the exhibition's curator and a couple of technical hiccups, this exhibit brings to the Harvard campus contemporary and conceptual art that speaks to our aesthetic interest, our present social-political situation, and technical aspects of our world. It is a show well worth visiting.