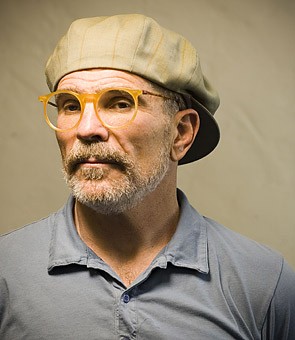 The gala will feature a new short play by David Mamet. 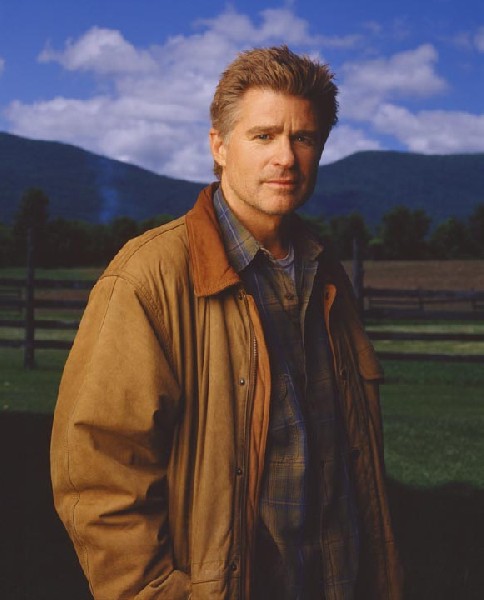 Treat Williams will perform during the gala.

“We’ve decided to mix things up this year by turning the Gala into a multi-media, multi-genre extravaganza,” said Berkshire Playwrights Lab Co-Artistic Director Bob Jaffe.  “The artistic directors are excited about this new take on our annual fundraising event.” In addition to a new short piece by David Mamet and performances by actors Jay Thomas, Treat Williams, and other plays and actors TBA, the Gala will include the premiere of Food for Thought, a short film written and directed by Berkshire Playwrights Lab Co-Artistic Director Joe Cacaci that stars Minnie Driver, Tony Shalhoub, and Berkshire-based actress Meeghan Holoway.

Mr. Cacaci created the film specifically with the Berkshire Playwrights Lab Gala in mind; it has since been picked up by Joe Mantegna’s Quickbites series and will air in Los Angeles on KCET later this summer. Completing this fortuitous circle, Mr. Mantegna will make an appearance at the Berkshire Playwrights Lab Gala via video. The event will also showcase students participating in the New York University Graduate Musical Theatre Writing Program’s Berkshire Musical Theatre Lab, who will present excerpts from new musicals in development.

The Graduate Musical Theatre Writing Program at NYU’s Tisch School of Arts, chaired by Egremont resident Sarah Schlesinger, is an M.F.A. degree program specifically designed for composers, lyricists, and bookwriters—the major collaborators in the creation of new musical theatre and opera.  This summer, select students from the program will participate in the Berkshire Musical Theatre Lab, where they will enjoy a week-long residency in the Berkshires developing new work. Local families will host the participants, providing them with housing, pianos, and an abundance of Berkshire hospitality. “These young people are some of the best and brightest artists coming up the ladder in the American musical theatre,” said Berkshire Playwrights Lab Co-Artistic Director Jim Frangione. “We are happy to support their efforts to breathe life into the genre and hope to discover works to develop in the future.”

Founded in 2007 by theatre professionals Joe Cacaci, Jim Frangione, Bob Jaffe, and Matthew Penn, the Berkshire Playwrights Lab is the area’s only theatre dedicated exclusively to encouraging, developing, and presenting new plays. Through readings—and in the future through workshops and fully-staged productions—the Lab provides emerging and established writers with a professional and creative environment, while offering audiences the engaging and provocative opportunity to share in the dramatic evolution of premiere works.

The Lab has staged readings of more than 50 new plays, many of which have gone on to full productions, including Kelly Masterson’s Against the Rising Sea at Queens Theatre in the Park, Chris Newbound’s The Birthday Boy at Berkshire Theatre Festival, Kate Wenner’s Make Sure It’s Me at Stage Left Theatre, and later this summer, Kelly Masterson’s Edith at Berkshire Theatre Group.  Also, from last season, Jonathan Caren’s The Recommendation went on to the Old Globe and Andrew Dolan’s The Many Mistresses of Martin Luther King recently opened to rave reviews at Ensemble Studio Theatre Los Angeles. As well, Matt Hoverman's The Glint has been optioned for Broadway. “We are in the middle of working out the details of a New York production of Scrambled Eggs by Robin Amos Kahn and Gary Richards, under my direction,” said Co-Artistic Director Matthew Penn. “It’s gratifying to see so many of our works getting into the world.”

Tickets to the Berkshire Playwrights Lab 5th Season Gala Celebration are $27 to $52 (performance only) and $202 (the latter including a post-show reception with the artists at Castle Street Café).  Admission to the four staged readings at the Mahaiwe and to the NYU Berkshire Musical Theatre Lab performance is a suggested donation of $10. For reservations to the Gala and the Mahaiwe, readings, call 413.644.9040 or visit the Mahaiwe box office in person.  For reservations to the NYU Berkshire Musical Theatre Lab performance at the McConnell Theatre, call 413.528.2544 or email reservations@berkshireplaywrightslab.org. For more information about Berkshire Playwrights Lab, see www.berkshireplaywrightslab.org