Christopher Williams at the Art Institute of Chicago

Play and Dream an Image. Let Someone Else Click. 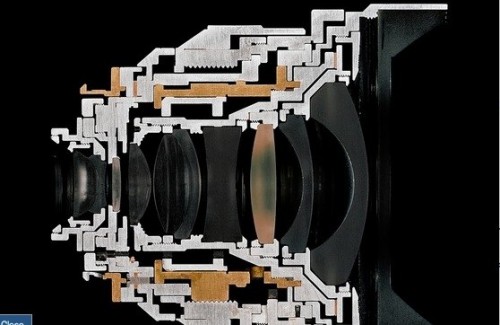 Unlikely that you will see another lens cutaway. Or is it a sideways "Nude Descending the Staircase?" 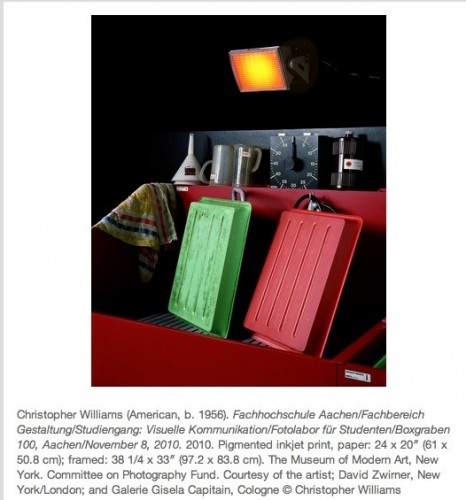 Williams Photographs the Tools of His Trade as Art Objects 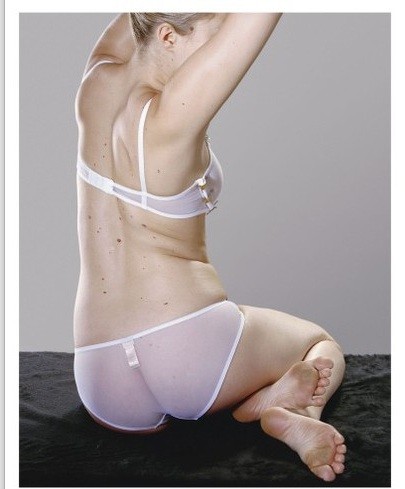 A Model. But wait. Dirty feet? A label tucked into a body crease? 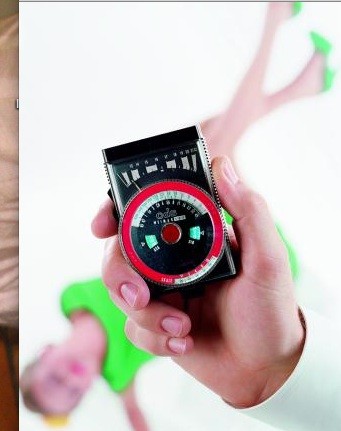 Measuring lime green. Like yellow, a purveyor of happiness. 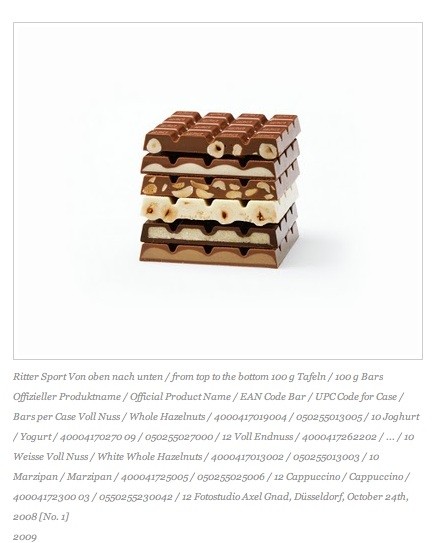 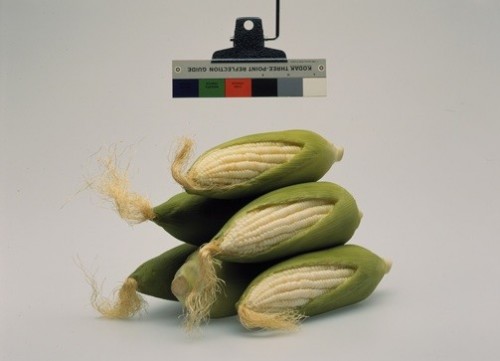 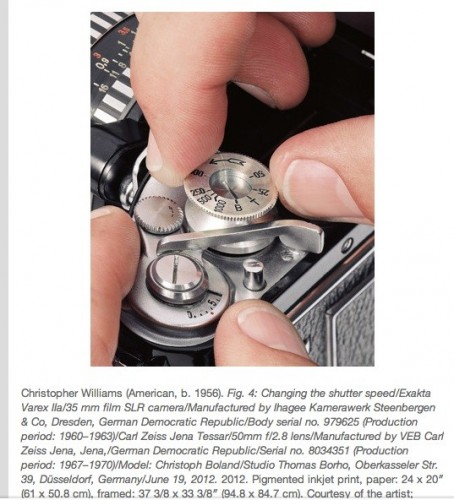 In his first major retrospective at the Art Institute of Chicago, American born photographer Christopher Williams makes his presence known at the Michigan Avenue entrance, as well as on the first and second floors of the new Renzo Piano designed wing. Matthew Witkovsky, curator of the show, finds satisfaction in the show's spread over the museum's encyclopedic collection.

Williams' work is certainly an attention grabber. Whether you are looking at the tools of a photographer's craft, sliced and diced to see a camera and its lenses as you never have before. or looking a photograph designed in the photographer's head and let out for execution, the images startle.

Each one is beautifully composed. Often a disjunctive element peers out after you've rested your eyes on the image for a moment. Striking indeed a lingerie model, stretched and twisted, whose feet are dirty and whose undie label sits evenly between the halves of her rear end.

Most models do not smile, but sprinkled throughout the Williams' galleries are beautiful models grinning, laughing and gafawing. Models at work are sober creatures. A recent issue of Vogue has not one model smiling. Of course, once amateurs picked up cameras the smile was ubiquitous. 'Cheese' to elicit the upward turn of the lips had a new meaning.

The title of the exhibit, "The Production Line of Happiness" is taken from a Jean Luc Godard documentary in which an amateur filmmaker compares his day job as a factory worker with his hobby of editing his films of the Swiss countryside. Williams says that today's consumer culture pictures and produces endless images to be consumed.

This description is tucked into the narrow face of one of the many free standing walls that divide the galleries, making an intriguing maze of the work.  Aficionados may read these the way a film person stays for the last credit in a movie theatre. (Last credits are often for the film stock).

While lengthy discussion of the meaning of Williams' work talk about politics and the stifling imagery of advertising, great pleasure can be had from his work without wrestling with what he does and does not mean. Even after you read one of his preparatory descriptions of his equipment, the film, the speed and apertures used to create a photograph,  you round a corner to look at photographs hung singly for the looking. They are both witty and incredibly detailed and give great pleasure.  Even happiness.

This show continues at the Museum of Modern Art in New York and then the Whitechapel Gallery in London.