The Great White Way is a New Model 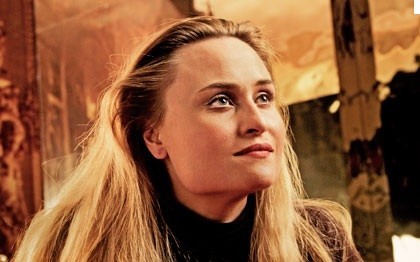 The only good outcome of the Met’s recent Faust production, is that singers Jonas Kaufman and Rene Pape are being rewarded for cooperation in the disaster by next year’s Parsifal. 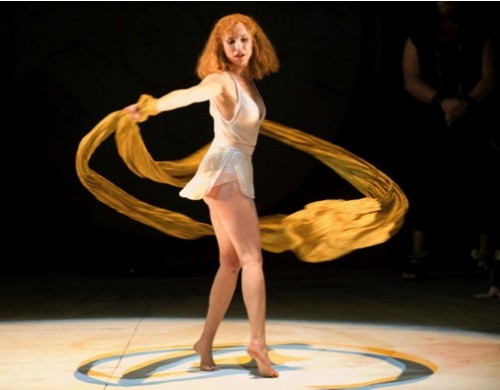 Broadway comes to the Met. 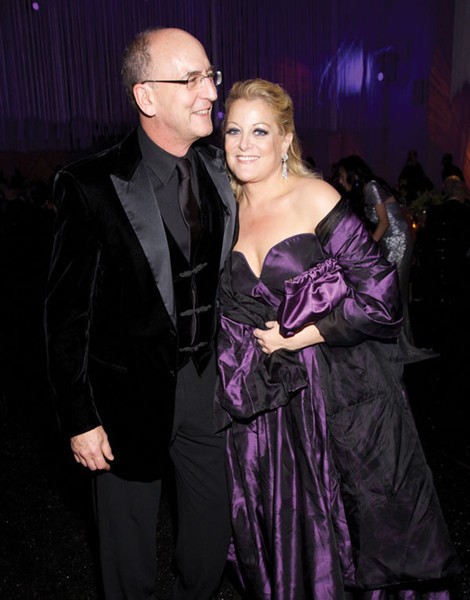 Recently, Peter Gelb, General Manager of the Metropolitan Opera, called the New York Times to his office and provided Antony Tommasini with enticing information about future productions. Bringing in directors like Willy Decker and William Kentridge is good news indeed.  And Nina Stemme as Isolde in 2015 is good news.

Other good news from the Met was released in attention-dead-time late Friday afternoon.  Due to 'scheduling conflicts,’ Placido Domingo will not conduct Otello next year.  With Riccardo Muti's recent concert presentation of the opera at the top of everyone's best list, it is too bad that he is not available as a replacement.  Once was enough for Maestro Muti at Gelb's Met.

Gelb also informed The Times unequivocally that he is the director of productions and that anyone who wished otherwise will have to live with that self-casting.

From the point of view of opera aficionados this is not good news.

His productions in the house more often than not are failures with unfortunate casting in Macbeth and Manon, deadly stage direction in an otherwise wonderful Khovanshchina, and weak Ring stagings.

No one other than Gelb thinks that Deborah Voight can sing Brunnhilde, and she will continue well into the future in the role, perhaps because cost saving can be effected by continuing to fly the banners with her image.

Gelb joked during The Times interview "If I am not fired." Finally grasping a plan Gelb has lucked into, that seems unlikely.

When Gelb was appointed GM over five years ago, boosted by the late, great Beverly Sills, he boldly spent $60 million of the Met's money, some of it raised by mortgaging the Chagall paintings in the lobby, to initiate Live in HD Broadcasts. You have to give him a lot of credit for that. It was a gutsy move.

The HDs putatively have succeeded beyond the Met's wildest hopes. Accounting in non-profits is murky. Outsiders are left to figure out what the figures in tax filings mean. We have wondered what the revenue stream from movie houses actually is.

Based on Hollywood figures, our best guess estimate is that the Met gets 50 percent of the face value of a ticket. Whether or not this covers costs depends on what the Met chooses to write off against HD production.

While production expenses are high, apparently, between Gelb and his predecessor Joseph Volpe, the costs of using Met staff and the talent for these HDs is remarkably low.

Negotiating with the musicians for HD performances, management got them to sign on to an agreement that guaranteed them $7000.  This is the same guarantee they got for radio broadcasts, so nothing changed with the advent of the HDs.

Now aware of their error, considering the enormous revenue of the HD broadcasts, musicians are grumbling.  The deal may not be sustainable if the Met wants happy campers in its house.

Oldtime patrons complain that Gelb is interested only in money.

They are irritated when they are charged for changing operas on their subscriptions. This does not appear to bother Gelb, perhaps because he is looking for an audience to fill  seats in the Broadway manner by lassoing ticket buyers from the 50 million annual tourists.

I recall a producer friend of mine saying, "Chitty Chitty Bang Bang was trashed by the critics, but what do I care.  We made tons of money on it."

This may well be Gelb's position.  Perhaps he does not see his future audience coming from opera aficianados. He is trying to cast Broadway names in operas.  Allegedly, he closed the house to audition Hugh Jackman, whose voice did not make it beyond the pit. Perhaps miking will become more common at the Broadway Met.

Even if he is thin-skinned about Alex Ross's review of the Ring cycle in the New Yorker, Gelb really doesn't need critics. The AP's Mike SIlverman, who used to find more Met productions iffy, works well for Gelb because his columns are picked up by newspapers around the country and help sell HD tickets.  That combined with a sympathetic New York Times he needn't fret over nay sayers like The New Yorker.

The Broadway model is followed to fill a big house. He needs the big house to keep producing on a grand style enough productions to monopolize the worldwide distribution of opera HDs.  His is the only opera house in the world that has the critical mass of 26 annual productions to achieve this. He has no competition, except the unlikely prospect of 10 or 12 smaller European houses banding together to market HDs.

Gelb is a good marketer and may be able to pull this off with time. He works to fill seats in the house by offering tickets on Theater Mania and Playbill DIscounts. The David Rubenstein Atrium is customarily used by Lincoln Center constituents.  Gelb is a constituent but his model for filling the house is further downtown on the Great White Way.

The HDs are fun.  He has taken whatever is on the Met stage, including people who can't sing and dreadful productions, and concocted entertaining HDs.

Maybe the poperas will bring people to houses around the country, but this has not been the initial reaction and is a real cause of concern.

The HDs have problems.  Their audience skews very gray. Who will come to them when this audience disappears?  What will happen to small regional houses when there is no audience?  The Met may work as a Broadway house filled by one-off tourists, but other opera companies can't use that model.  No one else can make sense of HD production, because they lack the necessary critical mass.

Will the Met Board continue to support Gelb?   Will this combination of HD success and Broadway musical audiences work? Where will people who know and love live opera go?  Will regional houses survive?  There will always be Paris, of course.

Looming out there is the replacement of James Levine as music director.

It is unlikely that a seasoned conductor would take the job as the Met is now structured with Gelb in charge.

Perhaps the young Yannick Nezet Seguin would try it to advance his career, but it could be a dangerous move.  Will the Board countenance a lesser figure in this role?

That is the big question right now.

It is convenient for Gelb to have great titular talent filling the role. As long as Levine is alive, he is a convenient in absentia music God.

Here’s another big question to consider. What would it cost Gelb to put on good live productions to then transfer to HDs?  Nothing in dollars.  Perhaps too high a cost because he would have to accept his own failing as a producer of live opera in the house.

Why is the Board permitting this disconnect?  Are there no board members who enjoy live productions and have suffered through Faust, Gotterdammerung, and Macbeth to name just a few disasters?

Can the powers that are be convinced that HDs based on poor productions, and houses dependent on tourists as one time visitors is the solution to the Met Opera's success out into the future?