What We Do in the Shadows a Dissapointing Film 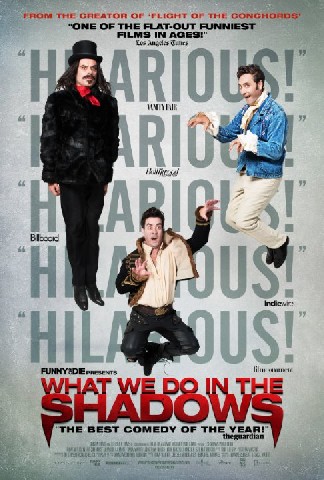 The vampires themselves, trying to be scary but failing. Photo from la.media-imbd.com 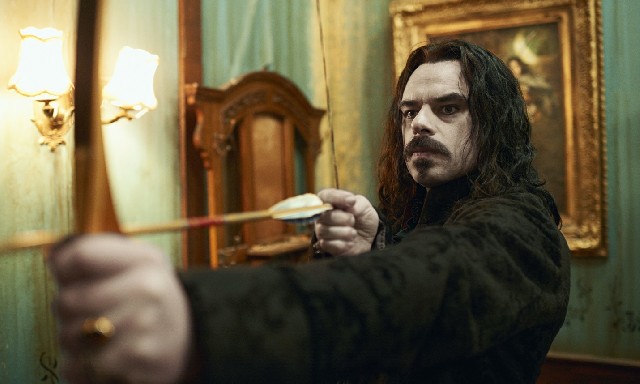 Vladislav (Jemaine Clement) aims at Viago who holds up a dart-board. He misses. Photo from yaleherald.com 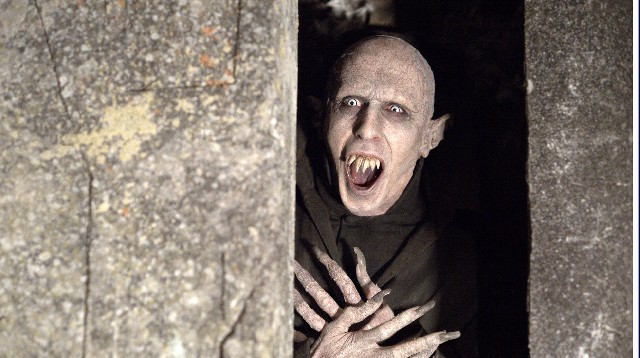 Petyr (Ben Fransham) is upset to be disturbed so early in the evening and is a wonderful homage to Max Schrek in "Nosferatu." Photo from cdn.bloody-disgusting.com 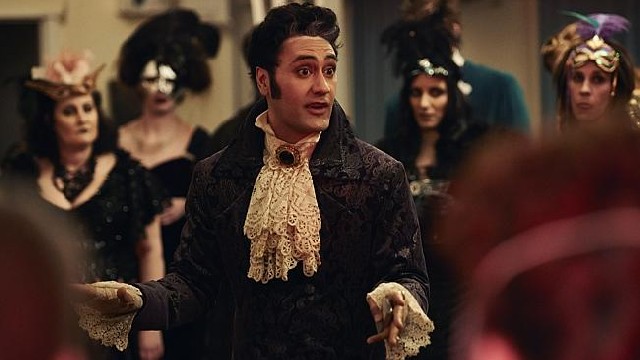 Viago (Taika Waititi) at the undead party where the big confrontation happens. Photo from resources2.news.com.au 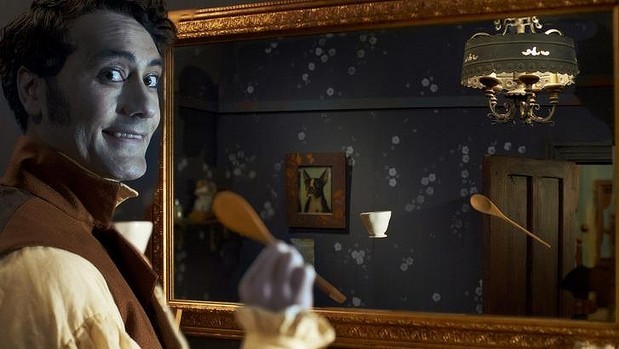 Viago makes a spoon float through his mirror invisibility, which isn’t ironically, taken into account with regard to the actual filming of these vampires. Photo godhatesgeeks.com

It was really easy to expect more from Taika Waititi’s and Jemaine Clement’s “What We Do in the Shadows,” especially with Images’s sign proclaiming The New York Times’s approval: “Hilarious!” It was still a fun film.

In a mode that’s been popularized by shows like “The Office” “What We Do in the Shadows” is shot in the so-called mockumentary style, probably better called fictitious documentary. It follows the pursuit of four flatmates who are vampires: Viago (Taika Waititi), Vladislav (Jemaine Clement), Deacon (Jonathan Brugh) and Petyr (Ben Fransham). Petyr is a slightly smirkable tribute to “Nosferatu’s" Count but the funniest part is when he catches on fire  in the basement (his room) from the sun because a vampire hunter tried to get in.

The last great vampire in recent memory is Jim Jarmusch’s “Only Lovers Left Alive” but it’s a little unfair to compare these filmmakers. Jarmusch is nearing the end of his career; Waititi and Clement are young. Still, this is the kind of film that lives through references to funny moments or memorable scenes instead of rewatching for the 100th time.

Waititi (and perhaps in this sense he is better a soloist director) did much better in his first feature, “Boy” which uses irony in a much more nuanced way, a little like Jarmusch’s irony in fact. And while vampires have their importance in our contemporary society, “Boy” narrated many more important issues, like the state of indigenous people in New Zealand (Waititi is part Maori and part Jewish), fatherless children, and the cultural influence of the West on places like New Zealand.

As the fictitious documentary style promoted by “The Office” takes hold, hopefully it will go through more innovative changes. Without an apparent disclaimer, a gullible human could think this movie was a real documentary and be horrified. In part, this film is a larger homage to “Nosferatu the Vampyre,” Werner Herzog’s retelling of the mysterious circumstances surrounding the making of “Nosferatu.”

What this film does that’s becoming particular to 21st century films about vampires (excluding a series that no one needs to mention right now) is the humanizing of vampires. Stu, a friend of Nick (Cori Gonzalez-Macuer), a recent human turned vampire, is an IT guy and helps the vampires connect to the Internet and take selfies (it’s pleasantly ironic that no one points out that if these vampires can’t be seen in a mirror then they shouldn’t appear in a photo but maybe that doesn’t apply to the digital realm). But what humanizes them the most is when they are shown a sunrise on YouTube, some not having seen a sunrise in 200 to 800 years. They also fight and argue like bro-dudes but this element of the sunrise is the most poetic feature of the film. Can there be more vampire films where vampires are treated like human beings?