Agnes of God in Palm Springs 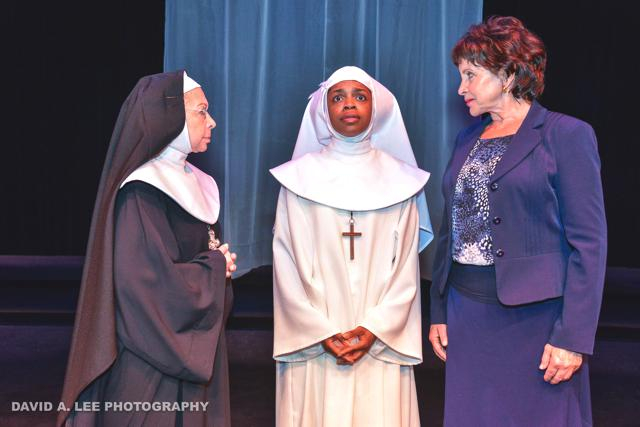 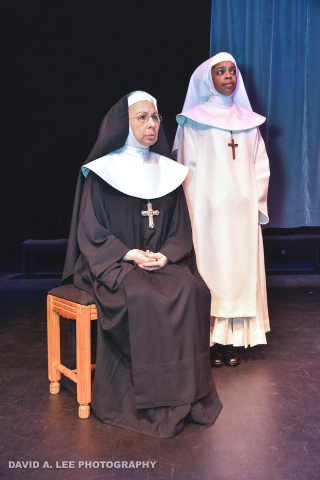 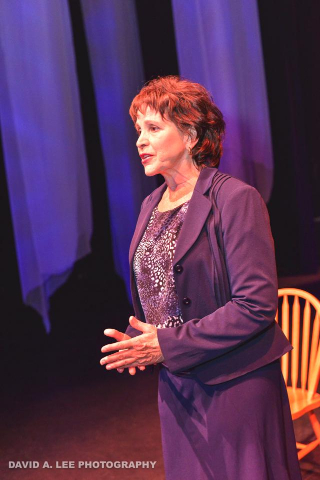 Whoever says one has to go to New York or LA to see great theatre obviously hasn’t seen, but should see, the current Coyote StageWorks production of “Agnes of God” currently on stage at the Annenberg Theatre in Palm Springs.

The serious, thought-provoking play written by John Pielmeier examines not only the core issue of how religion interacts with science and psychology in particular, it also becomes a theatrical triumph in the hands of its gifted director Don Amendolia. Thanks to a brilliant cast of three female actors who plumb the depths of their highly complex characters in a glittering display of insight, faith, doubt, love, and humanity, “Agnes of God” is a must see production.

Pielmeier, says he’s always been fascinated by crises of faith and youth related subjects for his plays and his writing projects. In 1982, he hit the jackpot with “Agnes of God” propelling him into the front ranks of American playwrights.

Set in a convent, the story of “Agnes of God” explores the incidents surrounding a young novice (a mesmerizing Britt Adams) who has been accused of murdering her newborn. A court-appointed psychiatrist, Dr. Martha Livingston (Marsha Waterbury) is charged with assessing the sanity of the young novice. Mother Miriam Ruth (Laura Julian), the Mother Superior of the order is determined to keep young Agnes from the doctor arousing Livingston’s suspicions further as to what actually took place that fateful night. Who killed the infant and who fathered the tiny victim are root questions that Livingston, a conflicted fallen-away catholic, is determined to raise and get answers to for her medical report.

Through a series of highly charged, penetrating, and revealing interviews with Agnes, Livingston’s analysis, however, remains inconclusive. None the less, these sessions ultimately force all three women to re-examine the meaning of faith and the redemptive power of love that leads the audience to a dramatic compelling climax. No more spoiler alerts. One must come and experience the play for oneself. It’s a riveting experience. I guarantee it.

Faith-based plays can be daunting for audiences in that they run the risk of feeling threatened by the on stage authenticity of the performers. The role of theatre is to hold up mirrors to those of us who make up humanity and then let each draw his or her own conclusions as to whether we are players or observers, or both. No one ever said life on this planet is easy and that everyone deserves a free ride. That just isn’t the way it works.

The beauty and the power of this stellar production comes from the inspired performances of its three-woman cast. Each performance radiates a glow like a multi-faceted precious gem. It’s not often one gets to root for all three characters in the same production. In this production each actor is allowed to create their own special magic under the watchful eye and seamless direction of director Amendolia. When ensemble casts, like this one, click; the results are sublime.   A special note concerning the performance of actor Laura Julian is worth mentioning in this review. Ms. Julian stepped into the role of Mother Miriam Ruth with only a few days of rehearsal after a medical condition forced actor Valorie Armstrong to withdraw.

The technical and the creative team led by director Amendolia features a minimal, space-stage performing area designed by Josh Claybaugh consisting a couple of chairs surrounded by gossamer curtains, and lengthy sheer vertical banners lending a dream-like quality to the stage that is bathed in Moira Wilkie’s clever lighting design that splashe blue, white, and rose shafts of light in dramatic fashion.

Also spot on are the costumes of designer Bonnie Nipar for the nuns, right down to their traditional black ‘louis heel’ shoes. And Mother Miriam Ruth’s rimless glasses is the icing on the cake for all those who had to endure those penetrating stares from the eyes behind those glasses years ago is a touch of genius. It’s always the little detail things that separate a good production from a great production. And making sure everyone is ready and on their toes and keeping the entire production running is stage manager Larry Raben.