A Letter To Harvey Milk: The Musical

Coming Out in San Francisco 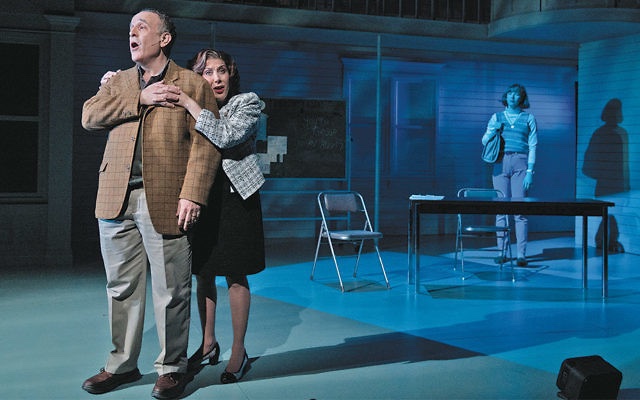 A Letter to Harvey Milk 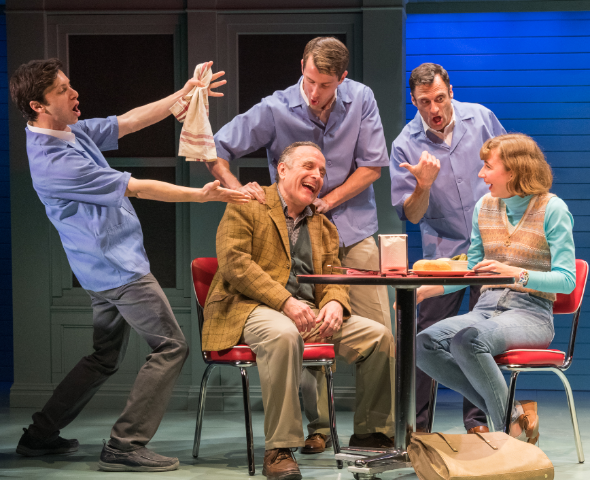 Coming out in "A :better for Harvey Milk"

A Letter to Harvey Milk had a successful run at the Acorn Theatre in New York in 2018.  It is streaming free with suggested donations for the Actor’s Fund and The Hebrew Immigrant Aid Society.

Based on a short story by Lealea Newman, a young Jewish lesbian (Julia Knitel) teaches an old Jewish butcher (Adam Heller) how to write.  She does this by asking questions.

Harry Weinberg (Heller) has been spending his days consulting his dead wife (played with vitality by Cheryl Stern) and sitting on a bench in the Shakespeare garden of the Golden State Park.

Barbara the teacher left her Connecticut home when her parents cast her out after she came out. Butcher Harry came West because there were more than enough kosher butchers in Long Island and not enough in California.

Harvey Milk (Michael Bartoli), another dead character in the musical, came into the Weissberg butcher shop for jelly beans and political advice. For Weissberg he was a  son. We discover that Milk also provided a way to make up for failing to save a Jewish homosexual decades ago.  Barbara had just arrived  in San Francisco when Milk was killed. To be openly gay was an important way to honor him.

Serious themes underly the musical, but do not interfere with its pleasures.  They subtly enhance the piece.  Underlying camp Jewish humor, some of it broad and obvious, is a touching relationship between two people, the odd couple, cut off from their pasts because they dread remembering them.

The songs are delightful, particularly the solos of Julia Knitel and the trios and ensemble pieces.

The director Evan Pappas with his video team have used single frames with similar backgrounds intercut with still photographs with the play’s characters caught in action on the stage. The images of the streamed and still actors do not quite match, but the experiment is worth it.  We are reminded throughout that this is an effective staged piece.

Set more than three decades ago, when we were just emerging from centuries of suppressing the love that could not be named, it is comforting to feel un-selfconscious acceptance sweeping across the stage and the songs.  It seems a miracle that this has simply or not so simply happened.  Lives like those described here made an early difference.  The musical tells the moving story with humor.