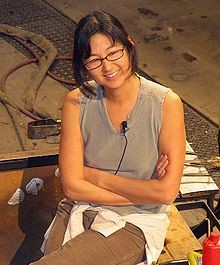 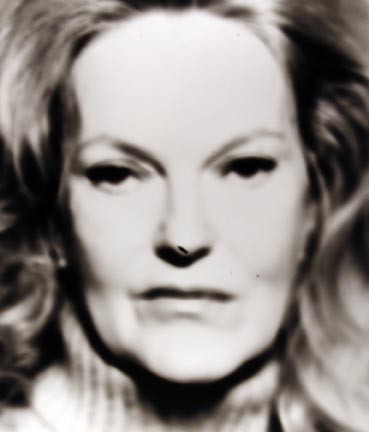 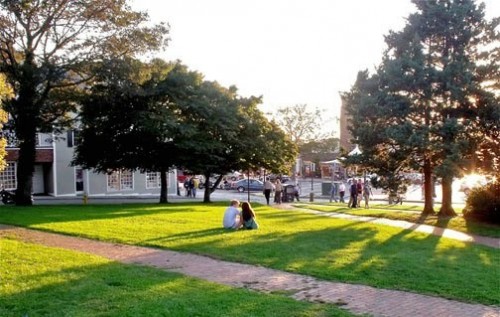 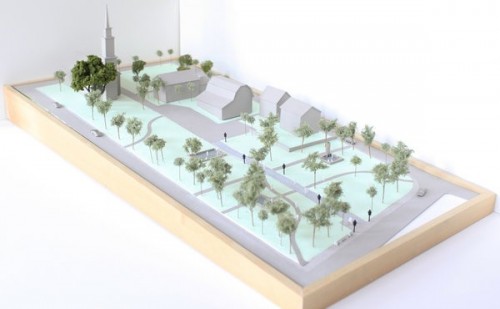 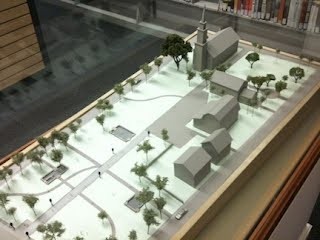 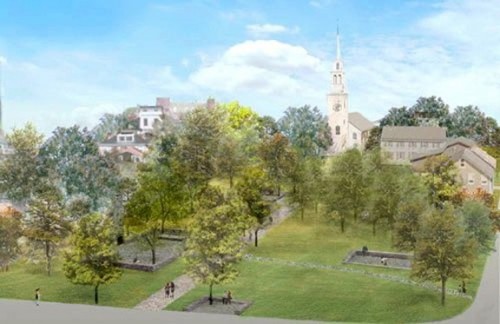 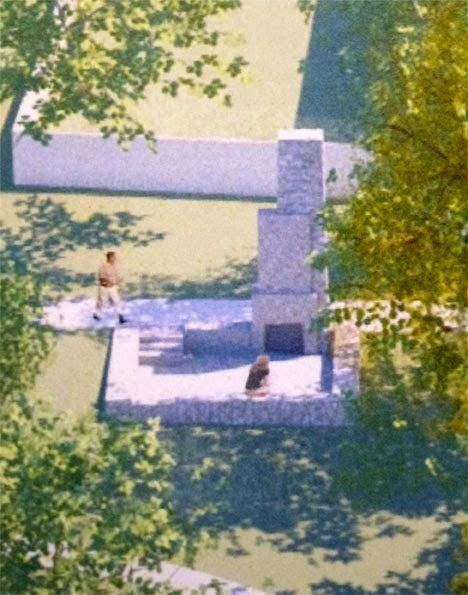 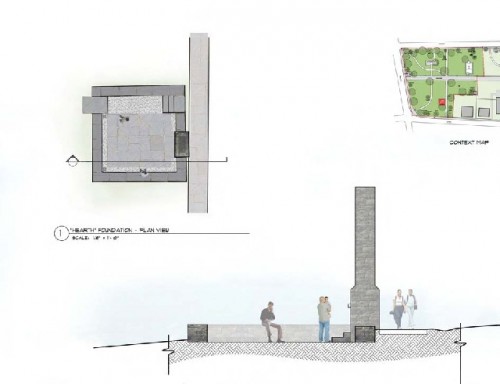 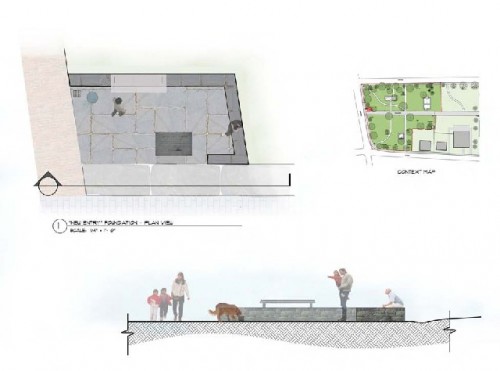 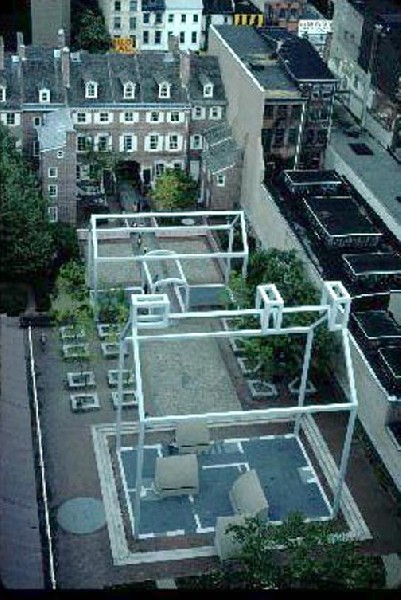 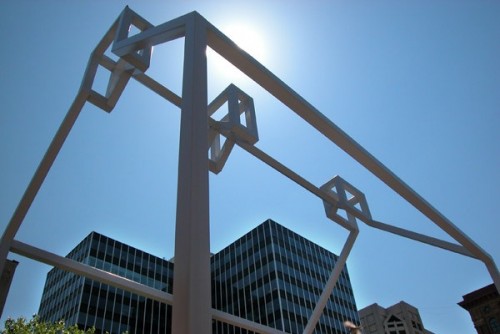 Controversies and aesthetic tensions are not new to architecture, art and design projects. There is a project in Newport, RI that clearly underscores this type of situation. Blurring the lines between art and architecture, it is public art and civic design by a prominent name. A local editorial in Newport, Rhode Island stated that "Doris Duke should be honored not Maya Lin." And that says a lot.

This project will certainly be known for its designer, Maya Lin (born 1959). Only secondarily will the focus be on the one memorialized, Doris Duke.

Should a design by a star architect be enough to be the best project solution to memorialize or celebrate a person (in this case megaphilanthropist Doris Duke) or persons? The answer is a not so definitive qualified no and yes.

Some Newporters viewed the Queen Anne Park project as a fight for the very soul of the waterside City of Newport. This is largely because of the efforts and example of Ms. Duke, herself, or at least what she patronized by generous gifts.

The somewhat painstaking preservervation of Newport's colonial and Gilded Age heritage over the past four decades has been the result. More garish aspects of contemporary commercial culture and design have been carefully kept at bay by town leaders underscoring Newport's special historic charm.

Over the years, Lin's commissions have been primarily very architectural designs with environmental installations as her form of public art. The Doris Duke Memorial is one of these efforts.

After much public debate and some prominent individuals' vocal consternation, the Newport City Council approved the project by the celebrity designer last December. In so doing, they also transferred management of Queen Anne Park to the Newport Restoration Foundation, one of Duke's charities.

The installation, called Meeting Room, involves constructing three, low-walled structures within the approximately one-acre space of the square. Each structure is to be made from salvaged local granite. they are intended to suggest the foundations of vanished centuries-old New England buildings. Miss Duke paid for and supervised the creation of Queen Anne Square in the late 1970s. She sponsored the effort to create the contemplative open space from an area of former derelict commercial buildings.

The Duke Memorial is to be paid for entirely with private money. The foundation and other supporters of the project say the new park will honor Duke in an unobtrusive and intelligent way. Also, it will show that Newport is able to look toward the future. Saving Newport money, maintenance will be taken over by the sponsoring foundation.

The talk of the town since its inception early in 2011, Newport residents split into two distinct camps over the Maya Lin designed project. Though civilized, this split has led to emotional debates and passionate banter. One group welcomed the $3.6 million project that would put the tourist city even more on the map in an architectural sense. A Maya Lin piece will be just the right attraction. They saw this design as not only a look to the past, but a view to the more modern future.

The other, more conservative group did not want the park fronting the historic Trinity Church (constructed 1725-28) redesigned or, for that matter, touched at all. Perhaps, a flower bed here or there and a few new benches--but that is all. To them, Newport is already on the map--architecturally, culturally and historically.

Starchitects often bring instant iconic albeit magnetic attraction to a site. Think Frank Gehry to Bilbao, Spain, the much earlier Frank Lloyd Wright to the Guggenheim in NYC, and Diller Scoffio+Renfro  for Boston's ICA. Lin's Viet Nam Veterans Memorial is such a place. Queen Anne Park could be a special space as well.

The park's redesign includes the three ghost foundations, rectangular depressions edged in stone, which also serve as benches. These reconstructed foundations are intended to visually remember historic if not significant houses razed in the 1950s. They made way for commercial buildings razed in the 1970s that led to the current Queen Anne Square. Huh? The symbolism is a bit stretched.

Another earlier park memorial was created by a starchitect. In 1976, a quite provocative memorial was commissioned by the National Park Service in Philadelphia. The architectural firm of Venturi and Rauch was hired to develop a plan to convert a downtown site into a Benjamin Franklin memorial. Adjacent historic Market Street buildings were thoroughly restored on the exterior and now presently house historical displays, an archeological exhibit, a post office, a postal museum, and a working eighteenth-century print shop and bindery.

In the courtyard there was very little to actually restore. Franklin's own "good House" and print shop had been razed in 1812. Despite years of exhaustive research, few of the architectural details had been recovered.

Robert Venturi and his associates devised a wonderful solution. If the house itself could not be reconstructed, its ghost could appear. Towering 54 ft high outline structures of painted steel frames were erected in the courtyard to suggest the form and volume of the house and the print shop. Descriptive quotations were inscribed on the paving, and viewing wells were included to allow visitors to look below ground at what remains of the original foundations. Here public space is embraced by public art.

Landscaping turned the surrounding courtyard into an 18th century garden. With its combination of historical restoration and evocative sculpture, Franklin Court offers a eloquent and elegant means of exploring Ben Franklin and his times.

Venturi's ghost structures appear to be a better design solution than Lin's contemporary symbolic stone ruins. Before we really judge, we must wait to see the finished project. If not an inspired design, Lin usually has elegant lines, materials, and  finishes to her projects. I wonder if Lin studied Venturi's Franklin memorial project?

To opponents, the Duke memorial should not be about Maya Lin's geometric symbolism but about Doris Duke's generosity and largesse. The naysayers feel that there is an inauthenticy to the redesign of the park. The completed park will answer their questions. Adding to this, Ms. Lin's presentation drawings and renderings are less than spectacular.

To be fair, throughout her career, Lin's projects have always attempted to connect form and memory as elegantly as possible. She sees this one in the same way. The problem is how to balance the notion of tradition without using forms and materials in traditional ways. As an architect, Lin is walking the line between Newport's signature historical tradition and 21st Century aesthetic precedent.

To Lin, this is the best way to celebrate Doris Duke's legacy.

However, aesthetically this seems to be one of her least visually expressive creative solutions compared to most of Lin's previous projects. Being polite, in the various drawings and models, there is a restrained even austere Zen rock garden character to it that does not convey any poignancy, visual delight, or even cultural  insight. Her presentation drawings and renderings for Queen Anne Park are not very vibrant much less interesting. Did a star get her way in spite of the quality of the concept and creative process in Newport? Perhaps the reality will magnificently trump the models and renderings?

By mid-Summer, the proof will be in the actual park piece. Then we will see if her form joins memory.