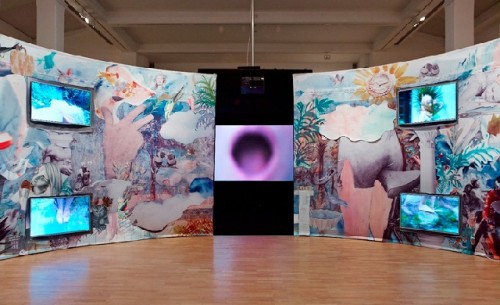 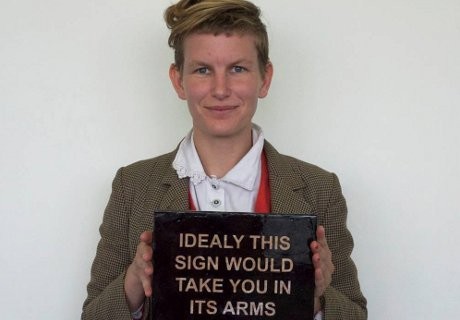 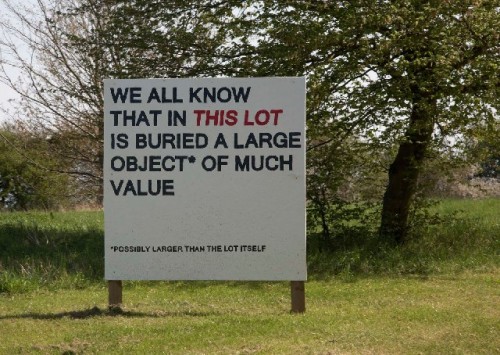 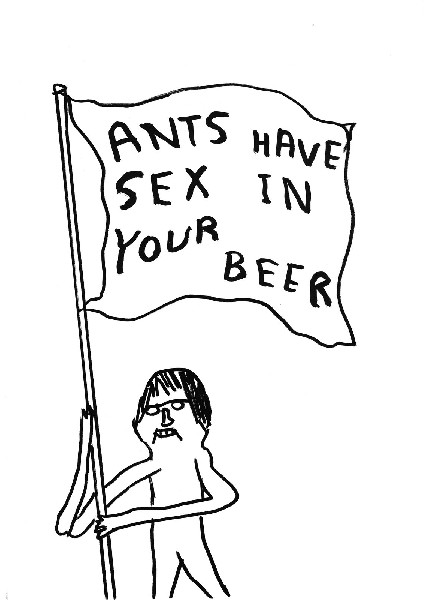 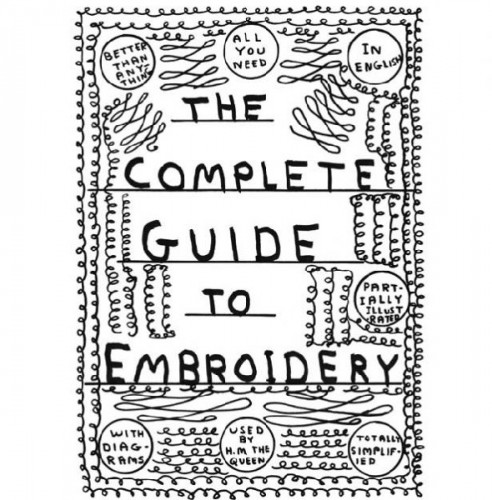 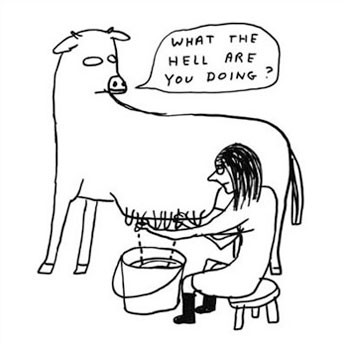 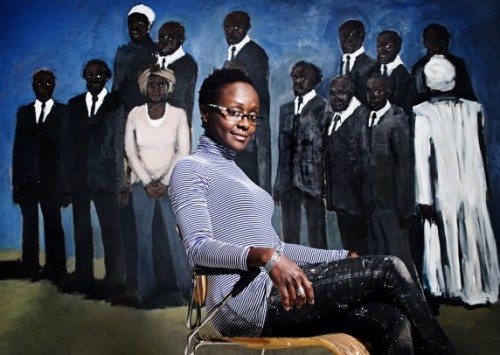 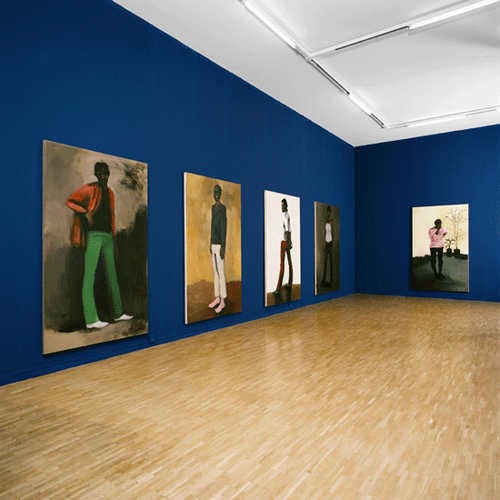 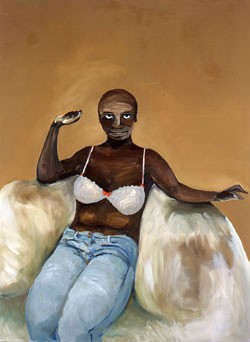 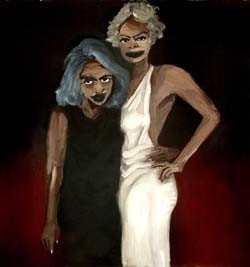 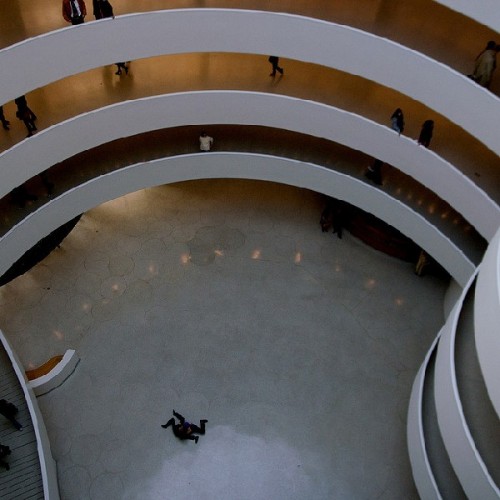 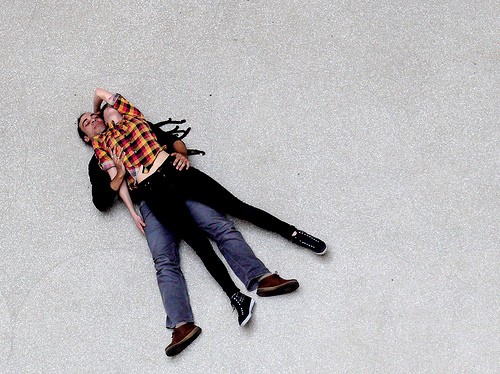 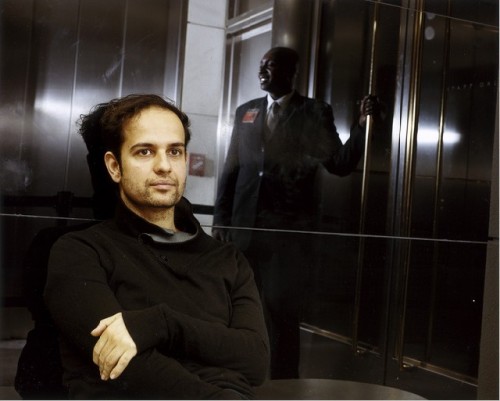 Tate Britain today announced the four artists who have been shortlisted for the Turner Prize 2013. This year the exhibition will be held at Ebrington in Derry-Londonderry as part of the UK City of Culture 2013. The artists are (in alphabetical order): Laure Prouvost, Tino Sehgal, David Shrigley and Lynette Yiadom-Boakye.

For her new work Wantee commissioned with Grizedale Arts for inclusion in Schwitters in Britain at Tate Britain and for her two-part installation for the Max Mara Art Prize for Women, resulting from a residency in Italy and presented in collaboration with the Whitechapel Gallery.  Her unique approach to filmmaking, often situated within atmospheric installations, employs strong story telling, quick cuts, montage and deliberate misuse of language to create surprising and unpredictable work.

For his pioneering projects This Variation at documenta (XIII) and These Associations at Tate Modern. Both structured and improvised, Seghal’s intimate works consist purely of live encounters between people and demonstrate a keen sensitivity to their institutional context. Through participatory means, they test the limits of artistic material and audience perception in a new and significant way.

For his solo exhibition at Hayward Gallery David Shrigley: Brain Activity which offered a comprehensive overview and new perspectives on his work. Including not only his well-loved drawings but also photography, sculpture and film, the exhibition revealed his black humour, macabre intelligence and infinite jest.

For her exhibition Extracts and Verses at Chisenhale Gallery. Yiadom-Boakye’s intriguing paintings appear traditional but are in fact much more innovative. Her portraits of imaginary people use invented pre-histories and raise pertinent questions about how we read pictures in general, particularly with regard to black subjects.

The Turner Prize award is £40,000 with £25,000 going to the winner and £5,000 each for the other shortlisted artists. The Prize, established in 1984, is awarded to a British artist under fifty for an outstanding exhibition or other presentation of their work in the twelve months preceding 16 April 2013. It is intended to promote public discussion of new developments in contemporary British art and is widely recognised as one of the most important and prestigious awards for the visual arts in Europe.

This year the exhibition will be on show in at Ebrington in Derry-Londonderry as part of the UK City of Culture 2013 (23 October 2013 -5 January 2014). The winner is announced at an awards ceremony on Monday 2 December 2013.

The members of the Turner Prize 2013 jury are:

The jury is chaired by Penelope Curtis, Director of Tate Britain.

About the UK City of Culture

Derry~Londonderry 2013 promises a year-long cultural feast of music, dance, theatre, art and much more on the banks of the River Foyle.

The UK City of Culture initiative was announced by the UK Government in 2009, building on Liverpool’s success as European Capital of Culture in 2008, inviting cities to compete for the first UK City of Culture title in 2013.  Derry~Londonderry is the winner of the title for 2013. The other shortlisted cities were Birmingham, Norwich and Sheffield.

Derry~Londonderry UK City of Culture 2013 is funded by the Department of Culture, Arts and Leisure of the Northern Ireland Executive, with core funding from Derry City Council, and capital infrastructure delivered by Ilex, Urban Regeneration Company. The cultural programme is also funded by the Arts Council of Northern Ireland, Arts Council of England, the British Council and others.

With the support of Principal Partner, BT