Waiting for Lefty by Clifford Odets 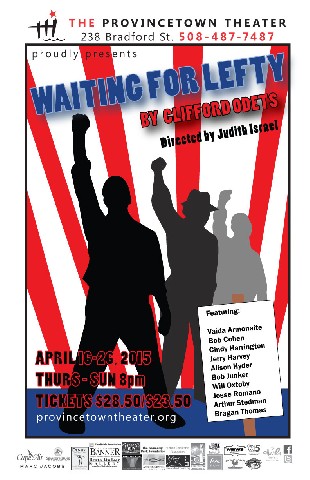 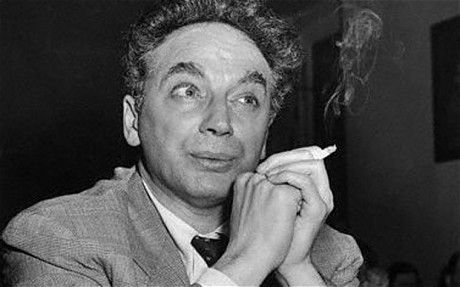 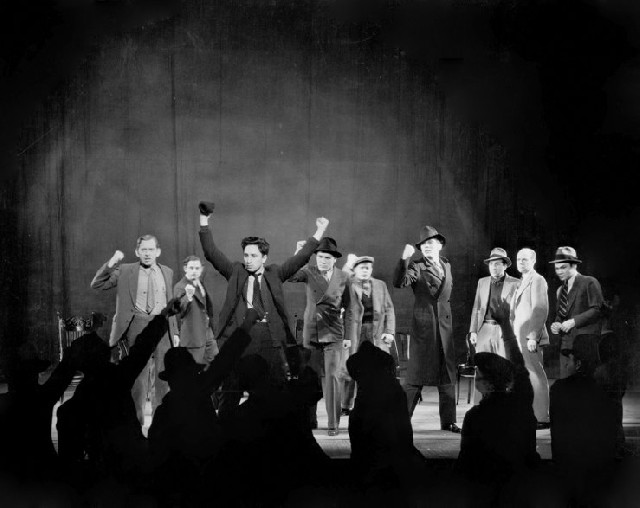 The original Broadway production with Elia Kazan in the cast.

The play was widely produced during the Great Depression.

Inspired by the New York City Taxi Strike of 1934 the agit-prop play “Waiting for Lefty” by Clifford Odets was set for its Town Hall premiere that summer in Provincetown. The event was cancelled by the Board of Selectmen stating that “the play is about strikes and things, and gives people the wrong kind of ideas.”

The controversy was carried by national media and the play was widely discussed before it opened at the Civic Repertory on 14th Street in January 1935.

In the spirit of the centennial of progressive theatre on Lower Cape Cod this season the company is presenting a number of works including plays by Provincetown playwrights Eugene O’Neill and in September, Tennessee Williams, that are viewed as canonical for American Theatre.

As a part of this mandate The Provincetown Theatre launched the season with the long postponed actual premiere of that infamous Odets play.

The passionate but uneven production provided the rare opportunity to experience theatre from the Great Depression when the arts were inspired by many creators on the left.

The title of the play begs the question of whether Lefty is the nickname of an absent labor union agitator or a plea for a leftist social and political agenda. Should we fail to get the message, a female character, stridently dressed in red, attempts to recruit a down on his luck worker with the charity of a buck and a book. The pamphlet is question is a copy of the Communist Manifesto with its mantra of  “Workers of the world unite you have nothing to lose but your chains.”

In the final scene of the play the workers assembled in the shabby union hall punch the air with the call for “Strike, Strike, Strike.” When that was enacted during opening night in New York the players were joined by the sympathetic audience. This is agitator inspired theatre that wears its heart, or hammer and sickle, on its sleeve.

The play was a success with numerous productions all over America.

It earned Odets a national reputation that translated into a ticket to Hollywood. There he became little more than a hack in the studio system. The mostly mediocre scripts were written by committee. Like the great F. Scott Fitzgerald and William Faulkner he earned a living wage during the hard times while their talents were squandered.

When he moved to Hollywood Odets resigned from the Communist Party of America. Like his friend Elia Kazan he provided the names of  former CPA colleagues to HUAC. It meant that he continued to be employed as a “loyal American.” But this betrayal of comrades led to being shunned and reviled by his peers.

That background makes experiencing his most renowned work all the more complex.

Like much of the art of the social realist period it is strident and cartoonish. The characters are predictable and one dimensional. The propaganda being conveyed on stage largely depends on the political sentiment of the audience for its impact. During the Hard Times of the 1930s, when few Americans could afford to attend theatre, Odets was preaching to the choir. Audiences applauded seeing themselves on stage.

In the production we saw in Provincetown it started with a slide show and sound track with images of strikers attacked by cops and goons. Their jobs were taken by scabs. Even when strikes were settled, many of the workers fighting for better wages and conditions were blackballed.

The corrupt union leaders were often as bad as the bosses. The Odets play spells this out in black and white.

It is ironic that one of the greatest films of Kazan was “On the Waterfront.” As a work of art it is far more nuanced and enduring than the one dimensional “Waiting for Lefty.”

For all of its inherent and dated limitations I much enjoyed seeing this play. The raw, primitive production with bare staging, minimal lighting and generic period costumes enhanced its sense of authenticity. The performance was as gritty and bare bones as the drab union hall depicted on stage. One almost felt like experiencing a Great Depression era production by out of work actors.

The uneven skill levels of the actors also provided a reality check that we were reliving a time of turmoil and strife. The arts were an important part of what sustained the American spirit. It was the only time in our history that artists were recognized by the government as part of the unemployed. Under the New Deal of F.D.R. artists were put to work by the WPA and FSA.

My uncle Fred Giuliano was a card carrying member of the CPA and worked in the WPA theatre.

While dated “Waiting for Lefty” has many themes that resonate today. There is still the struggle to earn a living wage by working for fast food restaurants or corporations like Walmart. During an era of prosperity too many Americans, like those pushed to the edge cab drivers in 1934, struggle to pay the rent and feed their families.

In reminding us of that then and now conundrum this rough edged production of an  icon of American theatre felt just about right.