The Submission by Jeff Talbot 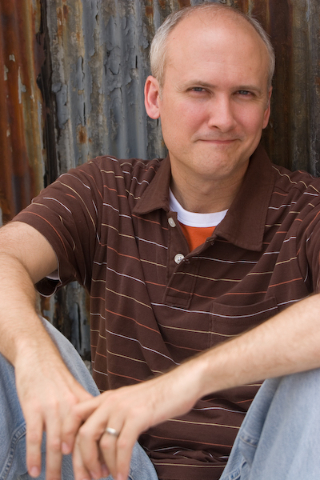 That might sound contradictory, but it’s at the heart of “The Submission,” Jeff Talbott’s incendiary, multi-award-winning play that shoots off plenty of pyrotechnics.

The original, bold play about the hurtful power of words and how even those among us who’ve been or are marginalized aren’t immune to biased thinking is running through May 8 in an often powerful Island City Stage production.

Credit the award-winning professional theater company, located in a Ft. Lauderdale-area community described as an “up and coming Gay Mecca” on www.tripadvisor.com, for finding not just a play about race, of which there are many, but one that tackles the timely topic from a fresh angle. It makes us look inward regardless of our skin color, sexual orientation, etc. What we’ll find inside ourselves might not be pretty, Talbott seems to say.

Ugliness isn’t what we discover, at least not on the exterior, when we meet Danny, a young, gay playwright who has penned a play about a black family trying to move out of “The Projects.”

It occurs to the naive Danny that people might not look favorably upon the play when they learn the author has a common-sounding name some might associate with a white person.

“You have literally no experience to inform (your play),” his friend, Trevor, tells him at the beginning of “The Submission.”

“No shit,” Danny responds, to which Trevor answers, “It’ll be the first thing people ask.”

So when Danny submits his piece to the Humana Festival of New American Plays, an internationally-acclaimed festival, he does so under a pen name that “sounded kind of black.” The pen name: Shaleeha G’ntamobi (sha-Lee-ya guh-Nah-ta-Moh-bee).

Danny’s decision might not have carried bad intentions, but when festival officials choose his play for production, it causes stress and exasperation not just for him, but Emilie, the black actress he’s hired to pretend she’s the author.

Talbott explores the race issue from an angle not often explored in the theater: infighting among minority groups as to which has been subject to more discrimination, hate and suffering. Forget about racial harmony between white and black people for a moment; if members of minority groups can’t get along and stand with each other in solidarity against hate and bias, how will the race issue ever go away, Talbott challenges us to consider.

A casual, serene aura surrounds the play’s proceedings from the beginning. But as “The Submission” progresses over the year that it takes place, its temperature rises to a degree equal to such explosive works as Bruce Norris’ Pulitzer-Prize and Tony-Award Winning play “Clybourne Park.” Norris’ play is a spin off of to Lorraine Hansberry’s highly-acclaimed 1959 classic play “A Raisin in the Sun,” which, similar to the play Danny writes, is about a black family’s decision to use a life insurance check to move to a better neighborhood.

“The Submission” also calls to mind the intense, heated works of David Mamet, whose dialogue often has characters cutting each other off mid-sentence.

Mamet’s edgy, clever fast dialogue has earned the nickname “Mamet Speak.” But Talbott has clever, biting words in his own arsenal.

“A gay white guy telling a black woman he gets her pain is a little like Adolf Hitler eating a piece of fuckin’ kugel and saying he understands the plight of the Jews,” Emilie thunders at Danny, for instance.

With such lines, Talbott demonstrates his ability to make us cringe and laugh at the same time.

Some of the laughter takes on a lighter flavor, a la Neil Simon, while other lines make us laugh uncomfortably.

Under Michael Leeds’ mostly astute, sensitive, detail-oriented direction, the production builds slowly in intensity, so that the play’s most scorching scene is believable. It’s one of the most heated scenes I’ve encountered during my 35-some years of theatergoing.

There’s a sense of urgency conveyed in the production, mirroring the urgency to act in light of racial tensions gripping the nation. Director Leeds employs a rapid pace with lightning-fast transitions between scenes; one has barely ended before the lights come up on another (Michael McClain’s simple set design helps ensure these transitions occur seamlessly, although I question the need for his blown up pages of illegible dialogue as a backdrop to represent Danny’s play. The pages seem like merely space fillers). During the short interval between scenes, loud, in-your-face-style music plays.

The cast mostly excels, although there are words they need to emphasize more.

The play’s first words, spoken by Danny, are “Yo, muthafuckah,” but they sound too tame as spoken by Daniel Gil, who otherwise shines as Danny.

And while there’s rapid-fire dialogue, sometimes responses sound rehearsed. Mastering this fast-paced dialogue while making it seem spontaneous is hard to perfect.

Gil conveys a boyish, wide-eyed naivete in the beginning, suggesting an ambitious, young playwright who’s a bit too impulsive.

The actor, in a multi-faceted performance, imparts the character’s softer side, but when it comes time to ratchet up the intensity, his Danny turns into a sarcastic, bitter, rude person; gone is the boyish demeanor and wide eyes, replaced by an icy stare and facial expression.

Rita Joe shines as Emilie, playing her in an understated manner at times with nuance, a sense of humor and amusement.

At other times, her voice registers palpable and convincing raw pain and anger, which never feels forced. Joe’s intensity will send chills down your spine.

In supporting roles, Chris Anthony Ferrer invests Danny’s boyfriend, Pete, with a loving, hyper, intense personality. Ferrer and Gil make us feel the love of this couple; it’s as though they’ve been together for decades.

But we all share a quality that’s hurting our society, the playwright suggests.

“Don’t accuse me of not noticing the way the world works,” Danny says to Emilie after describing the incident that inspired his play and Emilie subsequently jumping to a conclusion that suggests prejudice. “Because you made the same assumptions anybody would about that story, and that is because we’re all the same. Not because we want to be. But because we are.”

Makes you stop and think, doesn’t it?