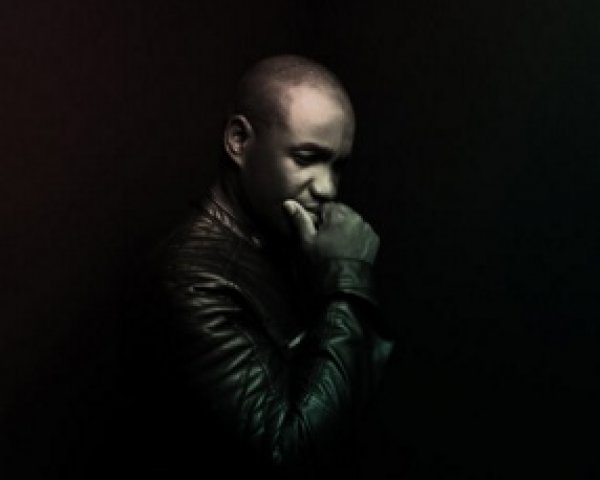 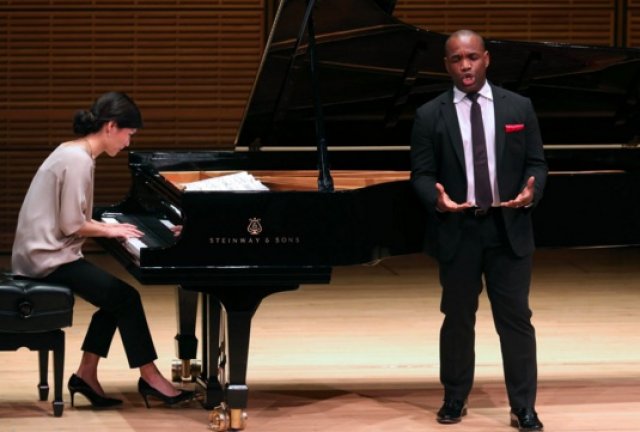 Myra Huang is a masterful pianist, listening to each note as it echoes out and responding to her instrument and the singer. 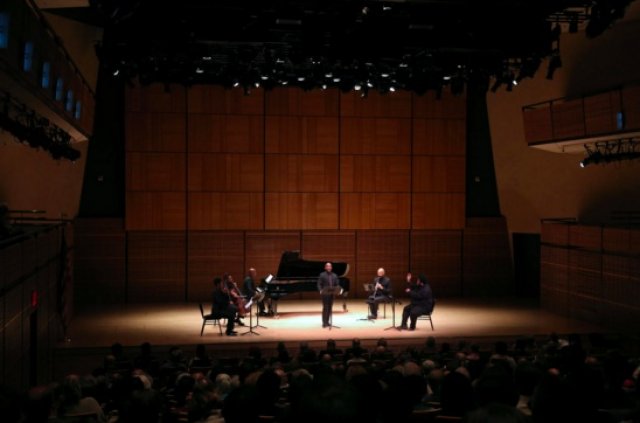 Lawrence Brownlee, Tyshawn Sorey and their accomplished friends take to the Carnegie stage to tell us about America in song. 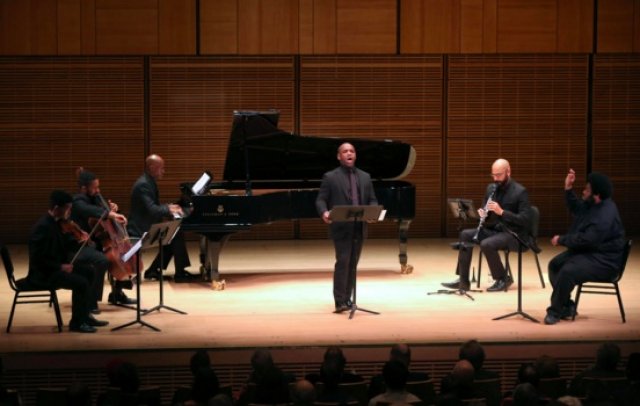 On violin, cello, piano and clarinet, musicians back up Lawrence Brownlee as he sings about being black in America and hope. 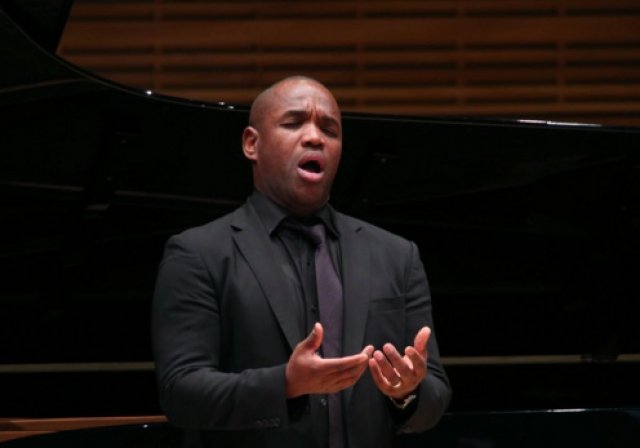 Lawrence Brownlee introduces us to his America. "America, do you care for me as I care for you?" 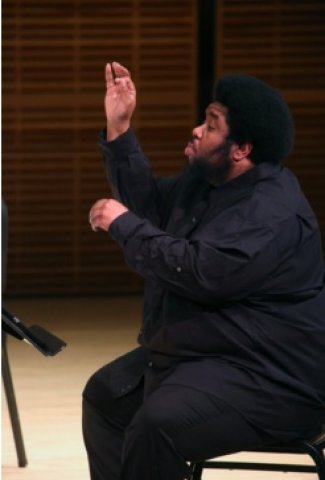 Tyshawn Sorey conducts his Cycles of My Being 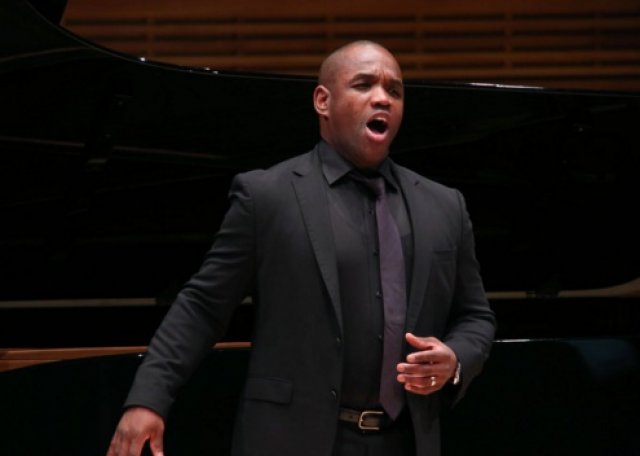 The irresistible Lawrence Brownlee sings out.

Lawrence Brownlee is a world class bel canto singer. He is also a daring artist who is moving out of his comfort zone to tell new truths in song. Not long ago at the Park Avenue Armory, Brownlee performed the repertoire for which he is justly famous in the Officers Room and then moved to the Veterans Room to be accompanied by Jason Moran in Lead Belly and Johnny Hartman songs.  As he launched into Nat King Cole, this new territory seemed strange for the singer, but Brownlee came to fully embrace Hartman's "Nearness of You."

At Carnegie Brownlee undertook two song cycles, one of the classic musical forms. Some attribute the beginning of the song cycle form to Beethoven, but in fact they are part of human culture since the beginning to time. The Iliad can be considered one. Mead-Halls were early places to sing them.

Robert Schumann came from a literary family and wrote well himself, although he was never able to finish a novel. At the age of 30, after years of composing for the piano, he married Clara Weick, whose father had refused to allow the union for 16 months. It may well be that the feeling of lost love was etched in Schumann’s heart as he took up his most celebrated cycle, Dichterliebe.

A new Brownlee emerged as he sung these songs. A brilliant edge was added to the lovely lyricism of the voice we have come to know. Anguish, desperation, and sadness are all painted in his darker tones, often richly textured in the lower registers.

At first the artist, in a black suit with the red tie and a bright red handkerchief over his heart, stood still on the stage. Although the text suggests that all is well, the music does not. It falters at the start, trying to find a key. Myra Huang at the piano captures the search for a beginning.

As the story unfolds, Brownlee becomes impassioned, gesturing with his phrases and adding emphasis with movements of the body. In ‘Ich grolle nicht’ he reaches down to the lowest part of his register, saying “I am going to bear this grief.” Yet he also seems to say "You can’t sing Count Almaviva for the rest of your life. I dare to go on."

Schumann provided Huang with many opportunities to display her singular talents as an interpreter as well as an accompanist. In the songs in the third quarter of the cycle, she delighted in the piano's preludes. Huang also showed each song leaning to the next one, trying to find a balance.

Cycles of My Being was commissioned by Opera Philadelphia, Carnegie Hall and Lyric Unlimited of Lyric Opera of Chicago. Brownlee, as well as the composer Sorey and Poet Terrance Hayes have all long thought about what it means to be a black man in America. They join other young black men who are stepping forward to help us understand.

Jordan Peele, who just won an Academy Award for his “Get Out” original screenplay, wanted to give us the feeling of what it is like to be the lone black man in the room.  In his film, the scene which echoes a slave auction is horrifying.

Brownlee stepped on to the stage in a grey suit, a grey shirt and tie. Muted, almost blending in to the background.

The cycle ends with “Each Day I Rise, I Know.”  Sorey blends traditional forms of spiritual and call-and-response (with the fellow musicians acting as chorus) with writing that shows off Brownlee’s melodic gifts as he sings, “Each day I rise, I know / I have something to love.”

All the focus is on his voice and meaning of the powerful words. To a very quiet, non-threatening musical accompaniment by clarinet, violin, cello and piano, Brownlee sings of the black man’s pain.   Sometimes sounding more like a plain chant than the blues, the text of the six songs by Hayes are charged with feeling. Yet a finger is not pointed at white people. These are songs which help us understand how it feels to be a black man in America. And Brownlee’s encore choice, “The Nearness of You,” showed us that he, and black men, want to be near all Americans in an understanding and comfortable setting. Carnegie Hall provided this.