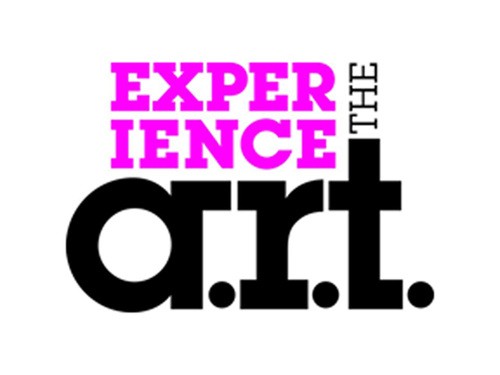 The American Repertory Theater (A.R.T.), under the Artistic Direction of Diane Paulus,  announces the 2012/13 subscription season, which includes the previously announced world premiere of Marie Antoinette and a bold new staging of Pippin.

The season lineup is as follows:

• The Lily’s Revenge – an Obie Award-winning five-part theatrical event created and performed by Taylor Mac with a community of local artists; begins performances October 12 at OBERON

• The Glass Menagerie – Tennessee Williams’ poetic masterpiece directed by John Tiffany (director of Once on Broadway and Black Watch); begins performances on February 2 at the Loeb Drama Center

A.R.T. Artistic Director Diane Paulus commented, “I am excited to announce the 2012/13 Season that will bring world premieres and American classics, plays and theatrical events to both the Loeb Drama Center and our second stage, OBERON. Next season we take on the question of destiny and how the choices we make as individuals affect those around us, from our families to society at large.”

Details about the coming season productions are as follows:

A biting satire on the life of history’s most famous member of the 1%, this sharply witty new play traces Marie Antoinette’s fall from her glamorous days at Versailles to her degrading imprisonment in Paris. With her three-foot tall wigs and extravagant haute couture, Marie Antoinette once set the trends in France.  But times change and even the most fashionable queens go out of style.  As idle gossip turns more insidious, the country around her revolts, demanding liberté, égalité, fraternité. Written by David Adjmi, a recipient of the 2011 Guggenheim Fellowship and the inaugural Steinberg Playwriting Award, and directed by Helen Hayes and Elliot Norton Award-winning director Rebecca Taichman.

Cited among the “best theatre of 2009” by The New Yorker, Time Out New York, and The New York Post, the Obie Award-winning The Lily’s Revenge fuses music, vaudeville, poetry, dance, and film in a dynamic, five-part, 30-character “Flowergory.” Provoked by anti-gay agendas that use tradition and nostalgia as an argument for discrimination, this epic tale about a flower who goes on a quest to become human celebrates the dismantling of established social norms and rules.  Theater artist Taylor Mac brings together a diverse community of local artists to create this multidisciplinary pastiche.

While Amanda Wingfield desperately attempts to introduce her fragile daughter to at least one “gentleman caller,” her son, Tom, dreams of escaping from his job at a warehouse and his oppressive life at home. An exquisite family drama filtered through Tom’s memory, The Glass Menagerie is staged by John Tiffany, the acclaimed director of the international sensation, Black Watch and the Broadway musical Once.  The staging of this poetic masterpiece marks the first A.R.T. production of a play by Tennessee Williams.

BEOWULF — A THOUSAND YEARS OF BAGGAGE

First seen at OBERON in 2010, Beowulf went on to win the Edinburg Festival Fringe Herald Angel Award.  Digging into the roots of the original epic poem, this club-style “SongPlay” harkens back to the raw and rowdy style of storytelling in the old Scandinavian mead halls – with a passion for fierce poetry and a pint of thick beer. Monsters and professors collide in a blood-soaked land as the epic poem is transformed into a defiantly raucous dissertation on art and violence.  Featuring a 7-piece band, including dueling trombones, bass clarinet, accordion and saw, with music composed by Dave Malloy, from last season’s sold-out Three Pianos.

The A.R.T.’s popular The Donkey Show continues at OBERON every Saturday at 7:30pm and 10:30pm.  For more information about this and other OBERON events visit http://www.cluboberon.com

The American Repertory Theater (A.R.T.) at Harvard University is one of the country’s most celebrated theaters and the winner of numerous awards, including the Tony Award, the Pulitzer Prize and Elliot Norton and I.R.N.E. Awards. In May of 2003 it was named one of the top three regional theaters in the country by Time magazine. The A.R.T. was founded by Robert Brustein in 1980, who served as Artistic Director until 2002, when he was succeeded by Robert Woodruff. In 2008, Diane Paulus became the A.R.T.’s Artistic Director. During its thirty-two year history, the A.R.T. has welcomed many major American and international theater artists, presenting a diverse repertoire that includes premieres of American plays, bold reinterpretations of classical texts and provocative new music theater productions. The A.R.T. has performed throughout the U.S. and worldwide in 21 cities in 16 countries on four continents.  Since becoming Artistic Director, Diane Paulus has programmed innovative work that has enhanced the A.R.T.’s core mission to expand the boundaries of theater. Productions such as Sleep No More, The Donkey Show, Gatz, The Gershwins’ Porgy and Bess, Prometheus Bound, and Death and the Powers: The Robots’ Opera have immersed audiences in original theatrical experiences. The A.R.T.’s club theater, OBERON, which Paulus calls a "second stage for the 21st century," has become an incubator for local artists and has also attracted national attention for its groundbreaking model for programming. Through all of its work, the A.R.T. is committed to building a community of artists, technicians, educators, staff and audience, all of who are integral to the A.R.T.’s mission.

Subscriptions for the 2012/13 Season will be on sale May 1. Subscribers get the best seats at the best prices, with packages starting as low as $99.

Select single tickets for Pippin will be available May 1.