Tony Nomination for The Audience 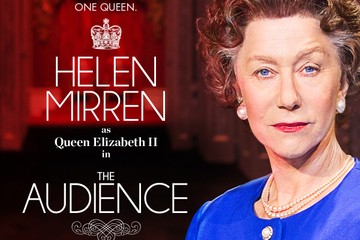 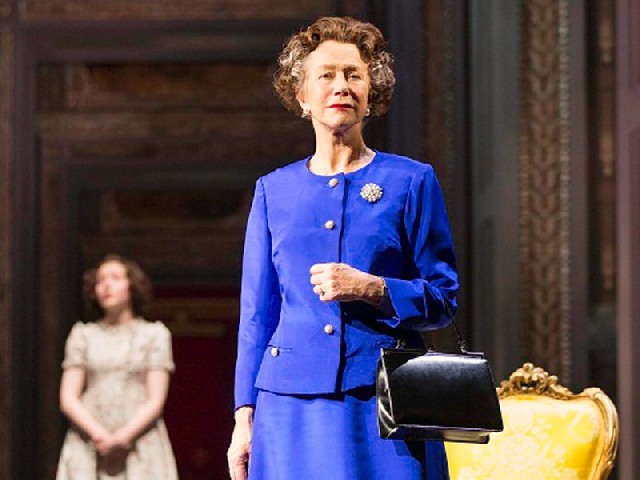 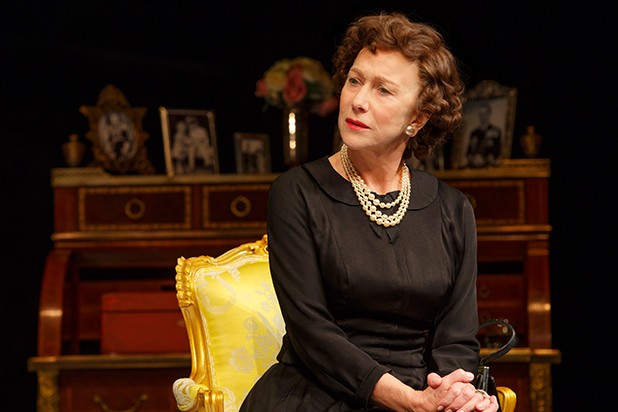 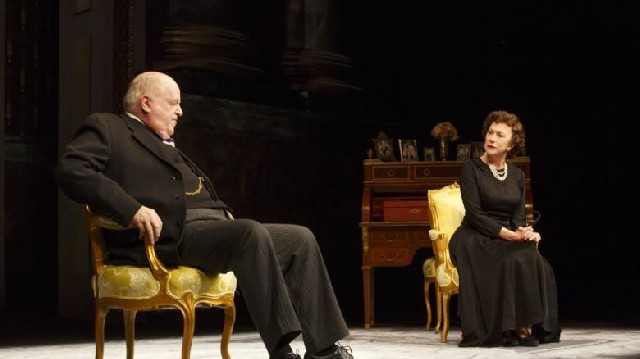 Mary-Louise Parker and Bruce Willis hosted the nomination announcement for the 2015 Tony Awards. Given the fascination with the two of the world’s most popular reigning monarchs, Queen Elisabeth ll and Dame Helen Mirren, England’s answer to our own Meryl Streep, albeit with a lot more sex appeal oozing from every pore, Mirren was nominated for a Tony in the Best Actress category for her performance as Queen Elizabeth in "The Audience."

While Mirren won England’s prestigious Oliver Award for this same role two years ago, and an Oscar for playing the Queen on film in 2007 - talk about a cottage industry - whether or not she will win a Tony in this same category we will all have to wait until the award ceremony June 7 on CBS. Of course, Queens are born to rule so she does have a good chance.

Adding some weight to the above pronouncement is the fact that Mirren has already been nominated by the Outer Critics Circle and the Drama Desk, in the same category, for her performance in "The Audience."

On the other hand, "The Audience" is a by-the- numbers, mundane conceit if you will. So lurking about, more so in this case, something one could lose their head over, is the curse of Mary Queen of Scots.

Obviously the calling card for "The Audience" is the Grand Dame Mirren herself who leaping back and forth through the decades, miraculously ages, instantly I might add, with a change of body language, as well as costume, with each prime minister she meets during the play’s 2 hours.

Mirren's supporting cast are the twelve British prime ministers, each of who she met with weekly over her sixty- two years on the throne.

To make sure that American audiences know a little bit about these prime ministers, inserted into the program is a flyer giving the dates that they were born, died and served, and the important historical happenings that took place during their tenures.

Rounding out the cast is the play’s narrator Geoffrey Beevers whose job as a stately Equerry is to introduce onto the stage each of the prime ministers who have advised  Queen Elizabeth.

In addition, Sadie Sink and Elizabeth Teeter, alternatingly play Elizabeth as a young girl, their purpose being to highlight the young and fun loving Elizabeth’s concern about duties that await her.

Along the way we meet, a surprisingly self-doubting John Major (Dylan Baker) in whom she confides “For the most part, I’ve found my ministers to be very human…all too human“, as well as purportedly a favorite of hers – he is the only prime minister she invited to dinner at Balmoral Castle, as well as the blue-collar labor leader Harold Wilson (Richard McCabe).

Also making appearances is David Cameron (Rufus Wright) who tells the Queen “You have a way of saying nothing yet making your view perfectly clear” and Sir Anthony Eden (Michael Elwyn) whom she begs not to go to war over the Suez Canal.

Newly added to this American production, for the purpose of shaking are more recent memories is Tony Blair (Rufus Wright), who was highly visible during the Bush and Clinton administrations. Here we see Elizabeth trying to stop Blair from sending an invading force into Iraq.

Though playwright Peter Morgan does attempt to give each prime minister their own personality only a few register strongly.

The two prime minister’s in this play with the theatrically exciting bite, most likely in real life too, turn out to be Winston Churchill (Dakin Matthews) and Margaret Thatcher (Judith Ivey).

Matthew’s Churchill steals the scene from right under Mirren’s crown, as he instructs the very young, and still politically innocent, Elizabeth on how to go about her duties and responsibilities as Queen. At one point Churchill tells the Queen to shut up and listen when she asks what she is to do during these weekly meetings.

In another riveting scene we see a crazily bewigged Judith Ivey playing Thatcher, the no-nonsense, larger than life, Iron Lady, storm onto the stage and proceed to strong-arm the Queen by making a good case for sanctions against South Africa.

Since no records are kept of these weekly briefings, certainly none for public consumption, there is no way of knowing what is real or what is not. What we have here is historical fiction light. For historical fiction heavy Broadway’s "Wolf Hall, Part I and Part 2" is the go to play.

This said, the joy of "The Audience" is watching Mirren do her stuff. It is like having our own private audience.