Nation's Most Produced Play in 2014 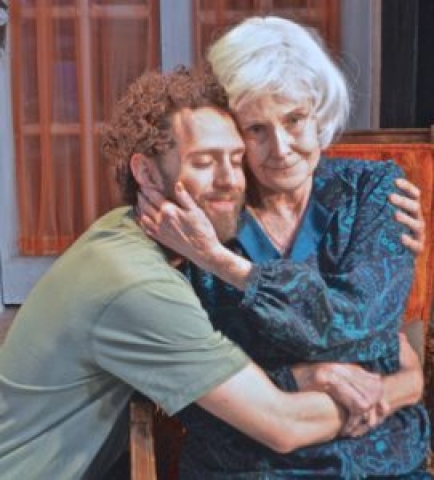 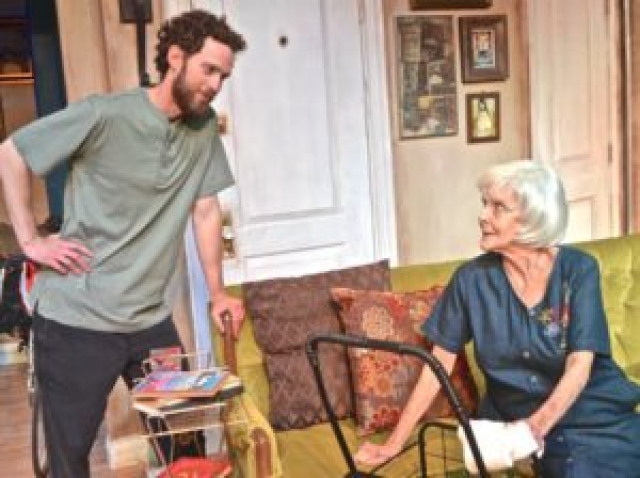 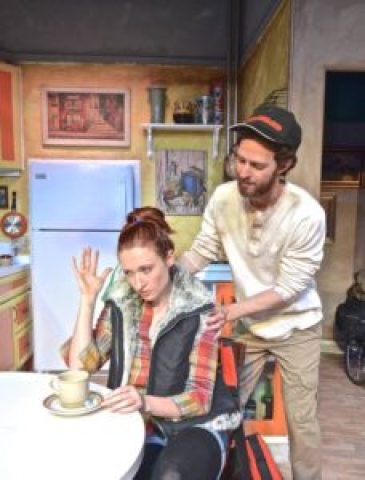 4000 Miles, was the most produced play in the country during 2014 according to American Theatre Magazine, and for good reasons too.

It continues to resonate with the American theatre going public because its story is one that appeals to a broad age range – from young adults to middle-agers, to super seniors.

CV Repertory Theatre founding artistic director Ron Celona was taken with playwright Amy Herzog’s dramedy “4000 Miles” the minute he read it. “… it offered humor, heart, and thought-provoking topics that most of us can relate to in life.” he says. Celona felt it would be a good fit for his Rancho Mirage audiences and a great way to end CV REP’s 2015/2016 season. He was right on all accounts.

Everyone has a story to tell. In “4000 Miles” the story revolves around New York City, Greenwich Village-based, 91 year-old Vera Joseph (a delightfully prickly Ivy Jones), grandmother to her twenty one year-old grandson Leo Joseph Connell, of Minneapolis (a sensational Zachary Hallet), who unexpectedly appears at her door late one night looking for a place to spend the night.

Leo has been off on a six month cross-country bicycle trip from Seattle to New York City with his best friend Micah, and Micah’s girlfriend Allison (both characters are never seen only referred to). We learn later that during the journey Micah has been killed in a freak highway accident with a big rig truck.

It’s obvious that Leo is suffering, and is suppressing the loss of his best friend. With Leo and his mother not on the best of terms, Leo turns to his grandmother Vera for solace. Vera is tentative on how best to console her grandson worrying that too much mothering may not be the best way to help. Perhaps, humor and light banter and waiting to see what happens is best. Vera too has felt the pain of loss. Her husband Joe died and she has been on her own for several years. Vera and Leo are not only DNA connected they’re kindred souls looking for reasons to keep looking forward.

Leo’s estranged girlfriend Bec (Megan Rippey) has mixed emotions when she and Leo meet again in Vera’s apartment. He wants to reconnect. Bec is for breaking up. Leo feels his world rapidly collapsing even more so while he’s in New York City. Even an attempted one-night fling with Amanda (Christine De Chavez), an elusive, perky, bombshell he meets one evening fails to ignite and only further frustrates him.

“4000 Miles” is solidly staged by director Celona who smoothly orchestrates this 90 minute, no-intermission drama nicely leavened with comedy moments. The performances of Zachary Hallett and Ivy Jones have the on stage chemistry that gives each many moments to shine. Hallett’s introspective, and naturalistic performance is both compelling and highly nuanced, and his timing is impeccable. Jones, compliments Hallett’s performance with a caring, gentle, and delightful turn that says elder relatives – grandmother and grandson – can indeed close the generation gap. Their pot-smoking scene is hilarious.

The technical credits at CV REP are always first rate and resident Set Designer Jimmy Cuomo doesn’t disappoint. Vera’s West Village apartment screams New York City. The Lighting by Designer Moira Wilkie Whitaker provides just the right amount of light, not only to see the actors, but to appreciate the costumes of designer Aalsa Lee. The sound by Randy Hansen and Karen Goodwin and hair and makeup by Lynda Shaeps, along with props design associate Doug Morris (who also makes things magically disappear and reappear between the scenes), is under the watchful eyes of Stage Manager Louise Ross.

“4000 Miles” brings a fitting close to a highly successful CV REP season that included: “Happy Hour”, “A Class Act”, and “I Am My Own Wife”. All were outstanding productions that left indelible memories on CV REP audiences and this critic that still linger to this day.