Babes in Toyland by MasterVoices 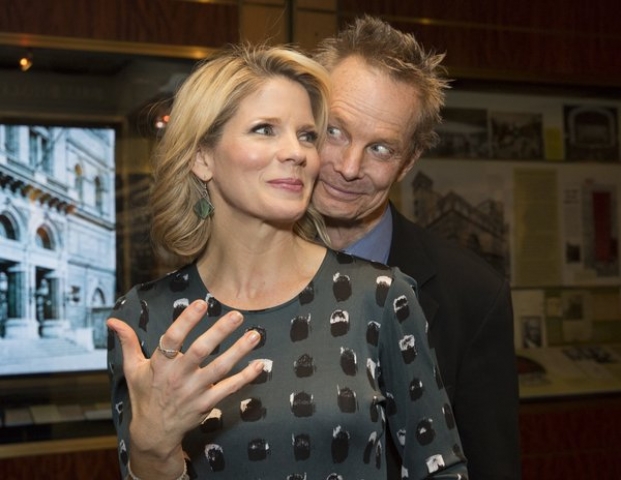 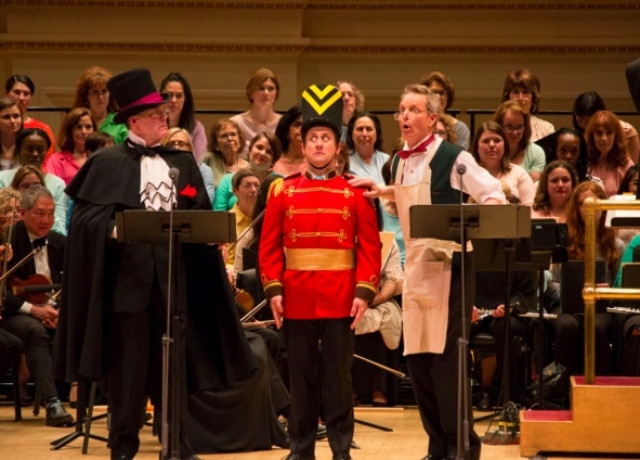 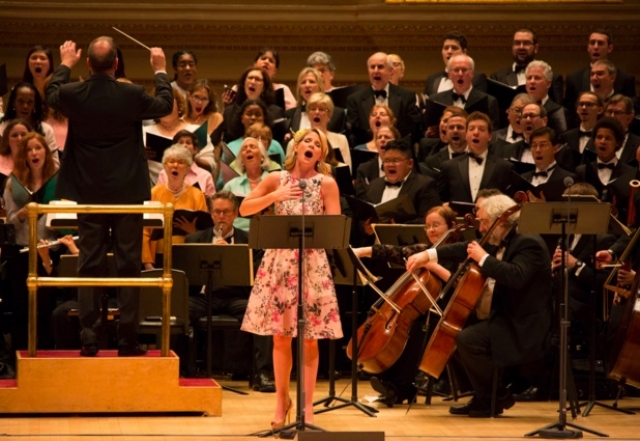 Kelli O'Hara in Babes in Toyland 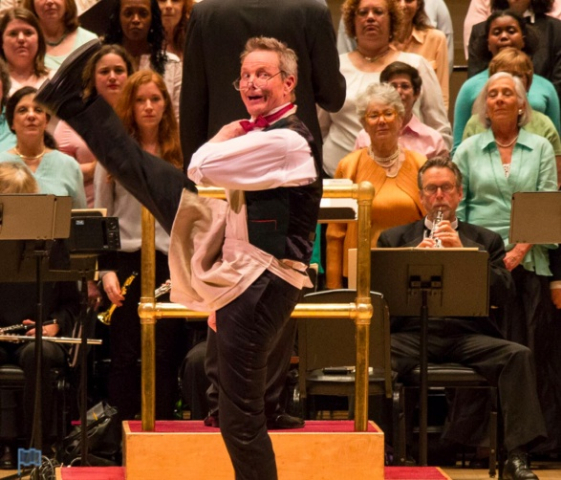 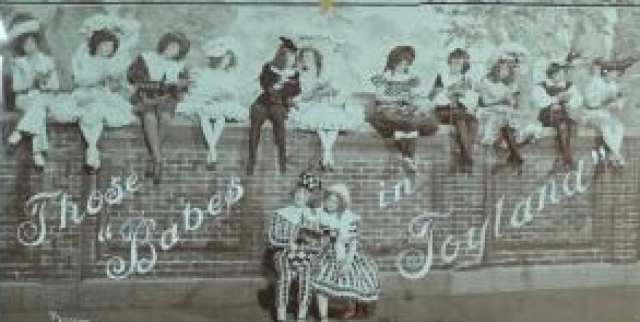 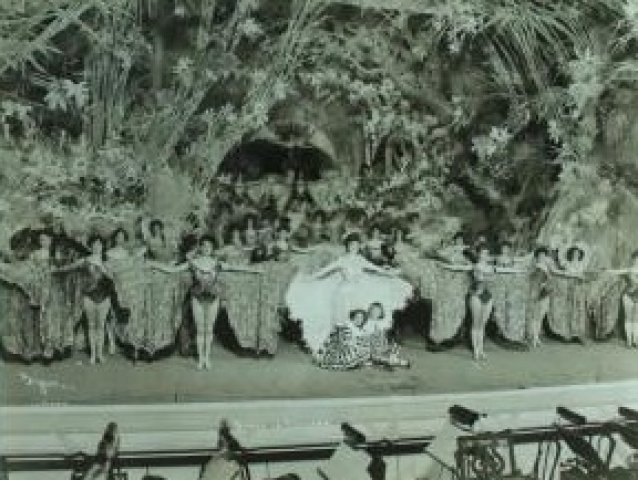 The original Act I finale 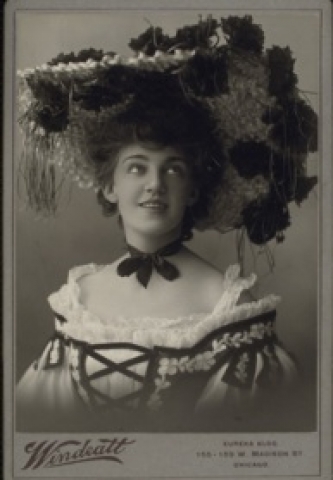 Years before Busby Berkeley created extravaganzas on screen, Victor Herbert joined a team to compose music for a successor to the highly successful musical based on Wizard of Oz.  Babes in Toyland premiered in 1903 when Berkeley was 7 years old. He might have been inspired by the storms and the gargantuan shipwreck that open the operetta.

The producers of Babes in Toyland were prescient. Big productions still draw large crowds. In its own way, the MasterVoices event at Carnegie Hall was extravagant.

The casting, led by Kelli O’Hara and Bill Irwin, certainly was. The 200 member chorus in lime green and rose pink shirts dotting the risers was lavish. When they were joined by the St. Luke’s Orchestra we had a feast of music.

MasterVoices' artistic director, Ted Sperling hired outside help to shape a narrator's role and make what probably has never been considered a plot, if not plausible, at least acceptable. Blair Brown narrated with a broad smile as she pumped the irony and craziness of the so-called story. For instance, a toy factory is never mentioned in the first act. No matter.

Kelli O’Hara is lovely and sassy in the role of Contrary Mary. She has a warm presence which almost upstages her glamour. She walks in spikes, her tiny steps resembling a windup doll's. Her love interest Alan was a diminutive actor in the original. O’Hara pays no attention to the adage that when you find a good man who is shorter than you are, you give up very high heels. Yet the romance convinces.

The music is tuneful. From "I Can't Do the Sum" to "Toyland," the songs are familiar. Listening to Kelli O'Hara as Mary, we are entranced. Casting Bill Irwin as The Toymaker was a stroke of genius, another appropriate gesture honoring the Faith Geier Artists program.

Irwin flip-flopped his way to death, a cruel fate even for a designer who is bought out by Barnaby, who hates children and wants toys made to kill. There are 230 moveable joints in the human body and Irwin deploys all of them. Irwin's movements are so various that you forget for a moment that he is evil.

By 1923 when The Golden Bride was written, musical theater had tightened up. In Babes in Toyland we have everything including the kitchen sink thrown in, but all for the purpose of fun.

MasterVoices chorus and the St. Luke's Orchestra added immeasurably to the evening. Watching Daire Fitzgerald, a cellist, enjoy every note she bowed. She listened and laughed at the same time, catching the spirit of the evening.

With O'Hara as Mary Contrary, Jay Armstrong Johnson as Tm-Tom, and Lauren Worsham as Jane joined by thugs Jeffrey Schecter and Chris Sullivan, the evening was spirited. This uniquely American form first started with an immigrant from Ireland and Germany. We are grateful to MasterVoices for the lively reminder.