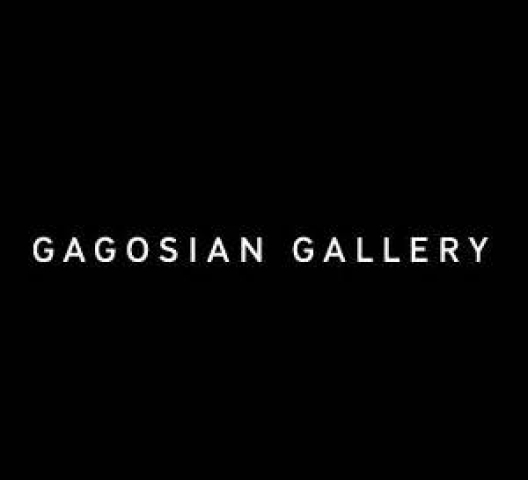 In a lengthy and fascinating Wall Street Journal article, Larry Gagosian, arguably the foremost art dealer in the world, made an interesting statement.

While in college I had a fist fight with my father, a successful surgeon, when I informed him that I was dropping out of pre-med to major in fine arts.

Dad, a tough, scrappy Sicilian was trying to knock some sense into me.

In the long run I won the fight by pursuing a life in the arts. On the other hand, perhaps he had a point there.

For the most part I have pursued art as a romantic whim. Looking back, overall, there are no regrets.

On every level La Vie Boheme is more fulfilling than La Vie Bourgeois. Cold water flats are more interesting than mansions. It is better to live a life of dope without hope than hope without dope.

That was a truism abandoned a score of years ago. But up to then it was drugs, sex and rock 'n' roll in no particular order.

It was fun while it lasted but a middle aged Peter Pan isn't very interesting.

The point really is to remain challenged and amused. Material gain is generally not a significant part of that equation. But it is best to have a cushion against poverty and oblivion.

But Dad didn't have the finesse or compassion, insight and understanding to set me straight on the rocky road of life and a suitable career.

While he was multi-talented in more ways than me, a genius actually,  he was an intellectual primitive. With the power of life and death in their hands surgeons assume authority and wisdom beyond all reason.  He had a natural ear for music and could instinctively play piano, guitar, banjo and carry a tune. But Dad had plebeian taste in music. There was  no time for opera in our home.  As a amateur he painted adequate seascapes in the Rockport manner but Dad knew nothing about art. There were futile arguments about Picasso.

So Dad was in no position to give advice on my juvenile choice of lifestyle, career and profession.

Contemplating a life in the arts in the 1960s was very different than it is today. There was little or no prospect of making a living. When I moved to New York and lived in a Lower East Side storefront the art world was small. Even the most successful artists made only a fraction of the income that is possible today. Some artists are almost as rich as those who buy their work. Until now that has never been possible.

Today a college student deciding on a career in art is considering an option on a par with becoming a doctor, lawyer, stock broker, or software developer. The education and apprenticeship is at least as expensive but the end result, for a narrow few but staggering compared to what it once was, is immense.

The current art world signified by the voracious Gagosian is repulsive to the core. Contemplating his vast showrooms, more settings for expensive wares and products than galleries of fine arts, his artists, some very good and respected ones, are daunted to think big. There is a fear that easel-sized works will be devoured and overwhelmed by the space.

The more successful artists Gagosian represents are given ever larger rooms full of straw to spin into gold by morning.

There are similar comments from artists like Nick Cave taking on the task of filling the vast Building Five of MASS MoCA with a commissioned installation.

As the art world has evolved into a multi-billion-dollar industry, with enormous spaces to fill and international biennials, there has been a shift from a perception of the artist as an individual creator to that of fabricator, chief designer and project manager supervising  an army of collaborators, studio assistants and interns. The latter are generally recent graduates of the most prestigious diploma factories cranking out freshly minted BFA's and MFA's.

There is palpable contempt for the small, intimate and poetic. Gagosian and his clients are only interested in blue chip big earners. Often works are acquired for their investment potential and are regarded as liquid assets. Many collectors are more like dealers in sheep's clothing with Gagosian as an under cover agent. It is well known that top curators collect fees, or kickback, by advising or consulting collectors and dealers. Their role may be as subtle as knowing the current provenance of coveted objects. Gagosian, in the WSJ article, is discussed as having the ability to bring to the market works that are not for sale.

That mantra of thinking big marginalizes artists like Paul Klee or the era of photographers for whom 11x 14" was considered to be a large print.

For my generation paintings by Jackson Pollock were viewed as epic works. Before it was repatriated to post Franco Spain, I was always stunned by the scale of Picasso's "Guernica" at MoMA.

Today paintings by Pollock, Picasso or even late Monet "Water Lilies" may be considered small, perhaps even dwarfed by Gagosian's showrooms, Building Five at MASS MoCA, or the main gallery of Guggenheim Bilbao designed by Frank Gehry. During our visit to that museum its huge spacious main gallery featured works by Richard Serra  a star of Gagosian galleries. The WSJ article explains that he built a Chelsea gallery with dimensions to accommodate Serra's curved steel sculptures.

Dealers like Gagosian, it seems, hold onto their artists by never saying no. This includes investing in and selling works that may take years to fabricate. It is the equivalent of trading in futures. Traditionally gallerists represented artists and took a percentage of finished works. Increasingly they are more like angels and producers advancing front money when works are in the idea phase. This notion became commonplace when collectors purchased the plans and drawings with a license to fabricate works of minimalist artists like Donald Judd or Sol LeWitt.

In the era of the mega rich,  one-percenters, Go Bernie, bigger is better. Long ago the ticket price of works of art trumped the once influential evaluations of critics. Today most art magazines are  corrupted marketing tools for selling expensive art. There is little or no critical thinking in reviews and articles that have been edited by committee. We thumb through art magazines looking at the glossy ads. Just as one used to read Playboy magazine for its brilliant articles. Art Forum and Art in America, for example, have become little more than stroke magazines for the eroticized art world.

Which leaves us with the most devastating of Gagosian's comments. Having arrogantly stated his role as a populist vulgarian promoting super-sized art for mega-rich dummies his clincher statement is "how many people read poetry?”

It is a punch line intended to prove his point about what really matters in the field of contemporary art. Clearly, poetry does not.

Now well on in life I have taken that other ill advised fork in the road by publishing books of poetry. The first two volumes have certainly not been best sellers and now a third is in the pipe line.

Dad tried to beat the crap out of me for wanting to be an artist. Just imagine the brawl had I told him that I aspired to be a poet!

As far as I know even the most successful poets, if there is such a thing, get by teaching, and the occasional grant. Some perhaps have wealthy patrons who show them off at dinner parties. That's how Voltaire managed to sing for his supper. Every decent salon needs its resident poet but you wonder how many have been invited to the White House for a State Dinner.

But I am willing to bet that poetry, including mine, will endure long after Larry Gagosian and his clientele of one percenters, have become trivia questions.