Julia Bullock Makes Her Mark in the Title Role 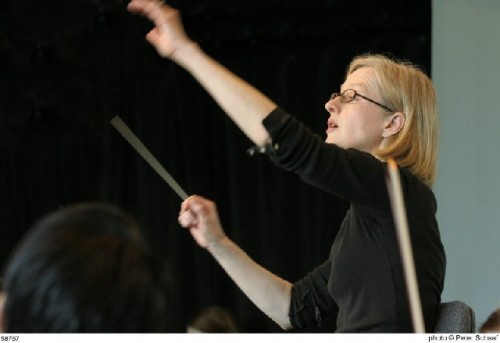 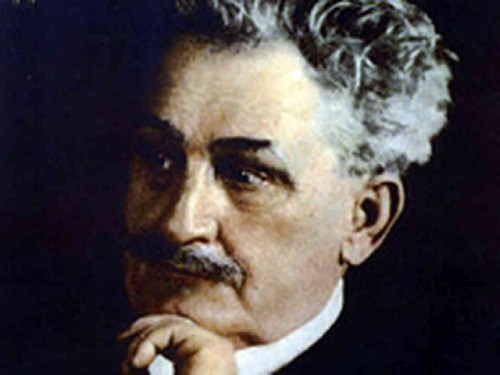 Is Vixen a love letter in strings? 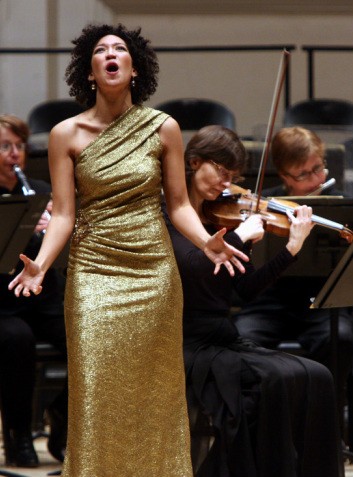 Julia Bullock is a diva in waiting.

Pulling a fox out of her magician’s hat at a recent master class in Carnegie Hall, Jessye Norman introduced a surprise participant, Julia Bullock.  This young soprano phenom won first prize in the Young Concert Artists Competition of 2012.  She will perform in two concerts next season, one in New York and one in Washington.  An unforgettable performer, as much actress as she is a delightful singer, Bullock dares to go on the dark side of the music she takes on.

The dark side is surely part of the Vixen’s music. Slithering and bounding across the stage, Bullock is every bit a star and opera diva. Peter Sellars has taken note, and cast her in Purcell’s The Indian Queen at the Teatro Real in Madrid this fall.

Why Bullock deserves the attention was clear in the Juilliard production. She displays a full and beautiful voice, dramatically apt in every phrase.

There was another star for the evening, masterful conductor Anne Manson.   At Harvard, she thought first about becoming a doctor.  She certainly uses precise slices and dices as she brings forward all of Janacek’s pleasures.  She also gives a broad sweep, embracing the beautifully painted scenes.

The position of women conductors in the US has been discussed ad nauseum.  Antonia Brico conducted worldwide and settled with the Denver Symphony.  Marin Alsop is in Baltimore now.  Not a mention of a woman conductor on Boston’s list, even though Manson is a Massachusetts native. Her limited exposure on the national and international scene should be corrected immediately.  She is simply too good not to be heard by as many audiences as possible, in opera and symphonic works.

We wrote about a semi-staged production by the New York Philharmonic.  (http://www.berkshirefinearts.com/06-24-2011_the-new-york-philharmonic-presents-janacek-s-cunning-vixen.htm)

The production at Juilliard conflates animals and humans, the animals in bright spring dress, and humans the darker tones of autumnal woods.  While Janacek suggests in music and libretto that humans after all are animals, and cruel ones at that, he does not confuse man and beast.  The set and costumes in this production do. No animals exist.They are all represented by undisguised humans. Perhaps if they had been costumed in yellow, green and brown tights, the concept would have been more appealing. As it was, the flouncing floral skirls and a human interior representing in part a den simply did not work and was in fact distracting.

It is difficult to forget the Janacek who bought a cottage in the woods as soon as he could afford to, and pined there for a much younger married woman, his Vixen.

The jusitification of an English translation eludes. It does not work as well as the sound of the Czech.

No production problems, however, could take away from Bullock’s compelling, even dark performance and the detailed and yet broad beauty of Manson’s conducting. It was a superb evening of opera.  Everyone seemed to agree.  Dawn Upshaw and Eric Owens were congratulating Manson and Bullock post performance.