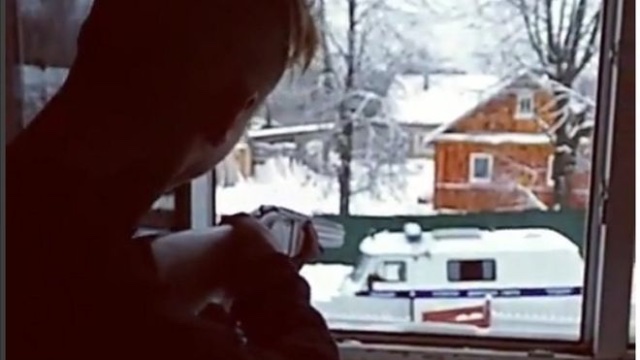 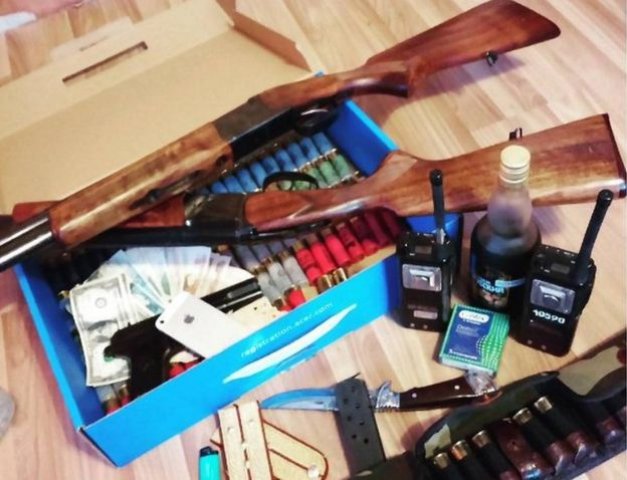 The stash in Denis and Katya's cabin 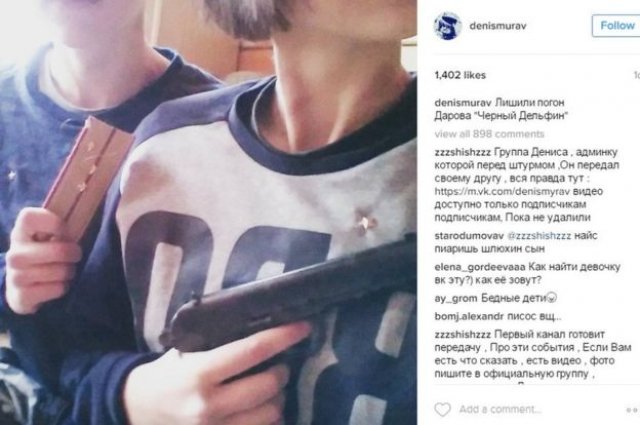 Texting as the Romeo and Juliet couple shoot it out.

In 2016 world wide news outlet picked up a story out of western Pskov region of Russia. Two 15-year-old Russians fired at police from a cottage window for several hours before their bodies were found with gunshot wounds. The boy, Denis, streamed the event live on the video app, Periscope.

In the opera, two brilliant performers, Siena Licht Miller and Theo Hoffman sing and speak multiple roles of journalist, friend, interviewer, teacher, neighbor, friend. Four cellists, each in one corner of the stage, provide a tense, driving musical context. This live musical presence is what makes the opera work seem live and in fact be live.

During the siege, their parents are reported at the scene, imploring them to surrender. They refuse. At one point Katya is reported to video Denis throwing a TV set out of the window.

Special forces finally stormed the house and found the children's bodies. They had apparently shot themselves. They had run away from home after a family rows.

In the opera house last fall, the goings on were difficult to follow.  It is a thick conception. Texting between the creators, trying to structure the opera as they figure out the story is accompanied by digital beeps.  Occasionally a message from someone watching on instagram or their iPhone pops up on the screen.  Beautiful lines sung by both artists are mixed with flat reportage and emotional reports from family and friends.

Watching on a computer screen, you are not at all sure this is happening. It is difficult to follow the point of different vocalizations, but it really doesn't matter, because up close this story works. Starting with the helicopter tracking of O. J. Simpson's white bronco traveling on the California throughways, we have witnessed planes crashing into giant skyscrapers, and shootings in Virginia and Oklahoma. We can perhaps tolerate these events because they don't register.  This opera works best in digital, because it does not register as real.  The journalist is telling a story that she can't believe, and we don't either.  Yet we are sucked in by the detail.  Denis had colored her hair to match Katya's and she had colored hers to match his.  The cellos root us.

I thought that work was terrific as delivered digitally, the perfect medium for this opera.

Opera Philadelphia is offering many of their daring and successful world premieres in the next week.  A visit is sure to reward.