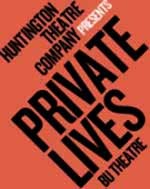 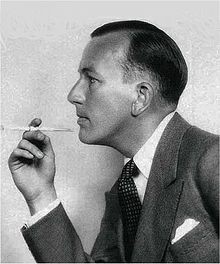 The ever urbane Noel Coward. 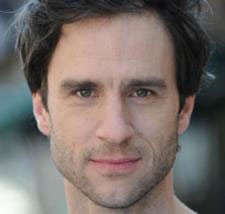 James Waterson to star in the Huntington’s season ending production.

In the play, newlyweds Elyot and Sibyl are honeymooning at a hotel in northern France where they unexpectedly encounter Elyot’s ex-wife Amanda and her new husband Victor on the adjacent balcony celebrating their recent nuptials. The romance between Elyot and Amanda is quickly revived, and the two desert their new spouses and flee to Amanda’s Paris flat. There, the stormy rivalry that first divided them rekindles in time for Sibyl and Victor to rediscover the pair in the throes of a passionate fight. One of the most shining examples of Coward’s trademark wit, The New York Times calls this stylish and savvy play, “one of the funniest comedies of the 20th century.”

“Noël Coward's signature wit and keen eye for human behavior make his plays vibrate emotionally,” says Huntington Artistic Director Peter DuBois. “It’s thrilling to have Maria Aitken, one of the world’s greatest interpreters of Coward, here at the Huntington to bring his work to life.”

Aitken, who has appeared in more West End productions of Coward plays than any other actress, played the role of Amanda in the 1980 West End revival of Private Lives opposite Michael Jayson. She was the youngest actress to play the part since close Coward friend and frequent collaborator Gertrude Lawrence, for whom the role was written and who played opposite the playwright in the original 1930 production. Aitken and Jayson carried on the long, rich legacy of acclaimed actors synonymous with the respective roles: Tallulah Bankhead and Donald Cook (Broadway, 1948), Brian Bedford and Tammy Grimes (Broadway, 1969), Elizabeth Taylor and Richard Burton (Broadway, 1983), and most recently Kim Cattrall with Matthew Macfadyen (West End, 2010) and with Paul Gross (Broadway, 2011).

“Private Lives is a pretty perfect play,” says Aitken. “It is about love and pain and obsession and is very visceral. The fact that it is wrapped in elegance and wit makes it all the stronger. My admiration for Noël Coward increases with the years as I see what a stayer he is and how successive generations discover him and adore playing him. I’ve been involved with his work for I think 36 years, and it’s with a sense of such promise that I approach this particular production in this, my favorite American theatre, with my extraordinary creative team and an incredible bunch of actors.”

Bianca Amato (Amanda): Arcadia and Coast of Utopia (Broadway), The Broken Heart (Theatre for a New Audience), Trumpery (Atlantic Theater Company), The Importance of Being Earnest (Brooklyn Academy of Music);

Noël Coward (playwright, 1899-1973) was an English playwright, composer, director, actor, and singer known for his wit and what Time magazine called “a sense of personal style, a combination of cheek and chic, posh and poise.” He was born in a suburb of London and made his professional stage debut at eleven. He wrote and published more than 50 plays including Fallen Angels, The Vortex, Hay Fever, Easy Virtue, Private Lives, Design For Living, Present Laughter, Blithe Spirit, and Waiting in the Wings. He is also the author of more than 300 songs including “Mad About the Boy,” “Mad Dogs and Englishmen,” and “London Pride,” more than a dozen musical theatre pieces, poetry, short stories, the novel Pomp and Circumstance, and a three-volume autobiography. His stage and film acting and directing credits spanned six decades and included many of his own works. He was knighted in 1969, elected a fellow of the Royal Society of Literature, and received a Lifetime Tony Award in 1970.

Maria Aitken (director) previously directed Educating Rita and the pre-Broadway staging of the Olivier and Tony Award-winning production of Alfred Hitchcock's The 39 Steps at the Huntington Theatre Company where she will direct Harold Pinter’s Betrayal in November 2012. Other credits include Man and Boy (Broadway and Duchess Theatre), The Gift (Melbourne Theatre, Australia), As You Like It (Shakespeare Theatre Company), Quartermaine’s Terms (Williamstown Theatre Festival), Japes (Bay Street Theatre), Easy Virtue (Chichester Festival Theatre), Lady Bracknell’s Confinement (Vineyard Theatre), School for Scandal (Clwyd Theatre), As You Like It (Regent’s Park), and many others. As an actress at the Royal Shakespeare Company, the National Theatre, and in the West End, her leading roles include Blithe Spirit, Bedroom Farce, and Private Lives, among others. Her film credits include A Fish Called Wanda. Ms. Aitken is a visiting teacher at the British American Drama Academy, The Juilliard School, Yale School of Drama, New York University, The Actors Center in New York, and the Academy for Classical Acting. She is also the author of two books, A Girdle Round The Earth and Style: Acting in High Comedy.