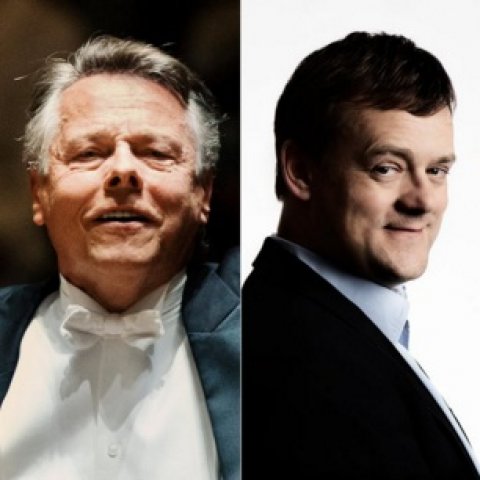 It is daring to re-introduce yourself at Carnegie Hall with the William Tell Overture. If audience members have not heard it on the Long Ranger or in a Stanley Kubrick film, they are sure to recognize it from a commercials.

What the great Latvian conductor Mariss Jansons brings to the work is freshness. In his customary attention to detail, which is then swept up into the greater whole, we hear a symphony. It begins with a beautiful cello solo and expands finally to a rip-snorting conclusion. All sections of the orchestra have a chance to shine in ensemble or solo performance. Jansons' generosity of spirit and appreciation of his instrumentalists is evident.

The audience is thrilled. Yet there is more to the presentation than an exciting ride. The colors of each section are rich. They are distinct and also woven into an ever-expanding musical universe. Jansons is both a clear conductor and a magical one. He conducts with precision, but also with true fire, expressed in part by the fast take on tempi. Fullness of tone remains.

Frank Peter Zimmermann joined the orchestra for a performance of Prokofiev’s First Violin Concerto. His notes both tease and carry us along. He sculpted phrases and gave expressive breathing space. Often however he was lost in the orchestra, which is as much Prokofiev’s fault as anyone’s.

Zimmermann brought calm before the storm in the outer movements and the brilliance of the scherzo. One violinist chimes in, "The piece sounds ice, spring butterflies, colored lights, good smells and sunrises. Sometimes it feels like it is being whispered. The first performance marking is 'dream.'  The magic of one world is juxtaposed with the sounds of mechanical chickens and a choir of cats."  Zimmermann also captures love story.

We scream and jump out of our seats at the end, as tension has been created and then beautifully unraveled.

Beethoven of course changed it all and we hear this in Jansons’ interpretation of the Eroica. He is a master of refined phrasing, which he displays in the lines as they are passed across the orchestra’s sections. Animated expressions are contrasted with the whisper of the quiet parts. Beethoven’s melody is discovered in every bar. Movement and sustained tone are delivered with power and sometimes without. Jansons can range from delicate magic to the mystery of the spirit.

We are reminded that the maestro is the mentor of Andris Nelsons, the current music director of the Boston Symphony. Jansons is a specialist in performing Shostakovich, whose complete symphonic work is now being recorded by his protégée. Both men have won Grammys performing this composer.

Nelsons’ inheritance was clear in this concert. Nelsons pays painstaking attention to detail. He can sweep a line and his gesture at the top, arms wide-spread over this head, part of the Jansons' technique. Nelsons has not yet captured the merger of exquisite detail in the larger ideas of a piece, but surely he will as he listens to Jansons. The magic of both conductors was on stage at Carnegie Hall where the waters of Riga, rich in musical talent, are on display.