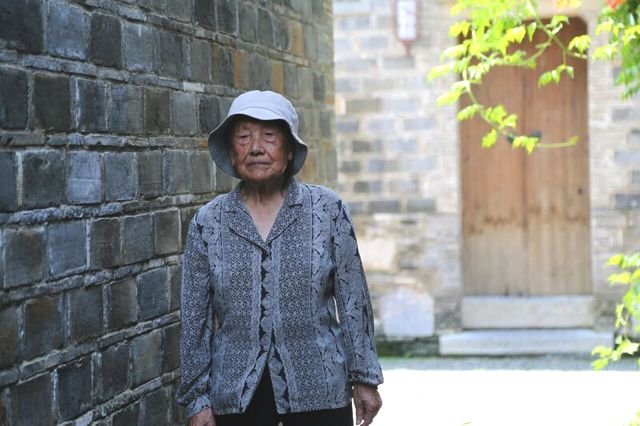 Seven years ago, AM-DOCS Film Festival founder Teddy Grouya, felt that filmmakers of documentaries needed a proper festival of their own to display their diverse and wide-ranging, special subject-matter films. Accordinglt, the documentary film genre has been presented a festival format with all the trimmings.

The audiences for the first AM-DOCS festival has grown exponentially to the point where seven years later, the place to see just documentary films in America, is right here in Palm Springs, California, at The Palm Springs Cultural Center and Camelot Theatres.

The popularity of the festival has created a need for a Spanish language segment to meet the demand for Spanish speaking documentaries at the 2018 festival.  Grouya, wisely added a two-day break-out segment on April 13th and 14th that was held at Cathedral City’s Mary Pickford Theatre, where 30 Latino documentaries were screened; with some Q & A sessions following the screenings.   The 2018, eight-day festival that ended on April 14th, screened 170 films, covering a broad range of subjects from filmmakers located all over the world; some of whom, attended with their films in competition.

We were fortunate to see the festival documentary film entry “The Girl and the Picture”, written, produced, and directed by Academy Award-winning documentary filmmaker Vanessa Roth.  Her documentary is a strong, powerful, visual statement on war and survival in general, and more specifically, following WW II and its aftermath, her film depicts how it affects all people, not just the victims, but also the survivors and their extended families for generations.

Ms. Roth’s main focus in “The Girl and the Picture” is on the 1937 Japanese army’s infamous scorched earth policy in its invasion of Nanking, China (one of China’s six ancient capitals back in 1638 A.D. then spelled as Nanjing), during what came to be called “The Rape of Nanking” prior to World War II. Thousands of Nanking’s citizenry were raped, shot and killed by marauding Japanese troops during the invasion.

The film chronicles and explores the life of Xia Shuqin, now 88 years-old, who became an orphan at eight years of age when her parents and her sibling were murdered by invading Japanese forces. It’s an inspiring true story of a young Chinese girl who could not read or write, yet somehow, miraculously survived wars and life under Chairman Mao Tze Tun.

It is a story that has never been told until now.  Ms. Roth weaves a fascinating ‘East Meets West’ documentary story from interviews with Xia, her daughter, and her seven-year-old grandson.  The West component is represented by Chris Magee, the grandson of American missionary John Magee who lived in Nanking in the 1920’s and 30’s. It was John’s diaries, letters, old newspaper clips, plus invaluable 16mm home movies and archival film footage given to Ms. Roth, along with her detailed, research and additional information that became the basis for her documentary film.

As both writer and director, Ms. Roth nicely weaves the various interviews and the exact location sites into the story.   Conducting and filming her interviews, at the actual locations of 80 years ago, whenever possible, lends her film a ring of authenticity and verisimilitude that are the hallmarks of good documentary filmmaking.  “The Girl and the Picture”, is a story that has remained unknown for far too many years.  Now it’s being shared with everyone at film festival around America.

I got to briefly chat with Ms. Roth following her screening and the Q & A session of her film over a bottle of deliciously cold spring water. Vanessa Roth is a soft-spoken, bright, highly educated filmmaker with a Master’s Degree in Social Work, and a minor in Family Law from Columbia University, NY.

Her father is the Academy Award-winning screenwriter Eric Roth of the movie “Forrest Gump”. Her mother is the Archeologist Linda Roth.  Ms. Roth’s canon of films is quite impressive for one so young and talented.  She is 47 years old, but looks 30. She is the recipient of the prestigious Alfred I. du Pont-Columbia award for “Taken In: The Lives of America’s Foster Children”.  Her film festival wins and honors include two Sundance Film Festival Special Jury Prizes, Cine Golden Eagles, Casey Medals and a MacArthur Grant.

Some of her award-winning documentary films include: “Close to Home”, “Aging Out”, ”Schools of the 21st Century”, ‘The Third Monday in October”, “9/11’s Toxic Dust”, No Tomorrow”, “The Other Side”, “American Teacher”, and “The Texas Promise”.  Filmmaker Vanessa Roth is too busy making award winning films too worry about anything as mundane as looking her age.

How many of your films, I asked, have you entered in film festivals over the decade that you’ve been a professional filmmaker?    She replied, “I think it’s about 12.”   Do you ever tire of the film circuit road trips?  “No, actually I enjoy it.   Of, course, I miss my three children, but that’s what makes going home so special when I do get home.”  Where is home these days?  “I live in Brooklyn”.  Where are you taking this film next?  “This is the world premiere screening of “The Girl and the Picture.”  We also will screen it at The Newport Film Festival, and the Tribecca Film Festival in New York City, with more festivals, dates to be announced.”

What year did you win your Oscar?  “That was 2008, as the producer of “FREEHELD” – Best Short Film Documentary.”  What lies ahead for filmmaker Vanessa Roth in 2018/2019? “Last year I was the Executive Producer and Director of “Daughters of Destiny: The Journey of Shanti Bhavan” – a four-part Netflix Original documentary series that debuted on July 28, 2017.”  Is it possible that we may see a full-length feature motion picture from you some day?   Ms. Roth smiles sweetly, as I thank her for her time away from her busy festival schedule.  I think it’s a good bet that she just might.  It would a pity to deprive audiences of her filmmaking talent.