Theatre and the New Normal

The View from My Sofa 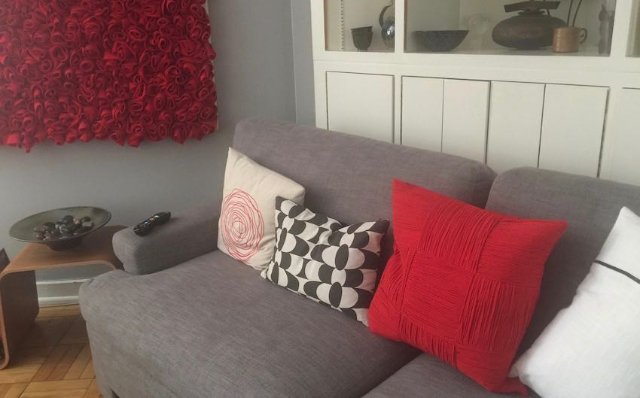 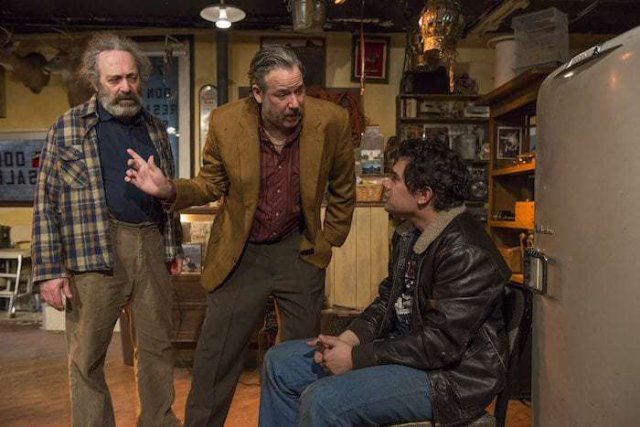 Just before a play begins, the house lights dim and we take a collective breath of anticipation. That shared experience continues throughout the production, including laughs, groans and tears. But today, in the midst of a global pandemic, live theater is replaced by livestreamed theater by companies that are able to present new or archived productions. There’s a refreshing ad hoc quality to these new productions and livestreamed play readings. The acting can be so inspired that you forget you’re watching tape or that the readers are in different spaces. No one objects if my phone rings or if I send a text or if I’m barefoot.

As the Greeks knew millennia ago, we need live theater; theaters need the audience. And theatergoers benefit by sharing  the reactions and responses of others. Theater alone on my sofa is interesting and comforting right now, but it’s not the same as viewing these stories while breathing the same air as dozens of other humans. (Pardon the breathing reference.) Theater makers need our live reactions to refine their scripts and staging.

I’m talking about the nature and excitement of live performance, not just the story told. Much as I love films, they are not the same as live theater … performed by real people, preferably in intimate storefront spaces. You can see the sweat on the lead actor’s brow or smile at a flubbed line. One of my cherished theater memories was seeing Ralph Fiennes play Coriolanus at the Almeida Theatre in London while I was there on a business trip years ago. It was a very warm June and I got a last-minute front row seat. Fiennes was wearing a heavy wool military overcoat and dripping sweat. I was mesmerized by the sweat as well as by the performance.

I had a similar reaction when I saw the late Mary-Arrchie Theatre’s final production in 2016 at their second floor space on Sheridan near Broadway. It was David Mamet’s American Buffalo, featuring three fine Chicago actors in the cluttered junk store set. I wrote this at the time:

“You can see [American Buffalo] the way a storefront production should be seen: sitting five feet from the stage, possibly endangered by flying spittle or stray props.

“American Buffalo is the story of one day in the life of three Chicago hustlers who try to run a home burglary to get at a rich man’s coin collection. Donny (Richard Cotovsky, a founding member of Mary-Arrchie and its artistic director, is the usually calm, business-focused owner of Don’s Resale Shop. Bobby (Rudy Galvan) is his gopher, and Teach (Stephen Walker) is a neighbor, an angry, emotionally needy man.

“The three actors perform this terse Mamet script—loaded with one-word sentences, four-letter words and references to “the thing”—with such precision and perfect timing that you can believe you are watching a conversation, rather than a theater production. Cotovsky’s mien at every moment is totally focused on the other actors, his eyes vigilant and measuring, his face ready to react. Walker’s Teach is a time bomb, ready to explode at the slightest offense and absolutely certain of his own importance…. Bobby is a pitiful young guy, who always needs money, probably for a habit.”

It was a classic Chicago theater evening—alive, visceral and sweaty. It can’t be replaced by virtual theater on my sofa.

Since we have to do without live theater for the foreseeable future, however, theater on my sofa can be an excellent replacement. Theater Wit’s Teenage Dick, the first virtual production of this type here, was a videotaped production of an adaptation of Shakespeare’s Richard III, transmogrified into a high school setting and performed by a fine cast of diverse and otherly abled actors. Pride Films and Plays produced a live reading of Terrence McNally’s Mothers and Sons, with the four actors in different places and the audience viewing the reading via Zoom. The acting was compelling and it was easy to forget we were watching actors each in their own Zoom boxes. (The event was such a success that PFP is planning a series of similar live readings.)

Coming up, Timeline Theatre will stream their revival of the Julia Child story, To Master the Art, opening May 12. They’ll add a list of local French restaurants that will deliver a fine dinner to your home for consumption before or during the play. You can check out virtual theater currently running at theatreinchicago.com. Also look at the Coming Soon page while you’re there for more virtual theater.

These livestreamed and videotaped productions can help keep our theaters alive during this pandemic—so don’t hesitate to buy a ticket for one of their timed performances. But they also offer a path to expand the nature of theater itself in the future.

I believe there will continue to be an important role for virtual theater, alongside our beloved live theater. Virtual theater can be an inexpensive way to test new concepts, preview new scripts, provide a performance venue for beginning actors and crew members. Most important, it can lure new theatergoers to the glory of live theater.

May that new normal arrive soon!