James Levine Out for the Summer 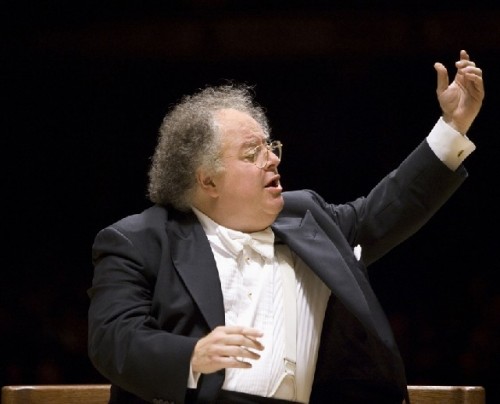 We have watched the decline of James Levine with sadness tempered by a sense of how much he has contributed to the musical landscape.

Levine will conduct the remaining performances of Die Walküre at the Met (May 9 and 14 – a matinee performance that will be transmitted live in HD), he will not join the Met on its Japan tour this June or conduct the MET Orchestra’s Carnegie Hall concert on May 15. Levine will return to the Met in the fall to conduct the new production of Don Giovanni, which opens October 13.

The Boston Symphony Orchestra has announced that Levine has cancelled his appearances at Tanglewood this summer.

Since his January performance with the Metropolitan Opera at Carnegie Hall, where his position on stage provided a clear opportunity to observe, we have predicted that he would step down from his various positions.  Unfortunately, the difficult decisions, which have to do with ‘giving up’ as we age – that is facing the realities of our physical and mental condition, have been particularly challenging for Maestro Levine.  Of course, part of the pleasure he has given us comes from his thorough commitment to music and performers, so in a very real sense he gives up a large chunk of his creative life as he steps down.

We suggested months ago, after he conducted a marvelous performance of the Bartered Bride with Juilliard musicians, that he might continue with young people. Seeing Laila Claire in that production reminds us that she performed in Mahler’s Second last summer at Tanglewood.  Angela Meade billed for the opening night at Tanglewood this year is one of the great young sopranos whose careers Levine has championed. Now we learn that Levine will not be on hand to conduct.

We are not so cynical as to suggest that the Met will prop up Levine to conduct recorded performances of Seigfriend and Gotterdammuerung next season so they can offer a new boxed set, but we have reported the acknowledged health difficulties of the Maestro over the years, including kidney cancer and a possible stroke which may effect the unwieldly use of his left hand and arm.   We have never felt that Levine owes his companies and audience a full explanation of his physical condition, but it caused him to hide from himself the full impact of his health on the institutions he serves has been a cause of concern.  If he would go a little less ragingly into the night, it would perhaps do less damage.

Looking at the proposed Boston Symphony Orchestra schedule for next year, Ludovic Morlot, the conductor of the Seattle Symphony and a former assistant conductor at the BSO appears to be the frontrunner under consideration.  He has been given assignments on the West Coast tour by the symphony and gets two weekends of programs in Boston in the fall.  We will see…hear and listen.  There are many talented conductors who are in the lineup.  The BSO deserves someone who will come and stay.