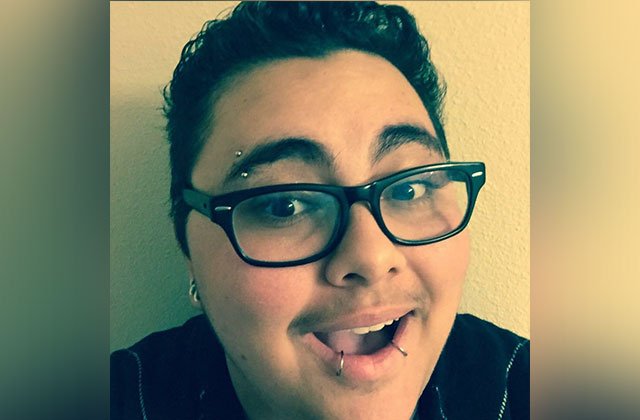 Daimien J. Matherson and his new South Florida theater company are finally about to put an undesired nickname -- and Hurricane Irma -- behind them.

The professional, non-equity Measure for Measure’s new inaugural production is the Pulitzer Prize and multi-award winning musical Next to Normal.

This Tony-nominated show for Best Musical will open on Thursday night as a co-mounting with Wilton Manors-based Infinite Abyss Productions at The Abyss Theatre, 2304 N. Dixie Highway near Ft. Lauderdale.

“Next to Normal has been a dream of mine to produce,” Matherson said. “It’s incredible story and artistry are both heart-warming and heart-wrenching. And it’s truly a challenging piece to stage appropriately. So, I figured, why not burst onto the scene with a bang.”

Such a “noise” might help drown out reverberations of the nickname folks have given to Measure to Measure since Irma ruined the initial plan.

“Oh, I’ve heard of you guys,” people would tell Matherson. “You’re the theater whose show had to get cancelled.”

Actually, Matherson has postponed it until this coming September.

The young man, a tattooed, trans individual with piercings who started his transition three years ago, speaks with an air of serenity. At the same time, there’s a quiet, confident aura about him.

“We’re going to put on a good show,” Matherson enthuses. “I am so excited, obviously. Our actors will blow people away. I cannot wait to hear what people have to say.”

The company had been rehearsing for a month.

In other words, Measure for Measure is in a state of, well, next to normalcy.

The theater’s appearance during the interview served as testament to that. During a recent day, boxes and notebooks, among other items, littered the house seats and a couple of ladders stood erect. The stage looked like it was in a state of decay. But that serves the purpose of the musical, about a family with a mentally ill member. Their lives are crumbling. The state of the set mirrors the state of the family’s existence – it is falling apart.

Hurricane Irma, which decimated The Keys, inflicted considerable damage locally as well. Measure for Measure found itself among the highly impacted.

In a “matter of days,” cast members were to begin technical rehearsals. Then, “Irma reared its ugly head,” Matherson recalled.

The Plantation resident and 2012 Nova Southeastern University graduate wasn’t about to put his cast in danger. Besides, half the cast lived in a mandatory evacuation zone. Moreover, Matherson couldn’t get the majority of cast members back in time for the run. And the theater had no power.

“Instead of producing a subpar production, we decided to postpone it for this coming September,” he said.

Matherson, whose college degrees include one in theater, said he remained resilient despite the hurricane and its effects.

“I definitely didn’t have the thought of ever giving up, that’s not my style,” he said.

But for a company that hadn’t even staged its first production, Irma “was definitely a reality check,”

Matherson said, adding the company lost a “good amount of money.” He declined to say how much.

Measure for Measure’s budget is “$25,000 and growing.” It’s comprised of a for-profit component, the theater company itself, as well as a nonprofit subsidiary titled “M for M Beyond Stage.” It’s the educational arm of the company. M for M’s purpose is to offer internships for high school and college students, as well as adults in various facets of live theater.

Matherson said hopefully M for M Beyond Stage can bolster artists’ resumes and portfolios as well as increase knowledge.

For now, Measure for Measure is a tenant of Infinite Abyss Productions, a company that “explores the dark side of humanity and stages it for you via intensive, immersive live horror shows. We are the modern Grand Guignol!,” according to www.infinite-abyss.org.

Meanwhile, Measure for Measure believes “theatre is crucial for both the performer and audience to gaining awareness of self and the world around us,” as stated on www.measureformeasuretheatre.com. "Measure for Measure is dedicated to producing shows that open a dialogue and promote change.”

More specifically, Matherson, who recently directed The Pillowman for Abyss, said the company will not offer only one type of theatrical experience.

“I love theater in its entirety,” he said, adding he wants his company to offer “all kinds of experiences,” or a “healthy mix” of styles and genres of plays and musicals. Sometimes, Measure for Measure will present a show that makes people uncomfortable and think. Other times, Matherson will present a show that offers people an escape from their daily lives.

Matherson should know something about patrons’ needs. He possesses an educational background in music and theater. He came up with his company’s title from his love of both disciplines. There are, of course, measures in music but Matherson had Shakespeare’s play Measure for Measure in mind as well.

“I always knew I wanted a theater company,” he said. “I never saw myself doing anything else.”

Others, however, didn’t envision an arts career for Matherson, who described himself as the “only out lesbian” while at high school in West Palm Beach. As a youngster, the student’s parents stressed basketball. But after the ex-athlete went up for a layup, a knee snapped. That marked the end of basketball playing days. Matherson met a choral teacher, learned music and eventually became interested in live theater. Still, stage fright kept Matherson from performing.

“I’d much rather be behind stage,” he said.

Behind the scenes is where you’ll find him these days.

He might not be as visible as the performers, but he’s shaping the present—and future – of Measure for Measure.

“I have been working on getting our name out there and meeting and working with as many people as I can,” he said.

Future plans include acquiring a separate performance space, complete with classrooms for learning.

Even now, before Measure for Measure’s debut production, Matherson is looking at possibilities for spaces and writing grants. He also kept busy since Irma. He’s worked as a designer and director for companies such as Outre’ Theatre Company and  Infinite Abyss Productions.

Mother Nature might have been dark and unkind to Measure for Measure. However, Matherson is looking toward a brighter future.