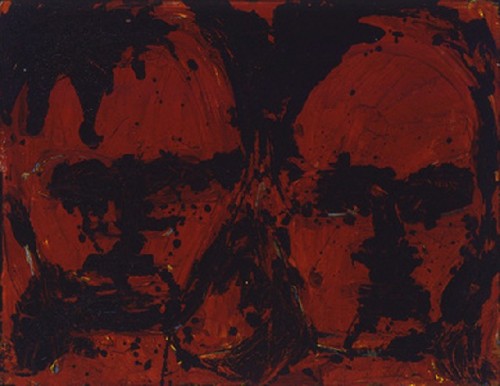 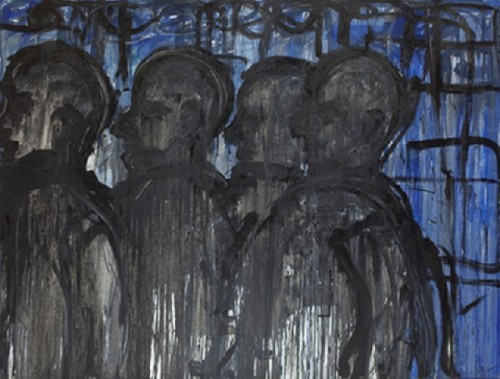 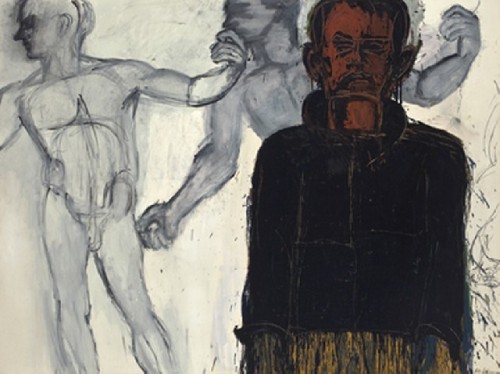 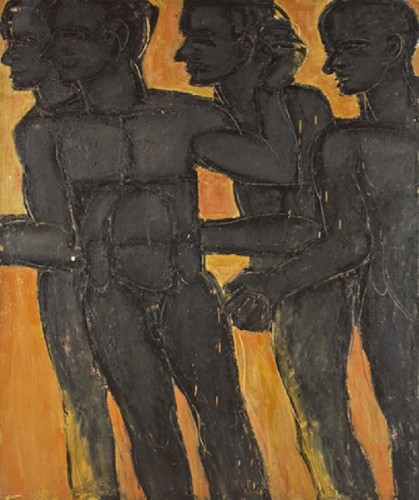 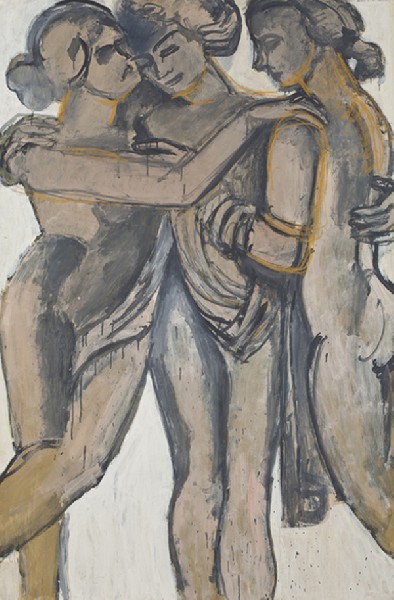 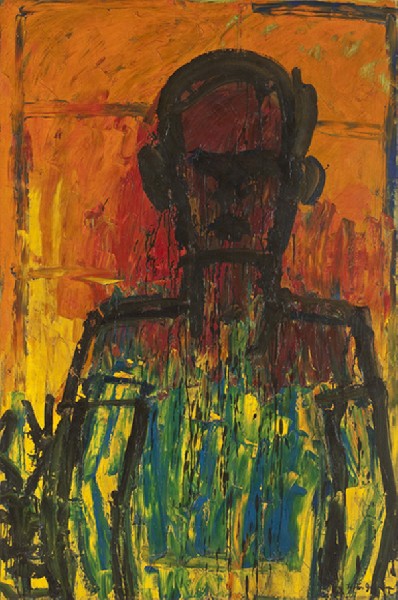 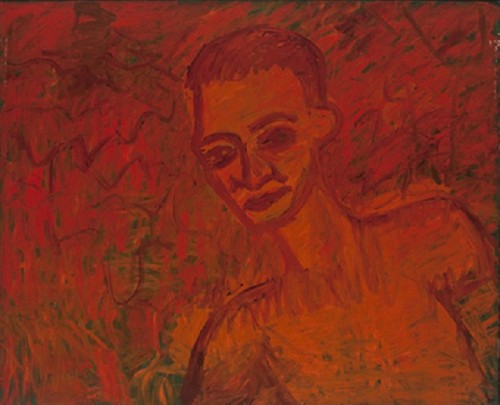 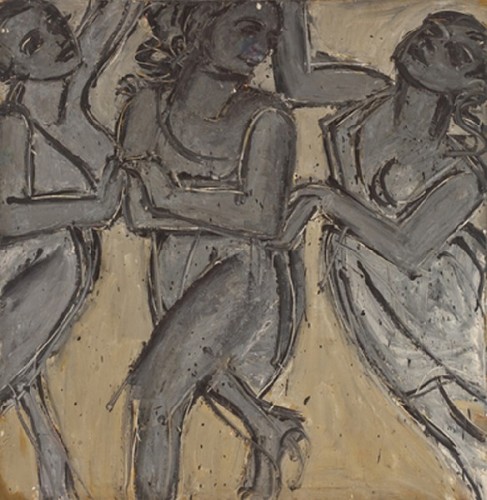 Lester Johnson has successfully remained outside of the mainstream during a career of over sixty years. While this has been one of the great injustices of the "art world," it hasn't hindered the masterful process and prolific genius that have kept him painting unreservedly since the early fifties. Johnson holds significance between both Figurative and Abstract painters, having been one of the few pioneers to powerfully blend the two together. During the era of Abstract Expressionism, Johnson chose to incorporate the cathartic process of action painting with figural representation, creating compositions that compare to de Kooning's women, or Pollock's late black and white works. However Johnson, through his completely revolutionary style, pushed the boundaries of painterly dynamics and the artist's psyche.

While de Kooning, Pollock, and other influential first generation New York School artists, were "representational some of the time;" Johnson and some of his contemporaries chose to embrace figuration completely but within bold new context. Along with Jan Muller, Johnson became an inspiration to many young artists during the late fifties into the sixties.

Johnson treats the figure with a more sustained force than de Kooning, or Pollock  by incorporating the figure into a realm that reflects a psychological space and time. His paintings defy the constraints of the canvas and create an object that seems as if it is always in movement or a vessel for momentous activity

The influential  critic Harold Rosenberg stated "Lester Johnson has drawn a mysterious, unpredictable and moving image. One could not have arrived at this image through analyzing society or through analyzing painting. It was brought into being by the act of painting itself, and it could emerge only as painting."

With Johnson, painting becomes even more vital of a process; it is as physical an act as breathing and as spontaneous as any other humanly natural process. This gives an aura of mystique and spirituality to his painting.

As the scope of human life is grand and substantial, so is the act of painting. However the course of human life has been vulgar and cold. The dialogue in Johnson's art makes it known that our existence is complicated. Apathy and anxiety are increasingly encouraged through impersonal conditions, the people in this environment become absorbed in its mechanical functions. Language and reason was less important than the new concepts for thought control. Art isn't an idea for Johnson; it is a stage for the powerful revolution of the free individual.

What is clear is that while Johnson might not be intently analyzing or critiquing society, his work is a result of the subconscious observations and experiences of the human condition. Scenes in his paintings transcend life itself and become an exposure to the psyche of contemporary life.

There is a combination of tightness and looseness, colors, textures, scale and subject. Visual archetypes are often apparent and evoke classical forms in contemporary climates. Bodies are massed together in throngs of simultaneous behavior or isolated within a vast group of figures or simply but poignantly blended into the paint. Disregarding formal aesthetic proportions, Johnson's figures occupy shared space but are always in flux.

These images are indicative of the modern world whose impersonal mob mentality has changed little today. Sure the bowler hats have changed over to backwards baseball caps and Ramones t-shirts (and Johnson's figurations embrace this subtle change), but the process of the human figure in a constant state of bustling conformity are just as apparent fifty years later. To depict this and to be a skeptic in dialogue with reality is the work of a free and enlightened individual, and Johnson is as liberated of an artist as could be.

David Klein Gallery in Michigan has mounted a show where each work of art is strongly indicative of his process during the sixties, arguably his most potent expressionistic period. Each work here is breathtaking to be candid, there is a bold confrontation awaiting the viewer. His use of color and paint application varies from thick impasto to watery drips and monochromatic to complementary tones.

These elements make up a diverse composition where spontaneity is the key for the artist who paints from a state of involuntary processes. The prolific oeuvre affirms his genius as a painter. Today he is regarded as a Master.