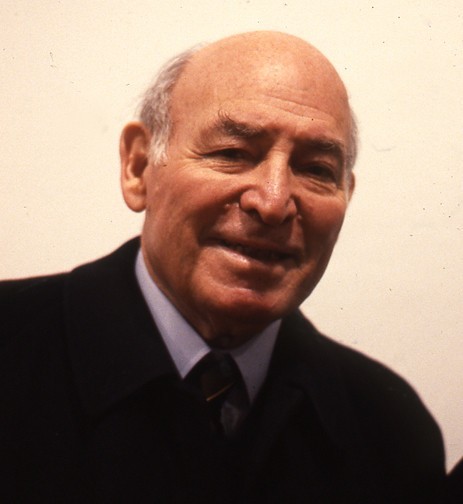 Festival founder George Wein to be honored on June 25 by SPAC. Giuliano photo.

Jazz impresario George Wein, often referred to as the “father” of modern music festivals, will be honored by Saratoga Performing Arts Center on Saturday, June 25 for his role in founding SPAC’s Freihofer’s Saratoga Jazz Festival, one of the longest-running and most celebrated jazz events in the world.

Wein will be honored at the festival with the dedication of a bronze star in SPAC’s Walk of Fame. Immediately following the ceremony, Wein will perform on SPAC’s stage with the Newport All-Stars, his first SPAC performance since 1997. This year’s Festival is scheduled for June 25 – 26 at SPAC; information and tickets are available at http://www.spac.org/jazzfest/

“In 1978, George Wein took a chance by making Saratoga the second location for his ‘Newport Jazz Festival – New York’. It proved to be a brilliant move. That first year thousands joined us to enjoy world-class jazz in a stunning park setting,” said Marcia J. White, SPAC’s President and Executive Director. “That year kicked off a tradition that has only grown richer with time. Today, the festival is known far and wide as a ‘must’ for music lovers across the Northeast and beyond. George Wein’s vision comes alive here at SPAC, the last weekend of every June.”

“When I first saw Saratoga Performing Arts Center, I knew it was a perfect location for my next jazz festival. It had an enormous amphitheatre for headline artists, a smaller gazebo stage for new talent and acres of rolling lawns and tall pines,” said George Wein, Chairman of the Newport Festivals Foundation. “Over the years, some of our best festival performances happened at Saratoga. I am looking forward to performing with Howard Alden, Lew Tabackin, Randy Brecker, Anat Cohen, Lewis Nash and Peter Washington and sharing my 85th Birthday Celebration with SPAC and the wonderful Saratoga audience.”

Considered to be as much a legend as his festivals, George Wein spearheaded hundreds of music events following his success with the first Newport Jazz Festival in 1954 – an event that started the "festival era," according to jazz critic Leonard Feather. Five years later, he produced the Newport Folk Festival; both events continue to be saluted as cultural icons in Rhode Island and around the globe. In 1960, Wein established Festival Productions Inc. and went on to produce the Boston Globe Jazz Festival, the Hampton Jazz Festival, the New Orleans Jazz & Heritage Festival, the Grande Parade du Jazz in Nice, France and many others.

In his 2002 memoir, Myself Among Others: A Life in Music, Wein recounted how he came to the decision to start a jazz festival in Saratoga. A downturn in the 1970s at the Newport Jazz Festival – New York led Wein to conclude that the New York festival had run its course, prompting him to seek another resort-type destination similar to Newport.

He recalls remarking to reporters:

“You know, as I drove over the George Washington Bridge, I noticed that they don’t charge you to leave the city.  But  coming back costs $2.50. I think they’re trying  to tell me something. If I take the Festival out of New York City, it will be hard to bring back. So we’re not leaving. I’m going to do Newport Jazz Festivals in both Saratoga and New York.”

Calling that inaugural weekend, “one of the smartest moves I ever made,” Wein recounts in the book that the Festival was a huge success, right from the start and “most importantly, it captured the spirit of old Newport.”

The Freihofer’s Saratoga Jazz Festival is now produced by one of Wein’s protégés, Danny Melnick, the President of Absolutely Live Entertainment, but at 85, Wein continues to play an active role in the jazz world. In 2010, he founded Newport Festivals Foundation, a 501(c)(3) organization that will allow the Newport Jazz and Folk Festivals to  live on in perpetuity.
Wein is also an accomplished pianist who tours and performs with the Newport All-Stars, an ensemble of some of the finest musicians in the jazz world. After his Walk of Fame star dedication ceremony, Wein will perform on SPAC’s Amphitheatre stage with his Newport All-Stars.

Wein was recognized as a Jazz Master by the National Endowment for the Arts and has been honored by heads of state, educational institutions, and many leading publications. Mr. Wein’s autobiography, Myself Among Others: A Life in Music, has become a major reference on jazz history.

“We are immensely grateful to George Wein for bringing his vision to SPAC and for all he’s done to expand the public’s interest and appreciation of jazz music. We look forward to celebrating his remarkable legacy at this year’s festival,” concluded Marcia White.

A full festival lineup, tickets and information are available at http://www.spac.org/jazzfest/