Nana and Hitler Versus Picasso and the Others 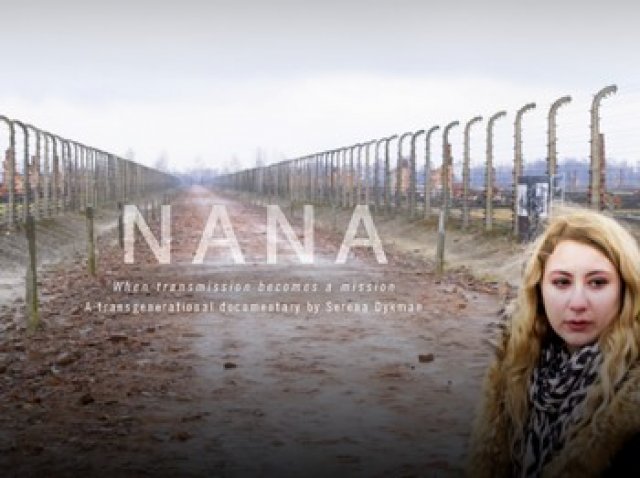 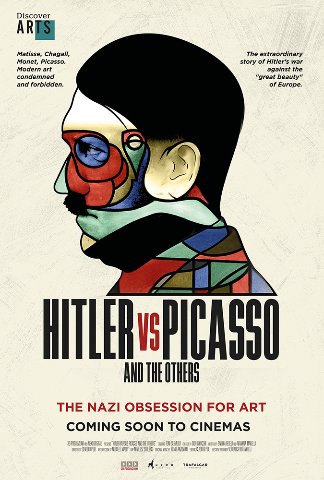 Serena Dykman’s “Nana” is a eulogy, not only for her grandmother, Maryla Michalowski-Dyamant, a survivor of Auschwitz who died when Serena was 11, but for all victims of the Holocaust. “I remember a lot of people attending her funeral,” director Dykman recalls. “I remember that she was a very important person, a public person.” And Dykman remembers hearing the vocabulary of her grandmother’s mission – words like “Auschwitz,” “Birkenau,” “ghetto,” “Mengele,” “gas chambers” – “and not understanding them, but knowing they were bad words.”

Claudio Poli’s “Hitler versus Picasso and the Others” (a misleading title about which more later) is a thorough history of the labyrinthine fate of European art during World War II, meticulously walking us up to events leading to the 1937 Degenerate Art Exhibition all the way through to post World War II attempts at repatriation. Poli’s film is narrated by Toni Servillo, who starred in Paolo Sorrentino’s 2013 Oscar winner “The Great Beauty,” and his heartfelt delivered monologue is derived almost entirely from primary sources.

Unlike Poli’s overarching historic account, Dykman’s “Nana” is an infinitely personal story, yet universally political. A film of three generations of women, the dynamic between Dykman and her mother Alice Michalowski, Maryla’s daughter, does much to propel the arc of the documentary narrative and imbue it with love and hope.

Dykman tells us that as more and more people became aware she was making a documentary about her grandmother, they began to send film footage until, in the end, she had almost 100 hours to mine. From home movies, extended excerpts from archival interviews with Maryla, stills, paper documentation, and extensive contemporary interviews Dykman conducted with Maryla’s many still living erudite friends and colleagues – emerges a documentary that is both a remembrance of her grandmother and a powerful addition to the literature of the Holocaust.

Maryla was born 6 November 1919 in Bedzin, Poland, two miles from the German border, with a population of about 60,000 that was equally Jewish and non-Jewish. Hers was a non-religious family, as comfortable celebrating Catholic holidays as Jewish ones.

In her late teens, Maryla was an aspiring opera singer who auditioned at the Krakow Opera House, one of three to receive a callback.

It wasn’t until about this time that anti-Semitism began to seep into the community. What happens in Bedzin in 1939 – and the ensuing events – is a story that, on the one hand, we know all too well, and on the other – perilously – we seem not to know well enough. This is the dilemma at the heart of Dykman’s project: that we not sigh at yet another Holocaust story and instead see that story afresh, through the eyes of a remarkable, intelligent and insightful individual – its tragic impact on the one who lived it and the imperative for the subsequent generational telling through daughter and granddaughter.

Dykman asks each of her interviewees: What was Maryla’s goal in making it her life’s purpose to keep her story alive? “[T]he importance of remembering what happened so we don’t forget,” says one. Maryla understood that “…blind hatred can hit anyone, anywhere, any time,” says another. And another warns, “Malevolent politicians still exist. …. And even in the most democratic countries, we’re never shielded from a bad election.”

When Dykman follows up with the question as to what Maryla would think of the political upheavals of today, her subjects are in agreement that Maryla would be dismayed. One sadly notes, “She would have been appalled with the realization that [her] experience wasn’t enough to show people that peace is the only objective we should have.”

Throughout “Nana,” the horror of Maryla’s historic story accrues. It is a tragic, moving story to be sure, yet the strength of her testament is equaled by the quiet alarm sounded by those who praise her tenacity, while making the case for the imperative to stay ever vigilant, for it can, indeed, happen here.

Dykman’s mother Alice insists that, as the daughter of a survivor, she has an obligation to keep her mother’s story alive. She, like her mother, knows she must forego naiveté, for what happened in the past is always a possibility for the future. Dykman, the granddaughter and documentarian, has internalized this understanding and takes upon herself an inheritance laden with the responsibility to “perpetuate the memory.”

“Hitler versus Picasso and the Others” (a somewhat baffling title as the film unfolds for Picasso really only meaningfully figures into an epilogue) takes pains to emphasize the direct parallel between a culture’s artistic production and its understanding of itself as a culture, thereby arguing that Hitler was keenly aware that, for an entire culture to be usurped and erased, its art must be erased – or at the very least, hidden. Then, perhaps ironically, as both the war progressed and with it the looting, Hitler (the failed artist) and Hermann Goring (the swaggering aristocrat) – such steadfast allies – became rivals as collectors of some of Europe’s most important masterpieces.

The documentary touches on every aspect of the circuitous story of the Reich’s rape of Europa, using as a focal point the 1937 Degenerate Art Exhibition of 650 works by 112 modern (mostly German) artists – among them Klee, Emil Nolde, Otto Dix, Picasso, Mondrian, Chagal, Kandinsky – staged concurrently with the Great German Art Exhibition, which featured mediocre artists who derivatively modeled their work after realist genre paintings of the previous century, work more appropriate to propaganda posters than to 20th century galleries.

We learn of the myriad dealers, curators and scholars who abetted the theft; of the collectors who fell victim to the Nazi regime; of the protectors, like the American so-called Monuments Men; and of the dealers, curators and scholars who have devoted their lives to locating artworks and unmasking the people responsible for one of the saddest chapters in art history.

Toward the end of “Hitler versus Picasso,” one scholar notes, his research has revealed just how much like ourselves were the regular citizens who made the Reich’s astonishingly vast pillaging possible. Where we wish to find a distinction, people to point to as reprehensible and different from us, we find people who are not that different at all.

It is hard not to see many current films, both dramatic and documentary, through the lens of our current political moment and its reliance on scapegoating for its success. One of Dykman’s subjects observes, “Genocide is not just any kind of crime. It’s a crime where one is killed because of who he is, not because he does something or occupies a territory. Simply because he exists.”

“Nana” and “Hitler versus Picasso and the Others” remind us that the personal is political. Tino Servillo leaves us with a remark Picasso made in an interview long after the war (which finally gives us reason to understand the documentary’s title): “What do you think an artist is? An imbecile who only has eyes, if he is a painter, or ears if he is a musician, or a lyre in every chamber of his heart if he is a poet, or even, if he is a boxer, just his muscles? Far from it: at the same time he is also a political being, constantly aware of the heartbreaking, passionate, or delightful things that happen in the world, shaping himself completely in their image. How could it be possible to feel no interest in other people, and with a cool indifference to detach yourself from the very life which they bring to you so abundantly? No, painting is not done to decorate apartments. It is an instrument of war.”

Serge Noel, who co-wrote Dykman’s grandmother Maryla’s 2000 memoir “Memorial des morts sans tombeau,” leaves us with this: “Within the deepest, blackest hole, humanity still exists; it can’t be destroyed. And we’ll never be able to destroy it. I think that was her message.” Let us hope Maryla was right.

“Nana” and “Hitler versus Picasso and the Others” were released in extremely limited markets. Both will be released on DVD in September.

This is the link to the press page for “Nana”: