Two Sisters and a Piano 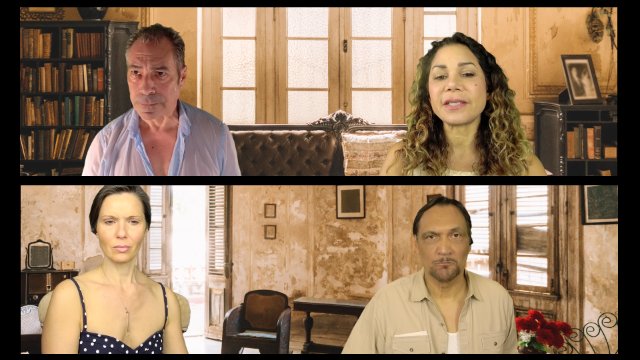 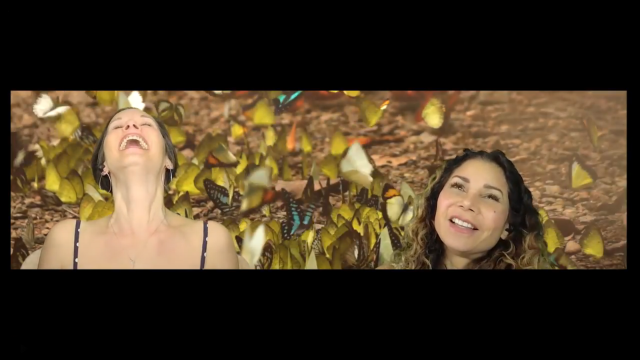 The power of art to heal, transform, offer hope, and inspire in a seemingly hopeless world is undeniable.

Certainly, this is evident in the works of Southeastern Florida playwright Nilo Cruz -- particularly in his Pulitzer Prize-winning drama, Anna in the Tropics, as well as in his taut, moving, poetic play, Two Sisters and a Piano.

The latter is receiving a commendable virtual production through May 23 by New Normal Rep. It is a professional, nonprofit, online theater company founded as a result of the pandemic.

How timely, then, is Two Sisters and a Piano, New Normal Rep’s second ever production. It is a play in which two sisters in 1991 Cuba “escape” their time under house arrest through music and by hearing and speaking heartfelt words.

Surely, these days, with a pandemic raging, and resultant lock downs, some people might feel as trapped as the siblings in Cruz’s play. No doubt, people living today have also turned to the power of art to survive each day in quarantine.

But there is no actual virus affecting the population in Two Sisters and a Piano. However, one might understandably say that a cancer, in the form of Fidel Castro’s regime, has upended lives and broken the spirit of many.

Certainly, at times during Two Sisters and a Piano, it seems as though the sisters’ detention in their home is bending their spirit to the point of breaking it. However, the siblings, 36-year-old Maria Celia, and the younger Sofia, 24, prove to be emotionally strong women.

No doubt, the inner strength of these women endears us to them. And so, we’re happy that they are able to “escape” their situation through Sofia’s calming piano music, the heartfelt letters that Maria Celia’s husband writes to her, and the older sibling’s own fictional story.

Two Sisters and a Piano is not autobiographical. However, Cruz based the play on his sisters as well as on the Cuban Maria Elena Cruz Varela. Authorities on the island country imprisoned her for her writings. Meanwhile, Castro’s officials imprisoned Maria Celia and Sofia for signing a petition demanding more personal freedoms.

Against the backdrop of a crumbling Soviet Union, Maria Celia, a romantic fiction writer, becomes close with Army Lt. Portuondo. While he is essentially the sisters’ jailer, he has been reading Maria Celia’s fiction, and it has moved him. A bond grows between him and Maria Celia, and less so between Portuondo and Sofia. However, in a subplot, the younger sister grows close with a piano tuner (a pleasant and nervous Gary Perez) who arrives at their home to tune Sofia’s instrument.

Two Sisters and a Piano relies less on plot than on its character study to drive home the play’s message about the transformative power of art. Specifically, we witness how music, narrative, and heartfelt letters make the lives of two young women bearable during a difficult time.

And in New Normal Rep’s virtual production, Cruz, doubling as the director, makes the sisters’ escape come to vivid visual life. For instance, during the play’s second scene, Maria Celia talks to her husband, Antonio, as though he can hear her. In fact, he is in another country trying to win the sisters’ political asylum. In the scene, Maria Celia stands under a blue, cloud-filled sky. Gentle, relaxing piano music plays in the background. The character, who seems at peace, positions her hands on her chest, looks up to the sky, closes her eyes, smiles, and with in a soulful voice, talks to her husband. It’s clear she is serene, at peace, and full of joy. It’s as though she’s floating in the clouds.

Meanwhile, in a later scene, Maria Celia talks about her romantic story. Once again, she closes her eyes, and a serene smile spreads across her face as she recalls writing it. She is at the beach. We see and hear the ocean’s waves, as well as the sounds of seagulls. Undoubtedly, such sound effects reinforce the calming effect the process of writing has on Maria Celia.

In this production, Cruz contrasts such serene scenes with dark and tense ones. For example, when the play opens, militia guards barge into the sisters home carrying flashlights. Menacingly, they demand that Maria Celia reveal where she keeps her writings. Then, they take inventory of the sisters’ possessions. Suspenseful music plays in the background.

An air of palpable tension exists during parts of the production. That’s understandable, considering the situation unfolding in Cuba during the play’s setting. The Soviet Union is about to collapse, and authorities are on guard against people rebelling.

Before the play starts, an act of rebellion led to the sisters spending two years in prison. When the play opens, authorities have released Maria Celia and Sofia. Still, they have been under house arrest for an unspecified amount of time.

Actually, the sisters’ house looks spacious and homey. It includes period detail, as rendered by an uncredited scenic designer. That person has complied with the playwright’s wishes. In the script, a note to designers reads, “the set and lights should have a feeling of openness. They should not feel claustrophobic.” Instead, the home looks to be charming and historic, befitting a colonial house.

Throughout the play, the sisters experience yearning, joy, frustration, and unease, among other things. In fact, Sofia’s sense of entrapment, as well as her desire to enter into a relationship with a man, might call to mind a Tennessee Williams character. Cruz has said that the sensuality in Williams’ work and the longing of Anton Chekhov’s characters have influenced his writing. That’s obvious in plays such as Two Sisters and a Piano. At one point, Sofia sensually talks about the sisters’ neighbor. Perhaps she desires him sexually.

“You sound like a cat in heat,” Maria Celia tells her younger sister.

Two Sisters and a Piano includes such drily humorous lines, as well as poetic and vivid language. For instance, “I’d rather be in a hole underground full of worms!” Sofia tells her sister, expressing how she would feel about returning to prison.

As it is, the sisters are unhappy while under house arrest. They might feel down, but they never pity themselves. Clearly, these are strong female characters. Cruz wrote them that way, without turning them into saints. And he ensures their inner strength comes across through the performances.

Speaking of acting, the performances are first rate.

As Maria Celia, Florencia Lozano projects an air of grace, assertiveness, inner strength, confidence and calm. Does she miss her husband? Of course. Does she want to get out of her home? Certainly. However, as Lozano plays her, Maria Celia has radically accepted her situation and refuses to act like a victim or pity herself.  Lozano’s Maria Celia does not get easily flustered, for example, when the lieutenant insinuates something. With a confident voice, and a hint of understated sarcasm, she responds.

Lozano, through her expressive gestures and voice, convincingly conveys joy, serenity, longing, vulnerability, and frustration. At least one tear drips down her cheek during an emotional moment.

Meanwhile, Jimmy Smits injects the lieutenant with warmth, charm, humanity, and sincerity. Smits makes it clear that his character sincerely cares about Maria Celia as a person and as an artist. However, when it comes time for the lieutenant to be stern and commanding, and express other emotions, Smits proves up to the task without making his character unlikable.

As Sofia, Daphne Rubin-Vega sounds and looks like a desperate, caged animal when her character can no longer stand to remain locked in the house. She speaks in an adamant voice, and her body appears to shake.

It’s not the only time Sofia grows heated. Earlier in the play, Rubin-Vega’s Sofia sounds convincingly sensual as she talks about her and her sister’s neighbor – a person who may or may not exist. Through their portrayals, Lozano, as Maria Celia, and Rubin Vega, as Sofia, create two distinct characters. Maria Celia is the more worldly, suspicious, and confident sister. Meanwhile, Sofia is the naïve sibling.

New Normal Rep, which aims to digitally present new and lesser-known plays from diverse perspectives, has now mounted two strong productions. Earlier this year, the company presented as its debut project  a riveting production of Jericho. It is a dysfunctional family play by the company’s artistic director, Jack Canfora. New Normal Rep has brought the same creativity, energy, and attention to detail to Two Sisters and a Piano.

Two Sisters and a Piano is streaming on demand through May 23 at NewNormalRep.org. Tickets are $25, and $10 for students and theater professionals. To purchase tickets, visit NewNormalRep.org