Possibly The Greatest Vintage Has Arrived 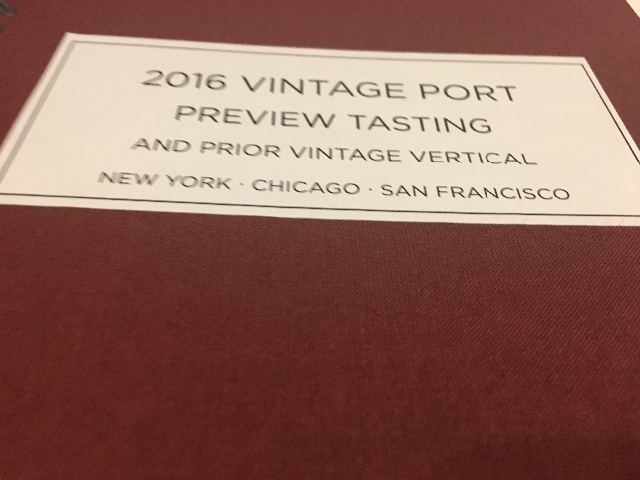 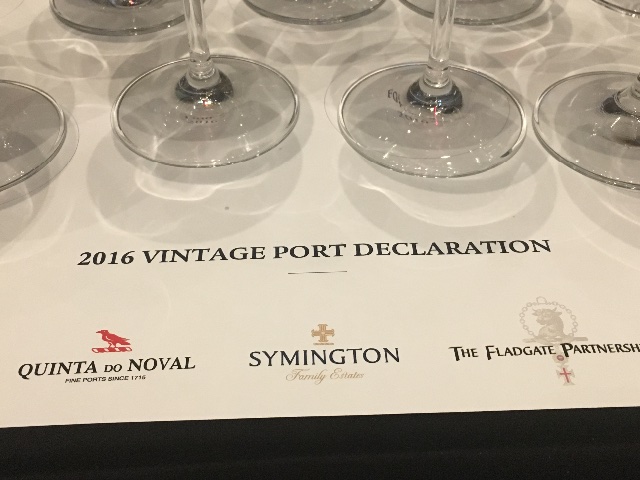 I have been a huge Port wine fan since my father, who drank a glass of Port nightly, gave me a taste at age eight. He figured that one taste was enough, but, since that day, I requested a taste every night.

Legal drinking age in Louisiana, in those days, was eighteen, so, it wasn’t too long before I could buy my own.

Those days are memories, but, my love for Port wine has never changed.

Being in the wine business has its benefits. And receiving an invitation from Michelle Keene for a “2016 ‘Declared Vintage Port” tasting was splendid.

The Symington family declared 2016 as a Vintage Port year. This was the fourth vintage declaration since 2000. The last declared vintage year was 2011. According to the Symington’s, ‘2016 Vintage Ports are exceptional with tannins that are amongst the most refined ever, supporting beautiful red fruit flavors with extraordinary purple intense colors. They have impressive structure and balance, with baumes, acidity, tannins and color in rare and perfect alignment. There is no doubt a result of the late ripening cycle which allowed our grapes to mature evenly and completely.’

This is what made 2016 exceptional. The viticulture year started in the Douro with a wet winter and double the rainfall of the previous year. The wet weather continued through May, causing the river to flood and remain unnavigable. June and July were normal. August was unusually hot with lots of rain at the end of the month. Picking was delayed until late September finishing in the first week of October.

The result was low yields, which translates to small batches, making the 2016 Vintage Ports a rare commodity.

Croft 2016
Poised in-between opulence and restraint, the tight tannins dance the line between silkiness and elegance.

Dow’s 2016
Heavy on the palate with lots of acidity and longevity, this vintage is close to exploding.

Fronseco 2016
It’s all about the fruit. Complex, fresh with lots of minerality.

Quinta Do Novel 2016
Finesse and complexity of dried figs and dates. Long finish with firm tannins.

Quinta Do Novel Nacional 2016
My notes exclaim, a very hot vintage wine, much like that of a Sagrantiono.

Quinta Do Romaneira 2016
A powerhouse of tannins. Complexity of aromas. Soft on the palate.

Warre’s 2016
Lively on the palate with hints of anisette and mint.

All of these ports are young and certainly will develop with time. Grab a bottle as soon as you see one on your wine merchant's shelf. There may only be one chance.