Buffalo’s Great Museum Gets Even Better 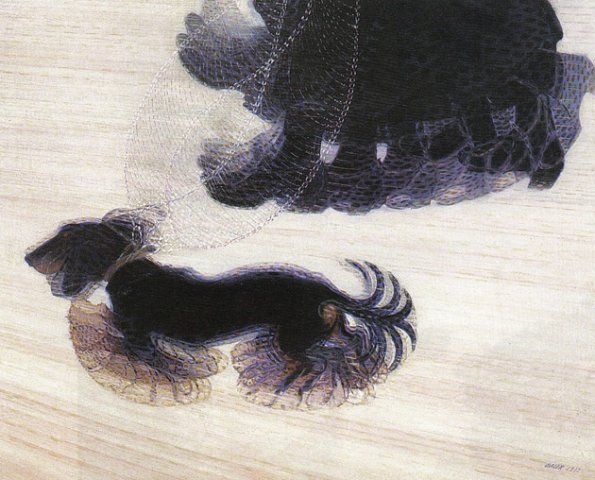 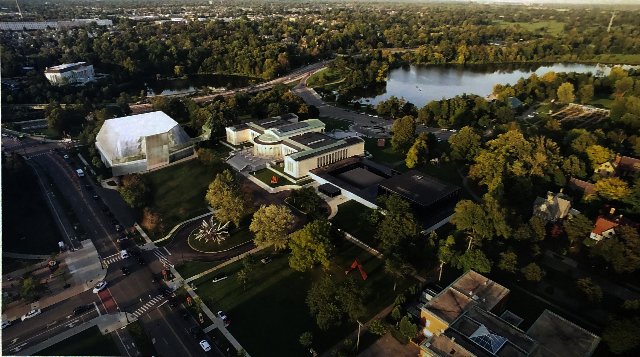 View of the campus. 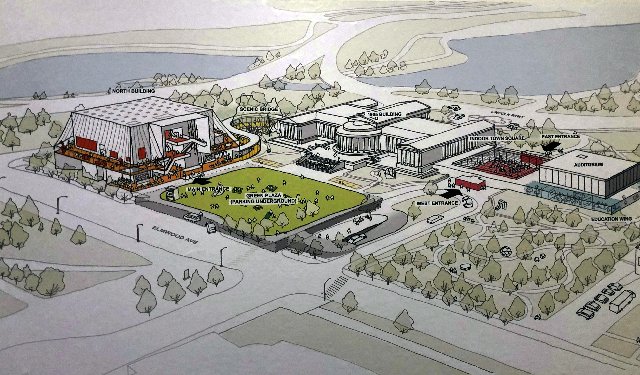 Rendering of changes that begin at the end of 2019. 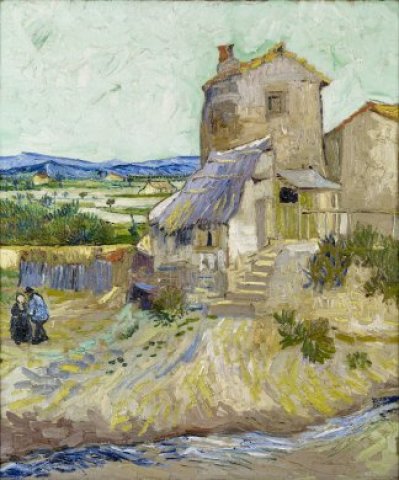 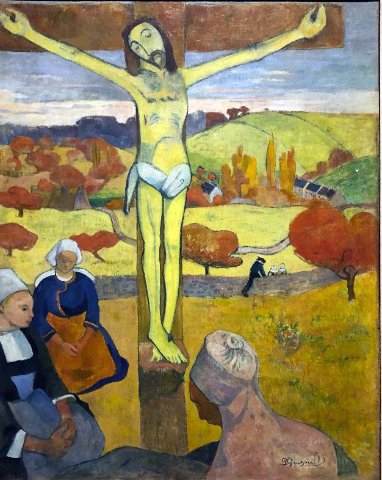 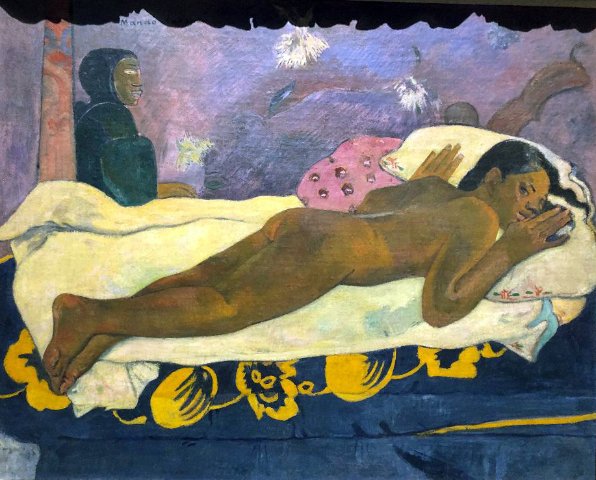 Watched by the spirit of death in a Gauguin Tahiti painting. 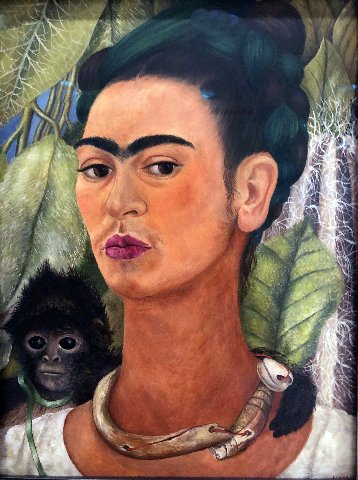 Self Portrait by Frida Kahlo. 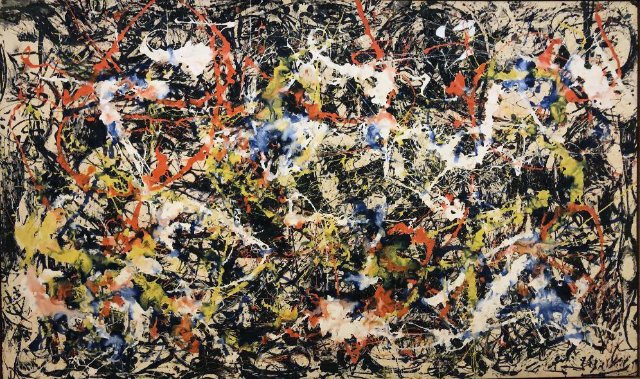 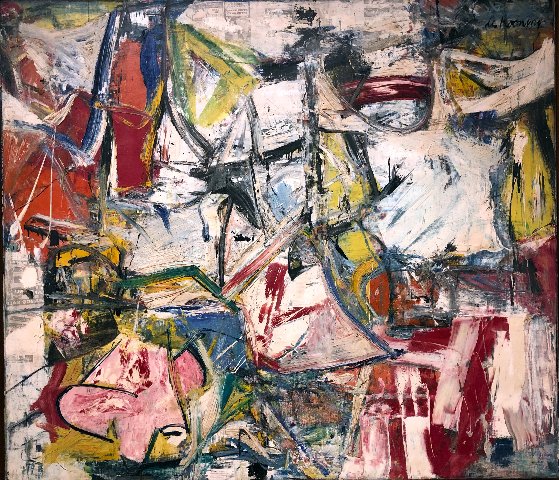 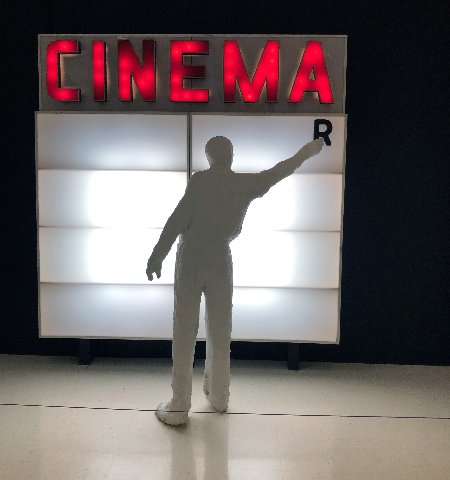 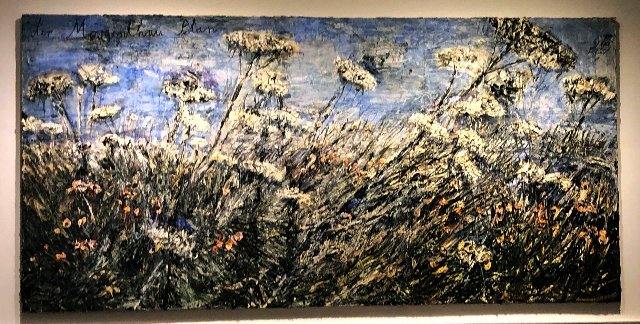 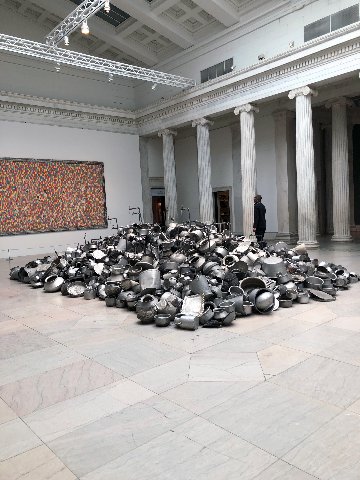 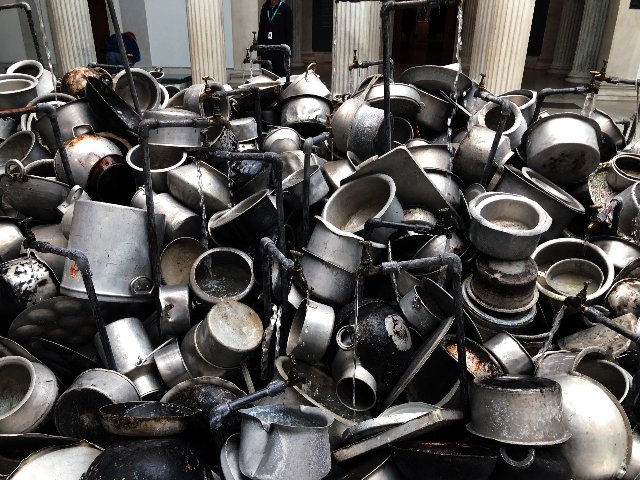 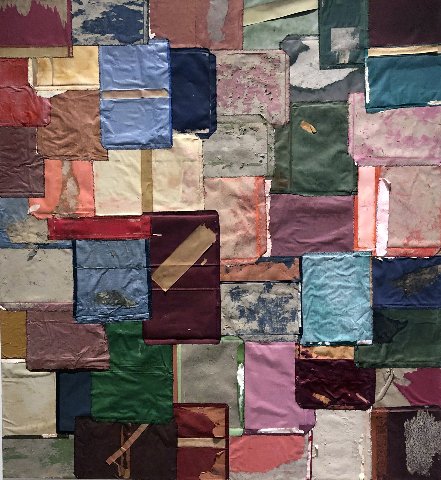 For modern and contemporary art The Albright-Knox Art Gallery in Buffalo, New York is one of America’s foremost, small, Regional museums.

With construct starting at the end of 2019 by 2021 it will open a new 30,000 square foot building designed by the firm OMA/ Shohei Shigematsu. It will double space to display its renowned permanent collection as well as mount special exhibitions.

The structure will offer expanded education and visitor amenities including fine dining.

The museum was founded in 1862 as Buffalo Fine Arts Academy. In 1906 it opened a neo classical structure and in 1962 added a new wing. The new building will connect to the original one with a curved, transparent passageway which enhances views of the Frederick Law Olmstead designed Delaware Park.

The 1962 addition entails corridor galleries surrounding a courtyard. The square configuration with some larger galleries is less than ideal. The spaces are cramped for stepping back to view large works. During out visit the square courtyard looked bleak and unused.

That is about to change dramatically. The space will be enclosed with a design partnered by the artist, Olafur Eliasson, and architect Sebastian Behmann of Studio Other Spaces. It entails a center column exploding into a multi faceted, post modern riff on Gothic fan vaulting. The all weather enclosure will enhance nuances of Buffalo’s renowned seasonal changes. The installation dubbed “Common Sky” will function as an indoor town square.

When modern/ contemporary art was still affordable the museum made prescient acquisitions. That ranged from superb examples of impressionism and post impressionism through post war abstract expressionism and pop art. A large signature work by Jackson Pollock “Convergence” (1952) and superb paintings “Gotham News” (1955) by Willem deKooning and another by Mark Rothko are the envy of major American museums.

The museum owns my all time favorite futurist painting, Giacomo Balla’s “ Dynamism of a Dog on a Leash” (1912). It’s such a hoot to see the blur of tiny feet of the titubating, intrepid dachshund. There are iconic paintings by Paul Gauguin “Yellow Christ” from Pont Aven and “Manao-tupapau” created while in Tahiti. Another gem is a small self portrait by Frida Kahlo with a monkey.

Whoever was making acquisition decisions over many decades had exquisite and adventurous taste.

Exploring the contemporary galleries that sense of risk and insight is just as evident today.

We paused before a large, panoramic, richly textured painting “Morgenthau” by the German artist Anselm Kiefer. Visitors to MASS MoCA, during the summer season, may enjoy an entire building displaying paintings and sculptures by the artist.

There is always a political edge to works by the socialist artist. The work in question references a post war suggestion for a defeated Germany which was provocative and deranged. The United States Secretary of the Treasury, Henry Morgenthau, Jr. proposed that industrial Germany be dismantled and forced to return to an agrarian economy. That would have resulted in massive disruption and starvation for millions of citizens.

Fortunately that never happened. But Kiefer dramatically illustrates this foolhardy foreign policy. Typically, the title of the painting is spelled out in traditional script on the upper left edge of a wildly chaotic landscape. It is based on a photo that the artist made of a field near his studio in rural France. It appears to depict windblown sunflowers in the gloom of fall or winter. One absorbs both means, expressionist application of thick paint, and a mordantly chilling political message of potential intervention gone terribly wrong.

Exploring the 1906 building we experienced shock and awe in a light infused courtyard. Initially, one didn’t know quite how to respond to Subodh Gupta’s “This Is Not a Fountain” (2011-2012). There is a sprawling pile of banged up, galvanized pots. In this jumble and clutter are several bare pipes and faucets. There is a steady flow of water. One wonder’s where it goes. The assumption is of a prior time with a fountain in the center of the space.

The Indian artist acquired numerous used pots in varying shapes and sizes. They are narratively invested objects evoking coded messages about daily life in a densely populated nation. The sense of squalor and poverty of everyday life is palpable. The artist intends the work as a metaphor about migration from rural to urban environments. The pots comprise the detritus of human traffic.

In a playful, surreal manner the artist both evokes and denies our interpretive instinct. While a Dadaesque mumble jumble the installation obviously riffs on a fountain. But lifting from Magritte’s “La Trahison des images (Ceci n’est pas une pipe)” he insists that it is not a fountain. It evokes looking at Magritte’s paintings of pipes that he stated were not pipes. The Belgian artist was literally correct as it was not a pipe but rather a rendering of one. The game entails when is real, a painting, not real?

By now that’s an old and familiar paradox. The artist updates its humor with great extravagance. It is a much bigger joke made all the more exotic with clitter-clatter clutter of well worn Indian vessels. Add to that the gushing rush of running water that made me dash off and pee.

In the 1960s the French philosopher, Jacques Derrida, introduced the theory of deconstruction. It has become seminal to arts theory and mother’s milk of the academy. Graduate students brush their teeth with deconstruction and sprinkle it on their cornflakes.

In all my born days I have never seen a more literal example of deconstruction than “Elements” (2018) by Samuel Levi Jones. The visual impression is a collaged, assisted- readymade of disparate panels forming a loose grid. As an ersatz painting it is interesting and pleasing to the eye. One might regard it as an example of abstract art.

Reading the accompanying wall label, however, entails tumbling down the artist’s conceptual rabbit hole. Literally he has torn apart a number of medical text books and, you guessed it, deconstructed or, in this case, reconstructed them. The notion is to rend asunder the received knowledge and compartmentalization of western medicine.

We are treated by specialists for every bone, nerve, muscle and organ of our body. The artist suggests tearing that down and starting over in the manner of Asiatic holistic treatment. He takes the Chinese approach of conflating “The Elements” of wood, fire, earth, metal and water. Oh well. Take two aspirins and call me in the morning.

That’s something to think about between now and 2021 when we plan to return to the upgraded museum.