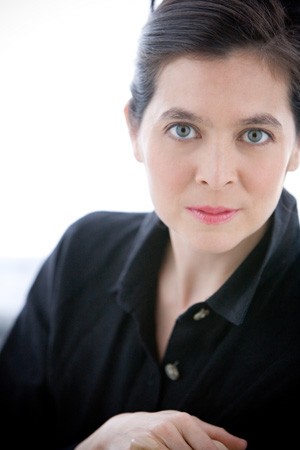 Harvard University and the American Repertory Theatre (A.R.T.) announced the appointment of Diane Paulus as Artistic Director.  She will be the third artistic leader of the A.R.T., following founding eminent director Robert Brustein (1980 Â– 2002) and Robert Woodruff (2002 Â– 2007). A critically acclaimed director of theatre and opera, Ms. Paulus' productions have garnered multiple Obie awards and high praise for innovation. She is one of the most highly regarded theatre directors now working.  Her responsibilities will begin in Cambridge this fall with the planning of the 2009-2010 season.

This is a homecoming. Ms. Paulus' relationship with the A.R.T. began over 20 years ago when she was an undergraduate at Harvard.  In her words "I feel my perspective on theatre was shaped by my years attending the A.R.T."  She went on to direct a distinguished body of work that has drawn acclaim from diverse audiences and critics around the world.  Equally at home with plays, musical theatre and opera, her extensive portfolio includes The Donkey Show, a disco adaptation of A Midsummer Night's Dream which ran for six years Off-Broadway and toured internationally, James Baldwin's Another Country at Riverside Church,  Obie-award winning Eli's Comin,' featuring music and lyrics by Laura Nyro, as well as the 40th Anniversary Concert Production of HAIR in Central Park for the Public Theatre, and Don Giovanni, The Turn of the Screw, Le Nozze di Figaro, and CosÃ¬ fan tutte, all for the Chicago Opera Theater.

The President of Harvard, Drew Faust stated, "The A.R.T. is an organization that is uniquely positioned to strengthen the place and the role of the arts at Harvard University and in the broader Cambridge and Boston communities," said.  "I am very pleased to welcome Diane Paulus back to Harvard at this exciting point in time when we are actively studying ways in which to integrate arts more closely into the life and the curriculum of the University.  She is an accomplished director with an interest in and a talent for engaging young people. I look forward to Diane's first season with great anticipation."

When asked to comment on her new position, Ms. Paulus said, "I am deeply honored to be appointed Artistic Director of the A.R.T.  When I was a student at Harvard, there was no question that the A.R.T. was the most exciting and vibrant theatre in America.  I am thrilled to build on that legacy, and lead the A.R.T. into the future, creating a home for the next generation of outstanding theatre artists who will redefine and revitalize the meaning of theatre for our society and for the community.  I am very impressed with President Faust's commitment to the arts, and I plan to work closely with Harvard to examine how the A.R.T. can be more fully integrated into the life of the university. "

Trained early as a dancer and a student of classical music, Ms. Paulus' work fuses the traditional with the contemporary across a wide spectrum, including theatre, opera, rock, and jazz pieces.  She received a B.A. in Social Studies from Harvard University graduating Phi Beta Kappa. She has an M.F.A. in Directing from Columbia University's School of the Arts.  Her recent theatre work also includes Lost Highway (based on the David Lynch film) for the English National Opera and the Young Vic, Turandot: Rumble for the Ring, created with Randy Weiner (her husband) at the Bay Street Theatre, The Golden Mickeys directed for Disney Creative Entertainment, along with Best of Both Worlds, a gospel /R&B adaptation of A Winter's Tale produced by Music-Theatre Group and The Women's Project.

Her direction of The Karaoke Show, an adaptation of The Comedy of Errors was set in a karaoke bar.  She also directed the Obie AwardÂ–winning and Pulitzer Prize-finalist Running Man by jazz composer Diedre Murray and poet Cornelius Eady.  Her production of Swimming with Watermelons was created in association with Project 400, the theatre company she co-founded with Randy Weiner.

As an opera director, her productions also include all three Monteverdi operas Il ritorno d'Ulisse in patria, L'incoronazione di Poppea, and Orfeo at Chicago Opera Theater.  She is also a frequent collaborator with British conductor Jane Glover. In 2002, their critically acclaimed production of Orfeo was presented as part of The Monteverdi Cycle at the Brooklyn Academy of Music.  This coming summer, she will be directing a production of Kiss Me Kate at the Glimmerglass Opera Festival as well as the revival of Hair for the Public Theater at the Delacorte Theater in Central Park. She has  recently been teaching at Barnard College/Columbia University, and the Yale School of Drama.  She and her husband, writer and producer Randy Weiner, have two small children.

Reviews of Diane Paulus' previous works include phrases like "triumphantly beautiful, dark and disturbing, provocative and engrossing." Her recent interpretation of David Lynch's  Lost Highway was characterized by The London Independent as stunning, "creating a stairway to and from psychosis, mission control for Lynch's weird and wonderful imaginings (April 2008)." Her last September's 40th Anniversary production of Hair in Central Park was called "resilient and tragically timely" and named one of the top ten theatre productions of 2007 by Newsday. Paulus' earlier productions of  Orfeo, The Donkey Show and Running Man were equally heralded by critics.

Clearly Harvard has chosen the right person for a difficult but wonderfully challenging  job. I anticipate that under Diane Paulus's thoughtful and sensitive guidance, A.R.T. will continue to push the edges of theatrical performance,  production and creativity. A true daughter of Harvard, Paulus can easily be a part of the university family while creatively challenging the university and community as a whole with cutting edge 21st Century theatrically compelling productions. How much more artistically intriguing can it get? And that's the veritas.