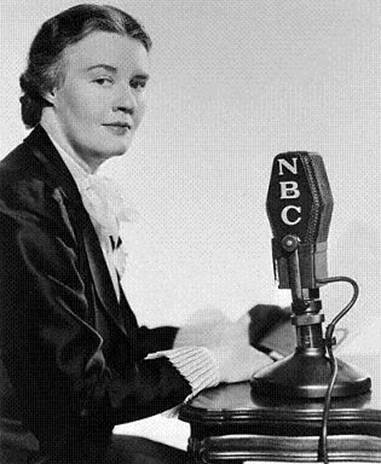 Dorothy Thompson was heralded by many as the “First Lady of American Journalism.” Time magazine once called her the most influential woman in America next to Eleanor Roosevelt. She was Michael Kanin’s inspiration for Katherine Hepburn’s character in the 1942 comedy Woman of the Year. The first American correspondent to be expelled from Nazi Germany on the personal order of Adolf Hitler, Dorothy Thompson was a journalistic icon; provocative and complex as she was brilliant and courageous.

Artistic Director Tony Simotes and Shakespeare & Company are pleased to present the world premiere of Cassandra Speaks by Norman Plotkin. In a tour de force performance, the versatile Tod Randolph takes on the role of Thompson. Randolph played Jacques in last summer’s critically-acclaimed production of As You Like It and continues to thrill Berkshire audiences with her performances of both classical and contemporary characters. The production is directed by Nicole Ricciardi, a newcomer to Shakespeare & Company, whose directing credits include Stephen Schwartz’ Working (revised 2011 version), The Complete Works of William Shakespeare (abridged), Shining City, A Midsummer Night’s Dream, The Bird and the Two-Ton Weight, and two original pieces, The Juliet and Romeo Project and Roasting Alice.

Cassandra Speaks runs from May 25 through September 2 in S&Co.’s Elayne P. Bernstein Theatre. Press Opening is on Friday, June 1 at 8:30PM. To RSVP or arrange interviews, contact Associate Director of Communications Greg Hughes at (413) 637-1199, ext 145 or ghughes@shakespeare.org.

Tickets are $15-$50, and S&Co. offers a wide range of discount options, including discounts for groups, students, senior citizens, military, teachers and our very popular 40% Berkshire Resident Discount. To view a complete schedule, receive a brochure, or inquire about discounts, please call the Box Office at (413) 637-3353 or visit www.shakespeare.org. For customized group visits – which may include artist talkbacks, tours, and catered events – contact the Group Sales office at (413) 637-1199, ext. 132. Founders’ Theatre is hearing aid assisted and wheelchair accessible.

Cassandra Speaks takes place on a hot June day in 1943. Before walking down the aisle for a third time, we witness Dorothy Thompson reflect on her past failures and triumphs as she struggles to create her own, personal revolution. Through her struggles, we begin to see the woman detach from the myth, and a universal story begins to emerge. In this funny, passionate tell-all tale, and amidst the chaos of last-minute wedding day preparations, the charismatic Thompson continues to captivate and surprise her audience.

“I first met Norman Plotkin on the corner of Bank St. and Hudson Avenue in the spring of 1985,” said Randolph, reflecting on her first encounter with the playwright.  “I remember that we got into an impassioned dispute about the underlying causes of human suffering, and that it went on for almost an hour until I finally surrendered the field, unconvinced, but realizing I was way out of my league. Our friendship gradually blossomed over the next few years, during which time I graduated from Julliard and entered into the actor's agonizing rite of passage known as ’pounding the pavement,’ while he worked at various jobs and struggled to complete his play, Jackson Blume."

The friendship between Randolph and Plotkin gradually became a collaborative one. In fact, it was Randolph's suggestion that Plotkin write about Thompson. “Ten years later I had moved to 366 West 11th St., and we'd often meet for coffee at the little bakery on Bleecker, across from the Biography Bookshop, where one day we saw in the window Peter Kurth's American Cassandra: The Life of Dorothy Thompson. By this time we were well acquainted with one another's professional frustrations, and he said to me, you know what you should do, you should hire a writer to write a one-woman show for you about her. I said, I know a writer - and just like that, this project was born.

"He always believed that to write a great play, you need a great character. I always knew that the marriage of Norman's talent with Dorothy's story was truly made in heaven. This playwright's political sensibility, his wit and brilliance, his passionate heart, and his argumentative, unapologetic nature would have delighted Dorothy, had their paths ever crossed, as much as they delighted me, and all who were lucky enough to call him friend."

At a June 1937 commencement address for her alma mater, Syracuse University – the first by any woman in its 66-year history – Dorothy told the assemblage, "there is only one effective revolution and that is the old evangelical idea of conversion; that men see where they have been wrong; that a light dawns upon them; and that they change their ways."