Giuliano's Collages and Watercolors from the 1970s 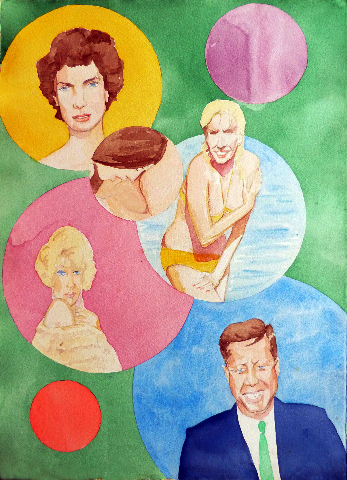 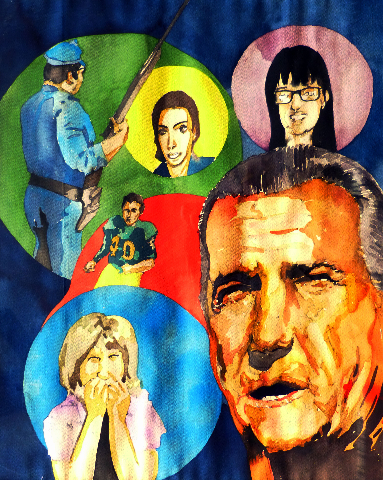 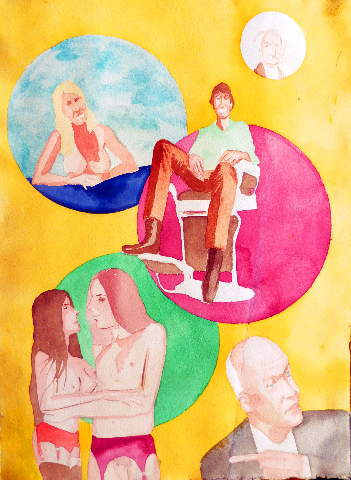 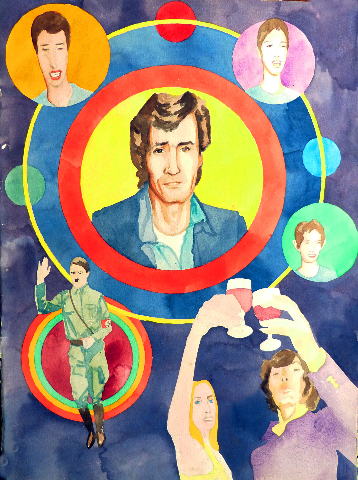 Charlie Manson and his followers. 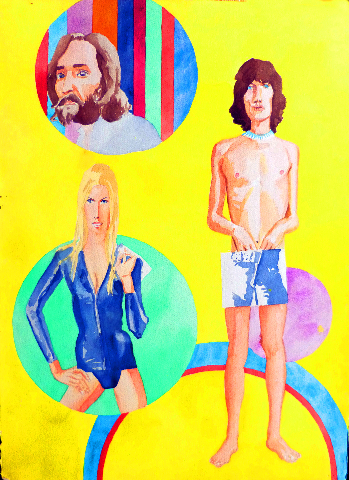 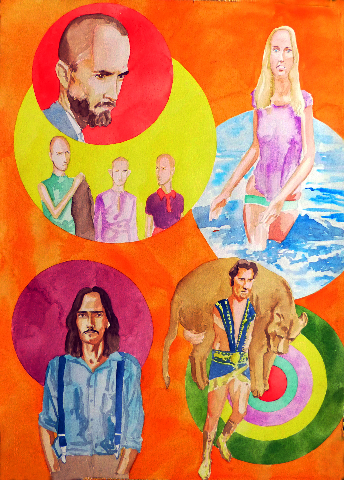 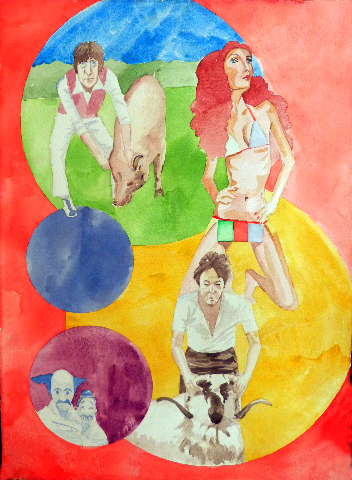 John and Paul down on the farm. 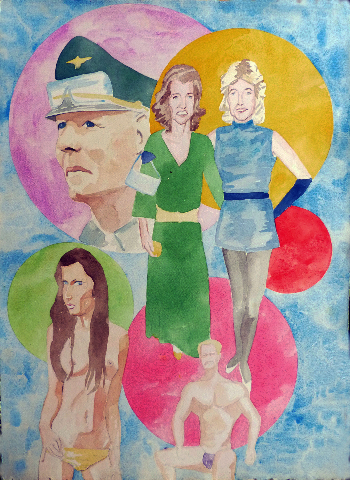 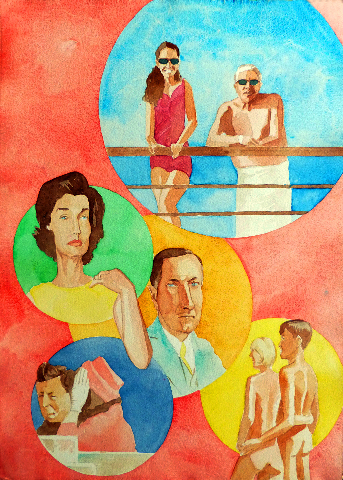 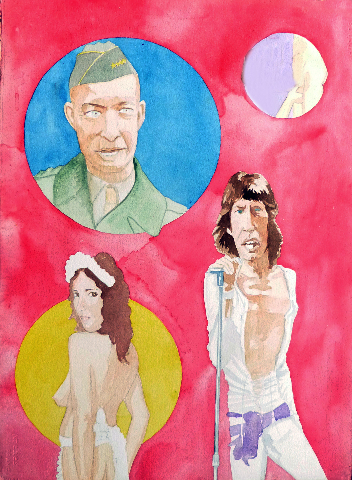 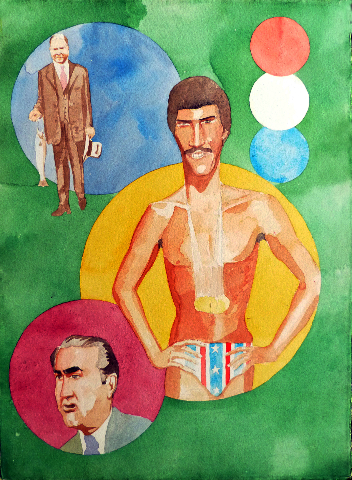 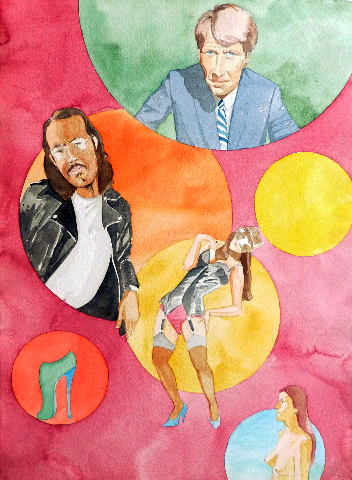 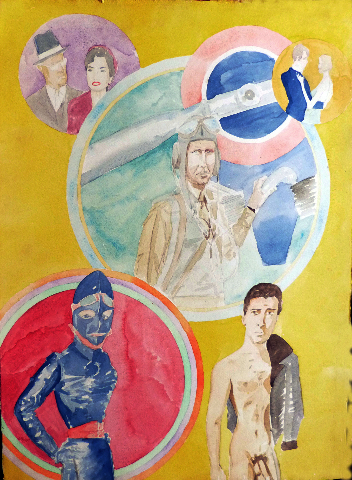 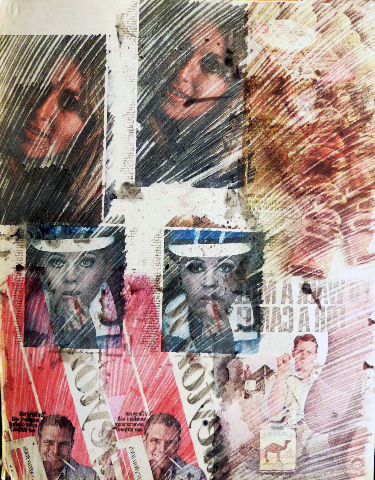 Rubbings from the Lower East Side. 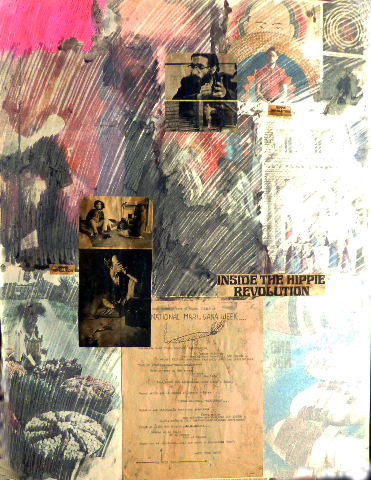 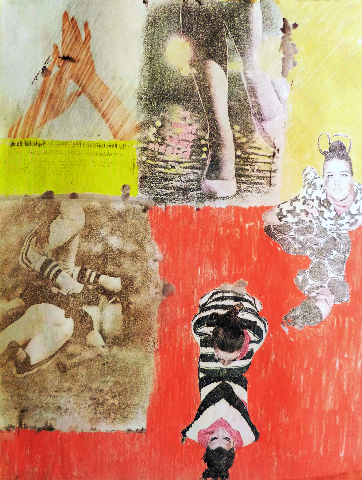 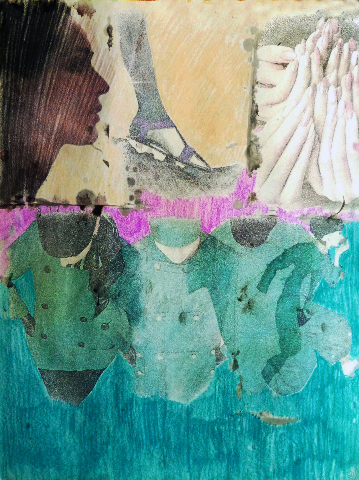 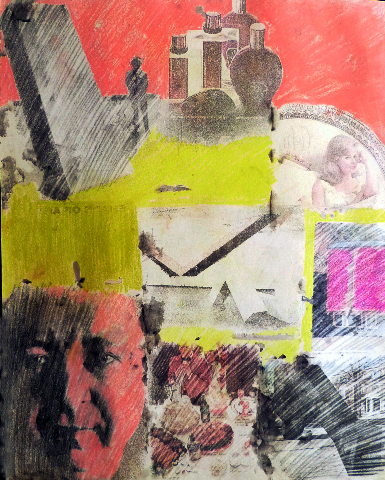 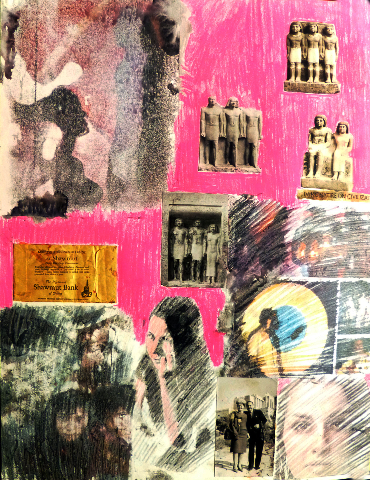 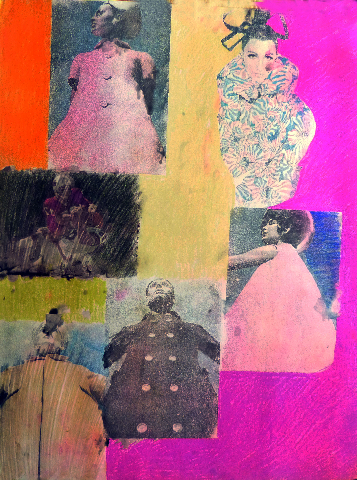 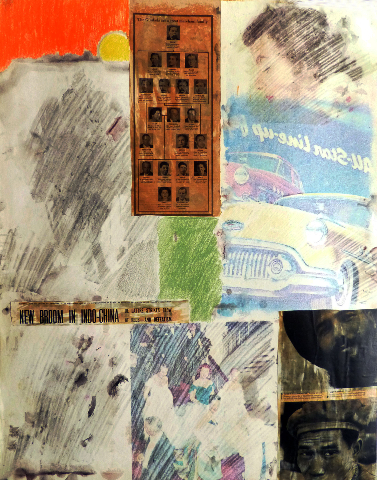 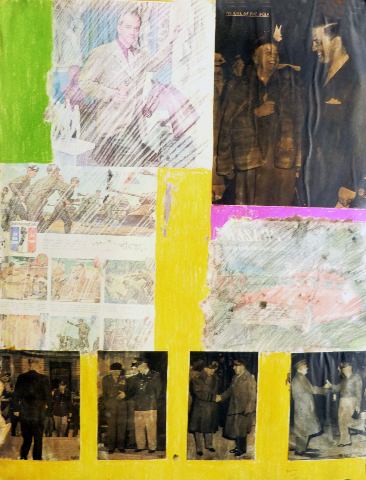 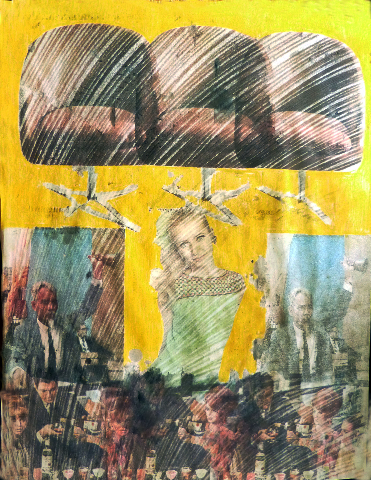 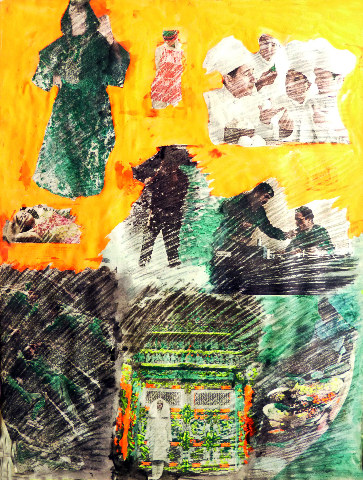 In a 1968 sketchbook I experimented with approaches to Honky Art.

It was a one-man movement that had no tangible impact on contemporary art.

Somehow, when reading that statement my wife, Astrid Hiemer, found my candor to be hilarious.

Yes, perhaps, but at the time I was utterly serious.

The idea was ultimately eclectic and derivative of what I was seeing in galleries as well as sourced through media. In particular I relied on images from Life Magazine.

While living in the Lower East Side, before returning to Boston in the Spring of 1968, I executed a series of rubbings augmented with pastel. These were created by placing a magazine image face down and applying the solvent acetone. With a spoon the images was rubbed vigorously onto the paper. Pastel was a means of unifying the elements.

Only a small portion of what was produced has survived in a portfolio.

The work in collage would impact the development from sketch books to finished works on large sheets of water color. This continued after a 1969 commission to create 50 works for the Royal Sonesta Hotel in New Orleans. Several of the early ones were rejected and when I delivered the set of 50 I was asked for several more as a gift for the commission.

The current location and status of this body of work is unknown. It may one day surface in the secondary market. In my archive I found some examples of this Honky Art which is reproduced here. Because of explicit sexual imagery I have opted not to post several of the watercolors on line. Sexuality was an important aspect of all things Honky.

In a dialogue after posting a piece on the theory of Honky art I expressed that decades later it is still relevant and provocative and perhaps even more so.

If Honky is a derisive term, arguably the flip side of the N Word, then why use it? Why be deliberately associated with a racist idea? The extreme of Honky would be white supremacists and the Ku Klux Klan. Honky is an attempt to undermine racism through irony, humor and satire.

Despite progress and change America continues to embrace and be dominated by Caucasian and conservative Christian values. Consider the comic tragedy of current American politics.

Within its definitions Donald Trump, for example, is the ultimate Honky. Ted Cruz, appealing to the religious fundamentalists and disruptive Tea Party is also an ultra Honky. Extrapolated and magnified the middle American values of God, apple pie and mother, are the purist expression of Honkyism.

Pop art danced around the edges of consumerism as nationalism but never pushed deeply into the festering wound of retro values and the deeply rooted conservative base of our culture. Honky Art was an effort to push deeper into the diseased heartland.

What is evident in this body of work is a confluence of then topical issues such as the power of the Kennedy dynasty, the Helter Skelter terrorism of Charles Manson and his followers, icons of Hollywood, sports and figures for history including Nazi's like Hitler and Rommel.

These visual vignettes were configured into designs that divided the rectangular support into a series of high-chroma circles. These contained, arranged and divided the space with a combination of abstract design and charged narrative figuration.

By the 1980s I was primarily involved with photography. My pursuit of painting ended with a series of Portraits of Presidents and high profile political figures. I have often thought of returning to complete this series.

In the late 1980s I began to create photo-collages. On many formal levels they continued the design and aesthetic patterns of the rubbings and Honky Art of earlier work.

Through revisiting this early work and the failed attempt to establish Honky Art I have been gratified by encouraging responses. It was this support that encouraged posting more of the vintage material.

Perhaps America is finally ready to encounter if not embrace Honky Art.