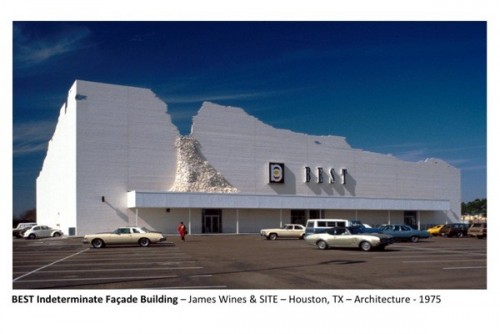 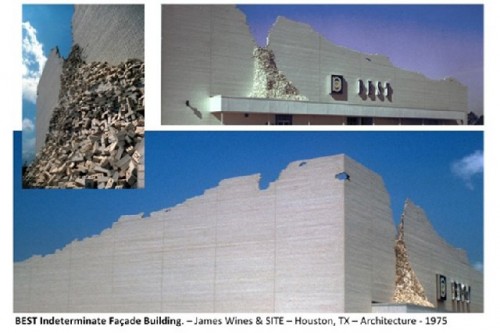 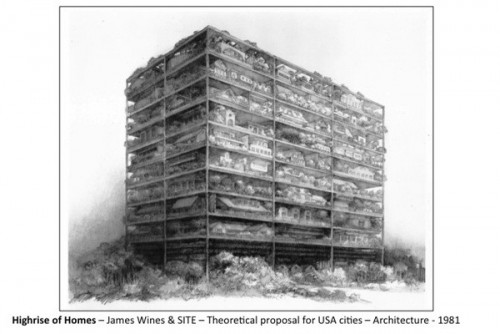 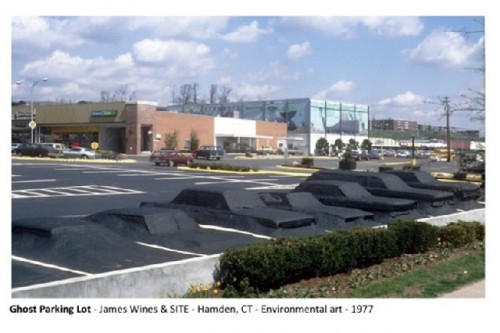 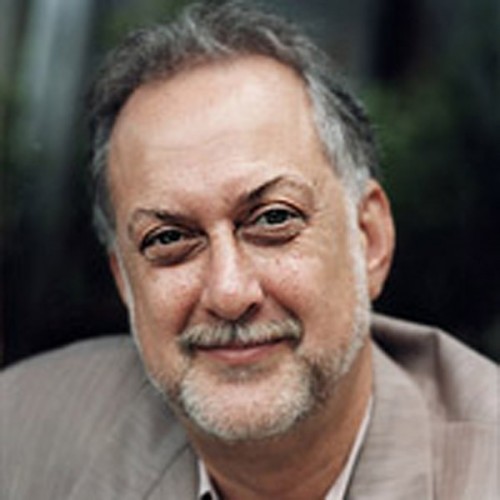 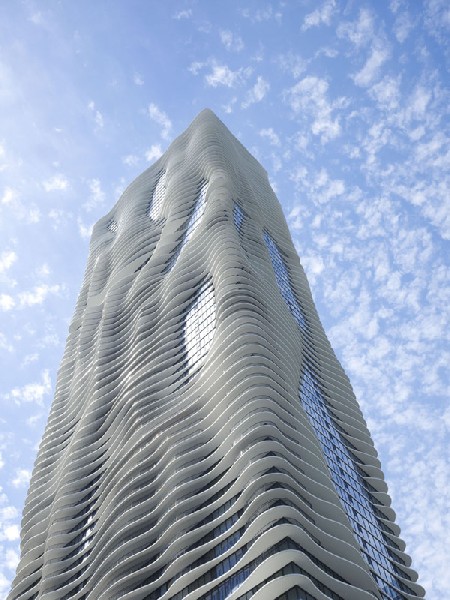 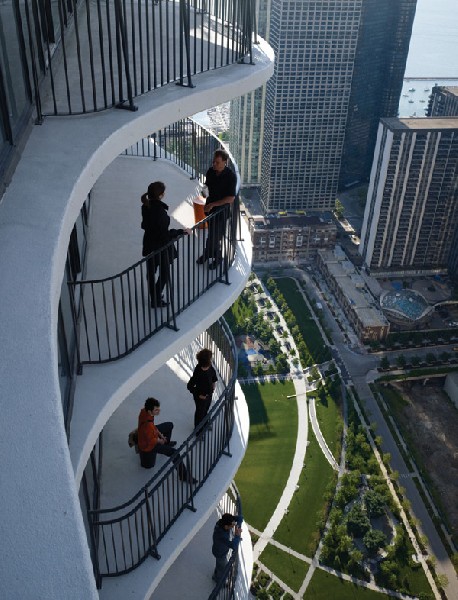 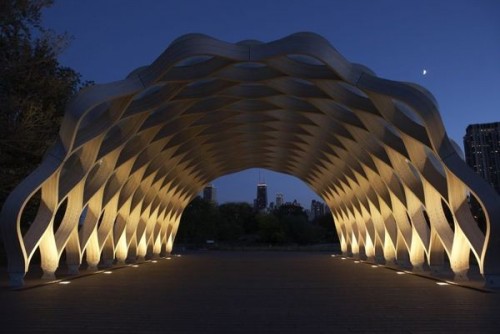 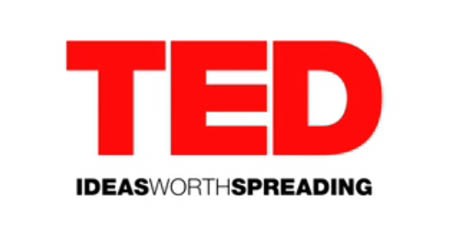 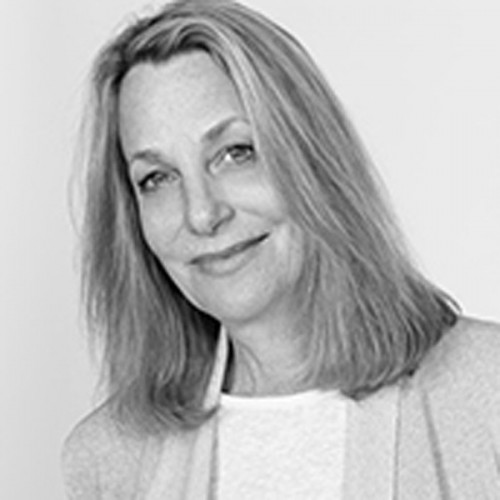 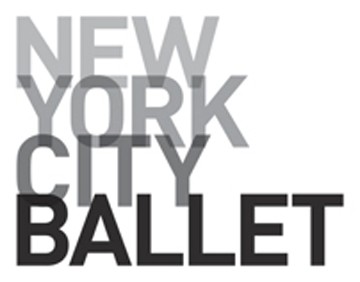 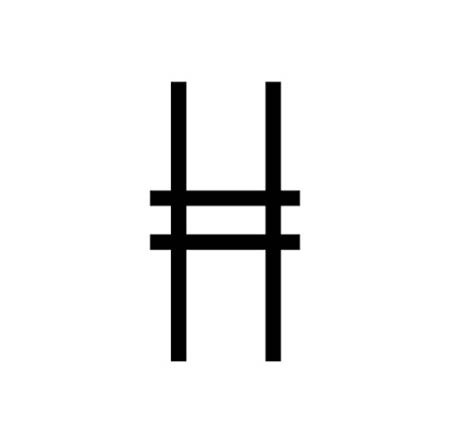 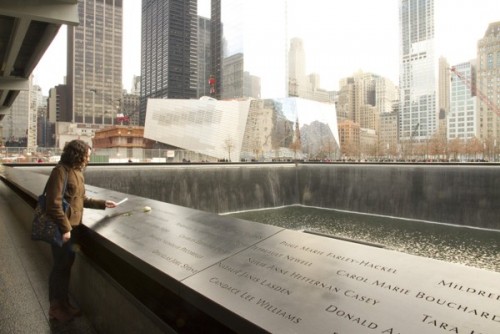 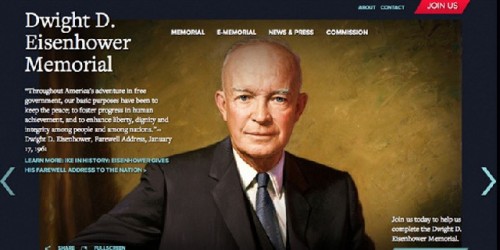 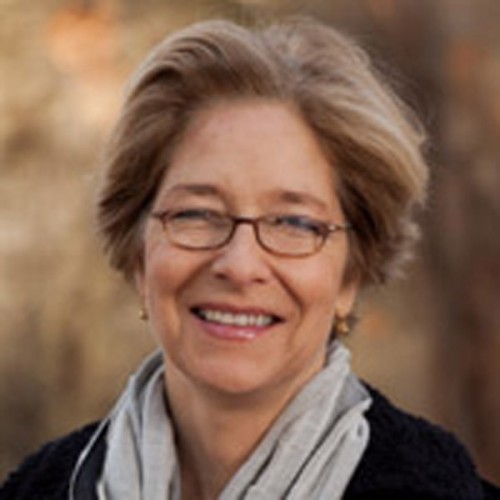 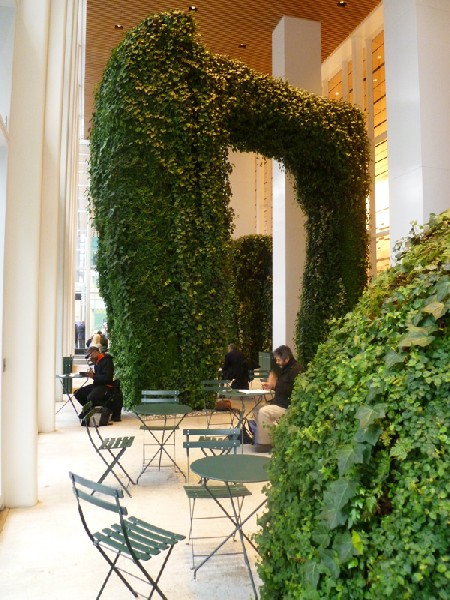 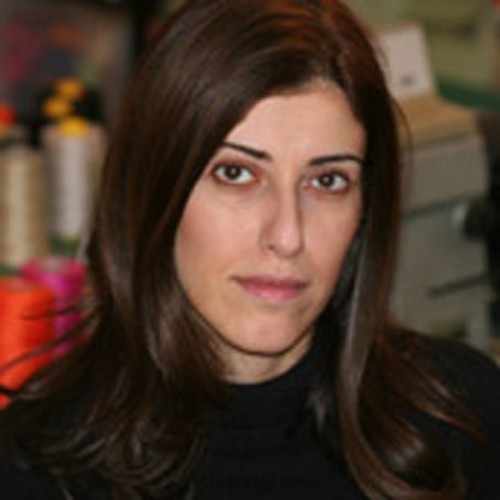 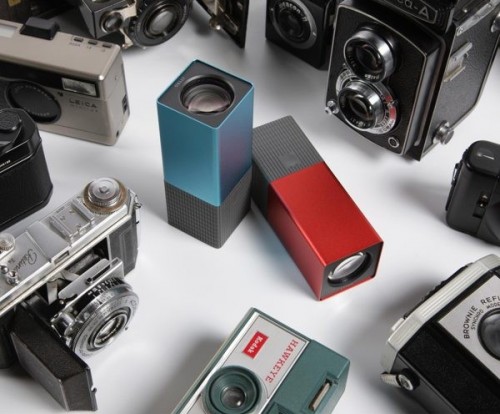 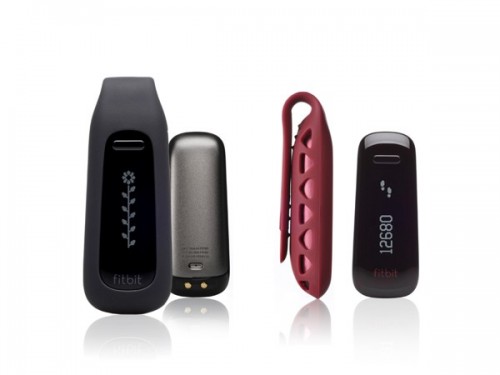 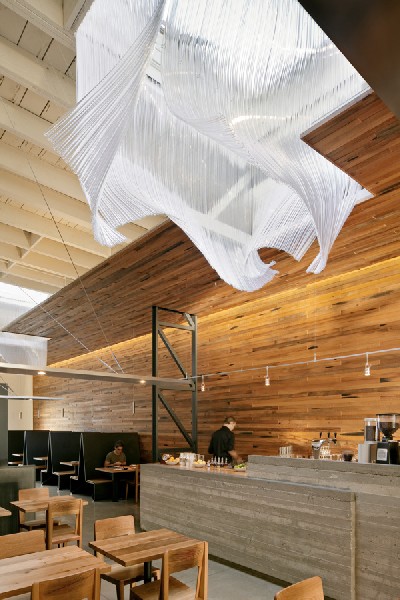 The Cooper-Hewitt, The National Design Museum of the Smithsonian Institute has announced the National Design Awards for 2013. Included are several categories that reflect the ever-growing scope of design disciplines. There are ten jury-selected award categories and one other is selected by the Museum's senior staff.

The award for Corporate & Institutional Achievement is given in recognition of a corporation or institution that uses design as a strategic tool as part of its mission, and has consistently exhibited ingenuity and insight in the relationship between design and quality of life. The prize for Architecture Design is in recognition of an individual or firm for exceptional work in architectural design.

An award for Interaction Design is for breakthrough work in the design of interactive digital products, environments, systems, and services. Similarly, the Interior Design prize recognizes  great work in domestic, corporate, or institutions interior design.

The Landscape Architecture award is given for significant work in urban planning or park and garden design. A Product Design award recognizes exemplary work in the design of consumer goods, technology, or home and office furnishings.

Created in 2001, the Design Patron Award is selected by Cooper-Hewitt leadership recognizes an individual for outstanding support and patronage within the design community.

For lifetime achievement, the Cooper-Hewitt is honoring the brilliant iconoclast James Wines. He founded his multidisciplinary studio, SITE (Sculpture in the Environment), in New York in 1970. A true visionary, he was far ahead of the design professions in pushing the importance of the environment and the landscape in relationship to architecture.

His often apocalyptic but influential designs for the Best Products retail chain (1971-1984) were among the first to fully and often spectacularly integrate environment, architecture and art into a commercial or public setting.

Wines has designed over 150 projects for private and municipal clients in eleven countries. He is a Professor of Architecture at Pennsylvania State University and has authored several books including De-Architecture and Green Architecture and multiple monographs.

The Design Mind prize was awarded to Michael Sorkin. Sorkin is an architect and urbanist whose practice embraces design, criticism, and teaching. The principal of Michael Sorkin Studio in New York, President of Terreform, an organization dedicated to issues of urban morphology, sustainability, and equity, he is the Distinguished Professor of Architecture and the Director of the Graduate Urban Design Program at the City College of New York.

A contributing editor at Architectural Record and an architecture critic for The Nation, he is the author/editor of numerous books including Variations on a Theme Park, Exquisite Corpse,  Some Assembly Required, Starting From Zero, and All Over the Map.

The prize for Architecture Design was given to Studio Gang Architects of Chicago. 2011 MacArthur Fellow Jeanne Gang is the founder of this collective of architects, designers, and thinkers practicing internationally. Gang uses architecture as a medium of active response to contemporary issues as they impact human experience.

Each of their projects attempts to resonate with its specific site and culture while addressing larger global themes like urbanization, climate, and sustainability. Honored and published widely, Studio Gang’s work has been exhibited at the Venice Architecture Biennale and many museums.

TED (Technology, Entertainment and Design ) was recognized for Corporate & Institutional Achievement. TED is a nonprofit organization devoted to “Ideas Worth Spreading.” Started by Richard Saul Wurman in 1984 as a conference that bridged the three worlds of technology, entertainment, design and has since grown enormously in scope and reach.

In 2006, TED first released six talks online, for free. Now, with more than 1,400 published talks, TED marked a major milestone in 2012, surpassing one billion views of its TED Talks. They have been translated into over 95 languages and cover a range of disciplines, from architecture to astrophysics.

Paula Scher won the Communication Design award. For over four decades, Scher has been at the forefront of graphic design. Often iconic, smart, and accessible, her images have entered into the American visual vernacular. She is known for reimagining of typography as a communicative medium. She says, “Words have meaning and type has feeling. When you put them together it’s spectacular.”

A principal in the New York office of Pentagram since 1991, she has developed identity and branding systems, environmental graphics, packaging and publication designs for a broad range of clients including Citibank, Microsoft, the Museum of Modern Art, the Public Theater, the High Line, the Metropolitan Opera, the New York City Ballet, the New York Philharmonic, and Jazz at Lincoln Center.

The Fashion Design prize went to Behnaz Sarafpour. Known for her modern elegance and innovative textiles, Iranian-born Behnaz Sarafpour debuted her collection in 2001. The first designer to represent the United States in this campaign to merge high fashion and affordable prices, she brought her classic, feminine style to the masses in 2006 by joining Target’s GO International line.

Since then, she has collaborated with Lancôme and Earnest Sewn, and her designs have been exhibited at the Victoria and Albert Museum and the Museum at FIT. In 2008 her environmental concerns led to the addition of organically produced pieces in the collection.

The Interaction Design award recognized Local Projects founded by Jake Barton. Local Projects is a media design firm that specializes in work for museums and public spaces. The firm is creating all media for the 9/11 Memorial and Museum, Cooper-Hewitt, National Design Museum with Diller Scofidio + Renfro, and the Frank Gehry–designed Eisenhower Memorial.

Local Projects is recognized as a leader in the field of interaction design for physical spaces, and in the creation of collaborative storytelling projects where participants generate content. Local Projects has brought forth over 100,000 individuals’ stories and memories through its various creative projects sharing them with millions worldwide.

Aidlin Darling Design won the Interior Design award. With a shared interest in exploring design across a wide range of scales, programs, and disciplines, partners Joshua Aidlin and David Darling began Aidlin Darling Design around a woodshop in 1998. Tthey have put emphasis on designing for all of the senses and have cultivated a diverse and collaborative studio. Their award-winning work includes collaboration with an  extended network of builders, fabricators, artists, engineers and chefs.

The Landscape Architecture award went to Margie Ruddick. She is recognized for her pioneering environmental approach to urban landscape design. Creating a design language that integrates ecology, urban planning, and culture, Rudderick has received numerous awards over a 25-year career fostering the idea of nature in the city. She has taught at Harvard, Yale, Princeton, University of Pennsylvania and Parsons School of Design. Her forthcoming book is Wild by Design.

According to the Cooper-Hewitt Museum, the nomination process begins each fall. The process starts with an open call for nominations solicited from leading designers, educators, journalists, cultural figures, corporate leaders, and design fans from throughout the US. This is done in part on the museum's website.

Nominees are invited to submit materials for review according to specifications provided by the National Design Awards office. Submissions can consist of resumes, design statements, portfolios of work, and visual samples.

The jury meets over a two-day period to thoroughly review every submission and consider each nominee. Jurors assess portfolios in terms of the works’ relationship to and impact on contemporary daily life. Originality in identifying, shaping, and solving problems is highly valued.

Nominees' work that significantly broadens the conventions of their discipline, introduces formal innovation, and exhibits consistently high levels of imagination or insight are given special consideration. And in keeping with Cooper-Hewitt's definition of design as a force of change, the extent to which the general public has benefited from the creative work of each nominee is weighed.

Museum staff does not participate in the selection process. Jurors are asked to base their decisions primarily on the core criteria of excellence, innovation, and enhancement of the quality of life. They are also asked to consider the broad spectrum of the design community geographically, culturally, and artistically. All jury deliberations are kept confidential.

The 2013 awards all seem to be meaningful and well-deserved. With a predominance of New York-based individuals and firms, these recognition awards seem to represent some of the very best of what American and international design is about.