Series A Opens the 35th Year 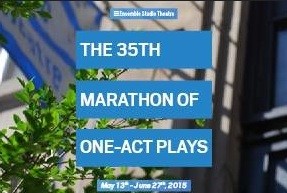 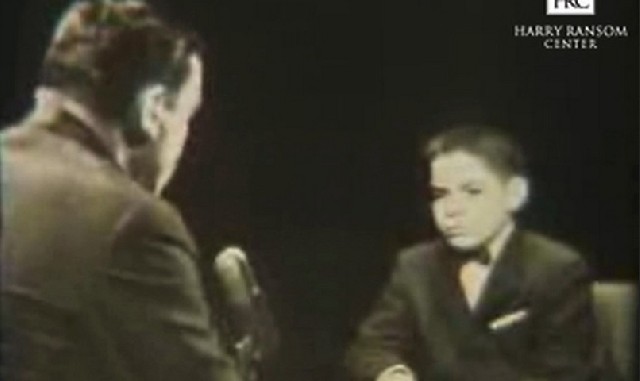 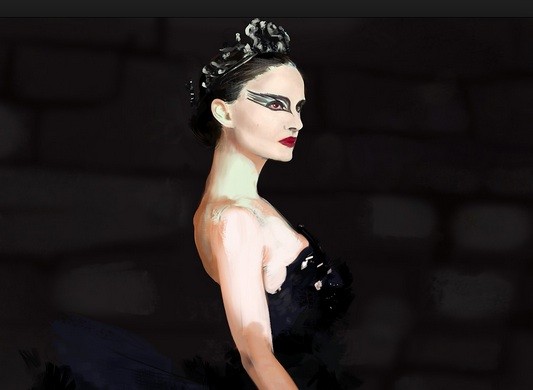 Ensemble Studio Theatre, one of New York’s premier incubators of fine plays, puts on their 35h Marathon of one acts. Series A begins with Mike Wallace, Lenny Ross, Idi Amin, and Natalie Portman among others referenced in novel and perplexing dramas.

The Ensemble Studio Theatre is presenting its 35th anniversary Marathon of one act plays. Although proud of their production, Hand to God, which is now on Broadway with five Tony nominations, they are hardly sitting on their laurels.

The five one-acts that open the marathon are all provocative and some even daring. First up was a musical, or rather a play with songs, written by Anna Ziegler with Lyrics and Music by Matt Schatz.  Mike Wallace's toughest interview, with a 12-year-old TV quiz show phenom, is re-created.  Aaron Serotsky and Jake Kitchen were mesmerizing as Wallace and the boy. Lenny Ross.

Catie Lazarus, who was the goddaughter of prodigy Lenny Ross, writes: “Lenny wore a buzz cut and a bow tie, while a young Wallace sat smoking (and shilling for) Marlboros and generally treating a young boy like a hostile foreign dignitary. Again and again, Wallace hits Lenny with questions about whether he has a “freak” memory, whether he spends time with friends or does other “normal” things, even whether he would “die an idiot.”

"The amazing part was that Lenny didn’t flinch. He parried every question and implication that Wallace threw at him with equanimity, humility, politeness, and even humor. Even as Wallace literally blew smoke at him, Lenny spoke fluently about current presidential politics, education policy, and his personal life...for nearly half an hour, Lenny remained poised, genuine and funny. Wallace had met his match in a 12-year-old kid.”

Friends from Yale Law including soon-to-be California Governor Jerry Brown admired and liked Lenny. He did a stint in the Carter administration, and taught at Harvard and Columbia. While his speeding, whirling mind was young, he controlled it by challenging it with facts and ideas. At some point he lost control. Jake Kitchin captures the precocious boy and Aaron Sarotsky is both greasy and respectful as Wallace.

Lenny’s sad ending might not have concluded Dancing with the Stars, but would dancing have curbed his racing mind? Even for a while?  Playwright Ziegler teases out the horror of a genius' life.

Chiara Atik’s 52nd to Bowery cramped Megan Tusig and Molly Carden into a rainy-night cab. It was a sliver of a moment and delicious.

Silver Men by Amy Fox left to the imagination parallel moments when all the world went pink and another when it went silver. Memories froze in color.  Memories were also ten cent pieces tucked away in boots. Over and over we are told that things are strange: men weep while women are stiff-lipped.  It feels odd like Wilder's: 'the dogs are sticking to the sidewalks.'

Is it Idi Amin Dada sitting behind a desk when a penitent NGO activist lighting up Kenya enters and asks to retrieve his truck? No, it is an underling, but terrifying Ray Anthony Thomas weaves the Amin spell.  Clever as Amin, Police superintendant Okeyo shames the efforts Gabe is making in solar power. In turn, Gabe insults Okeyo.  Gabe will not get his truck until morning, and petty police officers in a ‘corruption free zone’ will continue to extract their pound of pride. Highly dramatic, wonderfully acted, The Big Man shows just how dark the heart of Africa still is, and how small Big Men can be.

Until She Claws Her Way Out by Mariah MacCarthy mentions the black swan, Natalie Portman, and looks at a ballerina’s favorite role, Odette in Swan Lake.

Musing, Naomi Kakuk as Elissa speaks about her wish to be chosen as Odette and her love affair with another dancer.  The playwright suggests the arc: from bruise to bruise.   We do not know that the bruises are inflicted by Max, a serial predator of swan partners.

Elissa relishes her punishing dance training, and enjoys abuse. She tells of succumbing to Max and then separating from him to practice for her auditions. She wins, but who will dance Siegfried? None other than Max. They dance beautifully together, and until she succumbs to Max and darkness.

All the direction was first-rate. A fanciful, moving evening of theatre was created at one of New York’s premier drama incubators.